One-year-old Shaylyn Ammerman, of Spencer, Indiana, went missing between late Tuesday night and early Wednesday morning. Police have confirmed her body has been found. Indiana State police found Shaylyn’s body just after 6 p.m. Thursday evening near the White River, just northeast of Gosport. On Friday, the coroner assigned to Shaylyn Ammerman’s case, Dr. Donna Stewart, performed an autopsy on the toddler which determined she died from asphyxiation, and the death has been ruled a homicide.

Kyle Parker, 22, is the only known person in custody regarding the case at this time.

“Burn in hell, Kyle Parker,” father Justin Ammerman told WTHR. Grandfather Daniel Morgan added, “Kyle or whoever is the cause of it, I hope the wrath of God comes on him.”

Shaylyn’s Uncle Adam told RTV6 that he was up drinking with his stepdad and friend Kyle in his room on Tuesday evening, the night Shaylyn went missing. He also said that Shaylyn’s father Justin was never in the room while the three were hanging out.

In an interview with RTV6, Adam Ammerman stated:

Kyle was in my room sitting in the chair, drinking and talking to people on his phone, I guess, cause I heard the tick, tick, tick texting. And, at roughly, 3, 4 o’clock in the morning, I heard the front door open and I look out my window and Kyle’s walking down the yard to his car. I open my window, I yell out to him, ‘Kyle, where are you going?’ He never answered me back. He just got in his car and took off.

Adam then reported to RTV6 that he didn’t see Shaylyn with Kyle as he left. He admitted that he had alcohol in his system and that his vision was ‘messed up.’

Mom Said She Still Doesn’t Want Anything to Do With Dad, & Says She Still Thinks He Knows Something

Heavy spoke with Shaylyn’s mother Jessica Stewart on Friday evening. When asked about Kyle being the only person arrested so far, Jessica stated, “I don’t want anything to do with Justin or any of them right now. I know he’s covering something up, I know they are. It isn’t adding up. I know there is more to this than just Kyle.” She then said she was about to leave to go to a balloon release in honor of her daughter.

There will be a lot more investigation into this case and I think it’s just a matter of time whether or not more people are arrested. A lot of officers are working a lot of hours to get to this point and they will still likely need an extensive amount of time. We’re the biggest law enforcement agency in the state. I have sat in interviews with several of the officers and they’re very, very good at what they do. That’s why they made an arrest so quick, because of the interview process.

Thursday morning Heavy spoke with Shaylyn’s paternal grandmother, Tammy Morgan. At the time, many were taking to Facebook speculating that Shaylyn’s father, Justin Ammerman, was involved in the disappearance of baby Shaylyn. When asked about this, Tammy replied, “It’s absolutely ridiculous because i know better. I know for a fact he was asleep. No way he would hurt her in no way whatsoever, or her uncle.”

When asked about who had been in the home during the night and into the morning when Shaylyn went missing, Tammy told Heavy that she was home along with her husband and two sons, Justin and Adam. She also stated that a family friend, Kyle, had also been at the home. She thought he had left at about 3 a.m., but couldn’t confirm that since she didn’t see him leave herself.

The circumstances behind what happened to Shaylyn are yet to be known. The mother of Shaylyn, Jessica Mae Stewart, told Heavy that she thought Justin, Shaylyn’s father, knew something. “I told the police I’ve known him since I was 15 years old, 11 years. I know when he’s lying. I can tell he is lying.”

Jessica went onto tell Heavy that baby Shaylyn slept in the living room, and you could see her as you walked in the front door. “As soon as you opened the door you can see her crib.” She then said she thought it was strange how Shaylyn’s grandmother Tammy was acting. She said, “In one interview Tammy is saying it’s weird they didn’t take anything valuable. She took the most valuable thing there! Why would Grandma say that? You don’t consider Shaylyn to be valuable? Everything else can be replaced, Shaylyn can’t. That threw me…it doesn’t matter what you have so why bring it up.”

This story is still developing. Check back for updates and more information as it is made available. 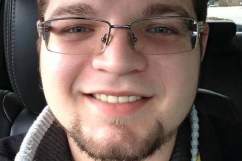 Read More
5 Fast Facts, Breaking News, Crime
wpDiscuz
3
0
Would love your thoughts, please comment.x
()
x
| Reply
The body of one-year-old Shaylyn Ammerman has been found, police have confirmed. A family friend has been arrested in the case and is in custody.