Honestly I have a hard time with paparazzi but s/o to this dude ?

With his days as a squeaky clean teenager on High School Musical far behind him, Zac Efron has established himself as one of Hollywood’s most coveted actors. Whether it was starring alongside Nicole Kidman in The Paperboy or leading a fraternity living next door to Seth Rogen in Neighbors, the 28-year-old is beginning to rack up quite the acting resume.

Efron’s is now a star in the Baywatch movie reboot, where he’ll play of lifeguard Matt Brody, a role portrayed in the TV series by David Charvet.

While Charvet was in good shape, Efron, 28, will undoubtedly give his predecessor a run for his money. The film is set for release on May 19, 2017. Efron — who’s in the physical shape of his life — is already attracting a considerable amount of attention for it.

1. His On-Set Training Partner Is The Rock

"Blood, sweat & respect. The first two you give, the last one you earn." Learned that from @TheRock #Baywatch pic.twitter.com/pRekrSVhWg

Evidently, Efron wanted to put his chiseled physique to the test by competing against Dwayne “The Rock” Johnson, who’s yoked as per usual. Johnson — a WWE Icon — is notorious for posting photos of his insane training sessions. He plays Mitch Buchannon; a role played by David Hasselhoff, who’s also been cast.

While most of the Baywatch crew wrapped, Efron and Johnson — shown in the Instagram post above — stayed put to compete in a tire shrugging contest. The actors’ duel involved repeatedly lifting and turning over semi trailer wheels. Johnson took to Instagram to share about the grueling experience.

“Production for the day has ended, all the extras are going home and the sun’s going down. Me and @zacefron refuse to quit in a tire shrugging contest that lasted for hours. Why? Because we’re #BAYWATCH, we’re bad ass and we’re a slightly dysfunctional family.”

Later in the post, Johnson acknowledged Efron’s on and off-set work ethic.

“On a side discipline note juuuuuust wait til you see the insane shape my boy Efron got in for our movie. Proud of the hard work he put in. That’s the way you make a character “Iconic”.”

Meanwhile, Efron posted an Instagram message of his own for The Rock. Efron — who lost the tire flipping contest — seemed confident that he could take Johnson in a 50-yard dash.

“Blood, sweat and respect. The first two you give, the last one you earn.” Learned that from @therock who I happened to get in a tire flipping race with on #Baywatch. Needless to say I lost this one – come at me on the 50 yard dash and we’ll see what happens, Sasquatch ;)” 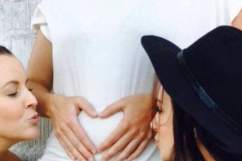 Nothing like a little #NinjaWarrior training to start the day. Months and months of training for this moment… Bring it on @therock let's do this ALL DAY baby! #Baywatch #nowiresneeded

Whether it’s swinging across rings (shown above), raising himself with a pull-up bar or rope climbing (shown below), Efron has embraced an obstacle course remeniscent of the one on NBC’s competition show, American Ninja Warrior.

ANW has now gone seven seasons with no grand prize winner; a testament to its physical difficulty. It’s based on Sasuke, an unorthodox Japanese competition show. 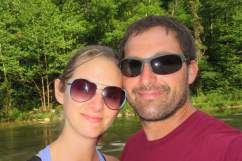 Meet Brody. Cruising into The Bay with nothing to his name but a duffle bag and a bike #baywatch pic.twitter.com/YVha8CAzP5

As Brody, Efron takes over a role previously played by Charvet. During the TV series — which the reboot won’t necessarily follow — Brody had a long-term relationship with Summer in the show’s fourth season. However, he wanted a similar relationship with CJ Parker (Pamela Anderson), who’s played by model Kelly Rohrbach. He was forced to resign after a bogus sexual harassment lawsuit was filed against him by Neely Capshaw (Gena Lee Nolin). However, Brody was reinstated after it was found to be false.

Efron described his version of the character to Entertainment Tonight on March 2.

“I play Matt Brody. He’s sort of like the brash, young recruit. He doesn’t necessarily see eye to eye with Mitch on many things.”

Efron’s love interest in the movie — Summer Quinn — is played by San Andreas actress, Alexandra Daddario. The Summer character on the TV show was played by Nicole Eggert.

According to Daily Mail, Efron and Daddario, 29, have shared “on-screen chemistry and some of it spilled over into some playful flirting as they hung out between takes.” The site also reported that “the acting duo were convincing in their attraction for each other.”

Daddario officially signed onto the Baywatch cast on November 18, 2015, as Johnson — her co-star on San Andreas — took to Instagram to welcome her aboard.

“[I] Want to welcome the talented and gorgeous @alexannadaddario to the cast of #BAYWATCH for the role of ‘Summer,’” Johnson wrote on Instagram. “Alex is a one of kind woman (I know from experience) and can’t wait for you guys to see her own the role.”

IT'S OFFICIAL: Want to welcome the talented and gorgeous @alexannadaddario to the cast of #BAYWATCH for the role of "Summer". Alex is a one of kind woman (I know from experience) and can't wait for you guys to see her own the role. The female roles of #BAYWATCH have become extremely hot properties around Hollywood and as promised, the quality women we'll cast are stepping into these roles to have fun and make them iconic for the world to enjoy. The #BaywatchFamily so far consists of a tatted up bald guy named Rock, the cool, yet extremely unattractive @zacefron, the talented and gorgeous Alexandra Daddario…and some big casting announcements coming soon. And juuuuust wait til you guys see who we cast for the iconic role of "CJ Parker"….? #CueSlowMotionRunningDownTheBeach #WhosPuttingTanningOilOnMyBack? #OrMyFront #BAYWATCH ???

“Thank you. Extremely excited. Been practicing my slo-mo run all morning”

Thank you! Extremely excited. Been practicing my slow-mo run all morning. https://t.co/3E2S2SlMHM

According to Deadline, she was on the short-list that included Nina Dobrev (Vampire Diaries), Ashley Benson (Pretty Little Liars), and Alexandra Shipp (Straight Outta Compton). Other names on the short list were Shelley Hennig (Teen Wolf), Bianca A. Santos (The Duff) and Denyse Tontz (Big Time Rush).

5. He Cares About His Fans

When @dopekid_23 spotted Efron near the Miami Beach Baywatch set, he attempted to run him down for a snapchat. However he smashed his smart phone — shown below — in the process. In response, Efron got him a new phone.

Later, the actor — who posted a “love and respect” shout out to his fans — grabbed the lucky fan out of a crowd and got him access to the Baywatch movie set.

Loading more stories
wpDiscuz
0
0
Would love your thoughts, please comment.x
()
x
| Reply
Zac Efron is giving co-star The Rock's physique a run for its money for his latest role as Matt Brody in the Baywatch movie reboot.