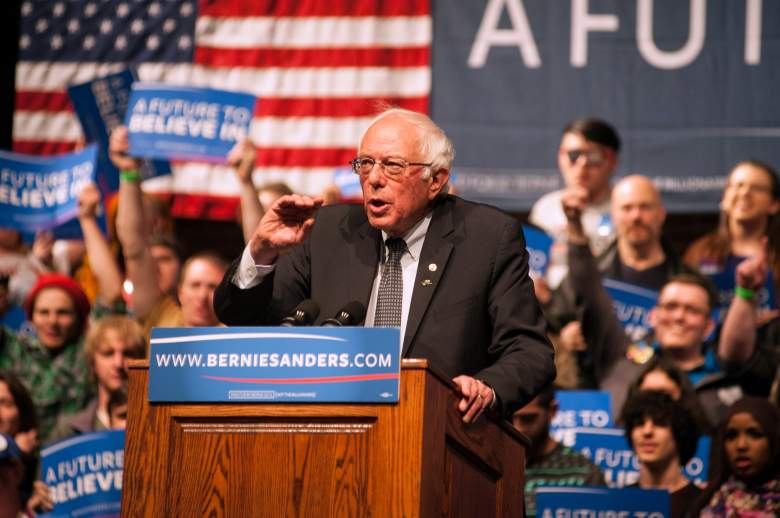 Bernie Sanders is on a winning streak. (Getty)

Fresh off a sizable victory in Wisconsin, Bernie Sanders touted his recent string of seven victories in the last eight nominating events during his victory speech in front of an enthusiastic Wyoming crowd. Pointing to the recent momentum of his campaign, Sanders reiterated he is in the race to win and his commitment to staying in the contest through the convention.

Supporters “feeling the Bern” and skeptics alike are asking if Sanders can win the nomination. While mathematically Sanders is not eliminated, he faces a long road ahead to secure the Democratic nomination.

With the Wisconsin victory, Sanders has a deficit of 206 pledged delegates. This does not include superdelegates where Sanders faces a larger deficit and is tasked with getting them to flip from their support of Clinton.

Here’s a look at a potential path to Sanders winning the nomination.

The Sanders Campaign Is Looking Towards a Contested Convention 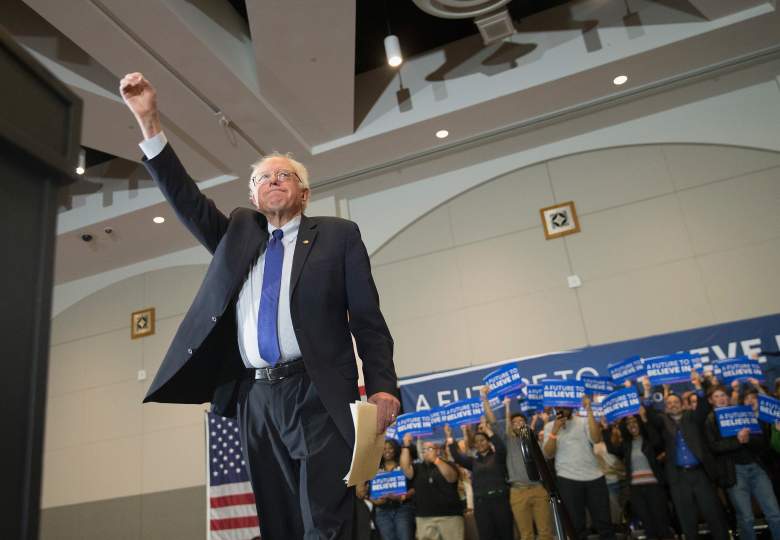 Bernie Sanders is looking to make noise at the Democratic National Convention. (Getty)

The Sanders Campaign has been increasingly vocal about their desire for a contested Democratic convention. Shortly after CNN projected Sanders as the Wisconsin victor, campaign manager Jeff Weaver sat on the CNN set. Weaver stood in front of a delegate map with the experts in an attempt to explain Sanders potential path to the nomination.

Weaver was open about their desire to see a contested Democratic National Convention on July 25 noting the similarities in paths with the Republican party. If neither Sanders or Clinton reaches the 2,383 delegates needed to secure the nomination outright, it opens up the possibility of a contested convention.

There is a big difference in the two parties on the likelihood of a contested convention. On the GOP side, Donald Trump faces massive resistance among members of the Republican establishment. These are people likely to back Ted Cruz and look to get him the nomination in any way possible.

Clinton has a lot of support among members of the Democratic party. She has 483 superdelegates compared to 31 for Sanders. While superdelegates are free to switch allegiances, Sanders has a sizable deficit in the popular vote. The Sanders campaign is targeting superdelegates in states like Washington where Sanders won the primary by a large margin but the state has superdelegates still supporting Clinton.

Sanders is hoping he can continue to pick up surprise victories and prove to members of the Democratic establishment that he has the best chance of winning a general election. Polls do show Sanders doing better than Clinton against Trump. That said, polls also show Clinton with a sizable lead against Trump but not by as wide of a margin as Sanders in a potential matchup.

As things stand, Sanders faces deficits in the popular vote, pledged delegates and superdelegates. To have any success at a contested convention in winning the Democratic nomination, he likely needs at least two of these three factors to change. 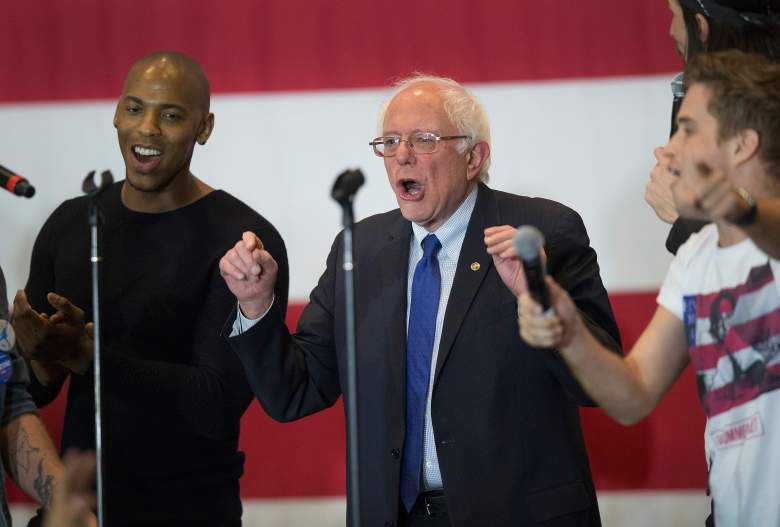 While the New York Democratic primary is fast approaching, Clinton continues to enjoy a sizable lead on Sanders in early polling. Sanders has cut into her margin in recent weeks but best case scenario for Sanders in New York seems to be a narrow victory. While a slight victory would prevent Clinton from pulling away in the delegate race, it is unlikely to help Sanders in gaining significant ground on Clinton.

The challenge for Sanders even in the states with a large number of delegates at stake is Democratic delegates are awarded proportionally based on results. For example, a 60-40 victory for Sanders in a state means Clinton still ends up with roughly 40% of the state’s delegates.

Clinton put a lot of points on the board in early primaries, especially with her sweep of the Southeast by a wide margin. Sanders is trying to slowly gain ground on Clinton’s lead.

All this points to the importance of California who will host its Democratic primary on June 7, the final day of nominating events.

While California has 475 delegates, it is likely Sanders will need not just a win but a sizable victory in the Golden State. Sanders is trailing in early polling but still has time to gain ground before the June primary.

California appears to be a key strategic point in Sanders strategy of gaining the nomination.

“You’re going to see me here more than you feel comfortable with. We think we have a path to victory and that path absolutely has to come through California,” Sanders told The Los Angeles Times.

A Sanders path to nomination is not impossible, but it is improbable. It will take surprise victories in states like New York and California in addition to victories by a wide margin in some of the smaller states.

Sanders hopes the momentum he is building will gain steam all the way into June and pressure key members of the Democratic party to pledge their support to him similar to what Barack Obama did in 2008. He is on the clock to prove to both the party and to voters he can gain the kind of support Obama had in 2008 on his way to the White House. 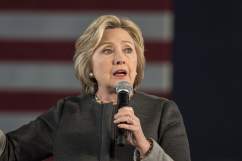 Read More
Bernie Sanders, Hillary Clinton, Politics
Will Bernie Sanders recent string of victories propel him to win the Democratic nomination? Find out more about Sanders path to the nomination.