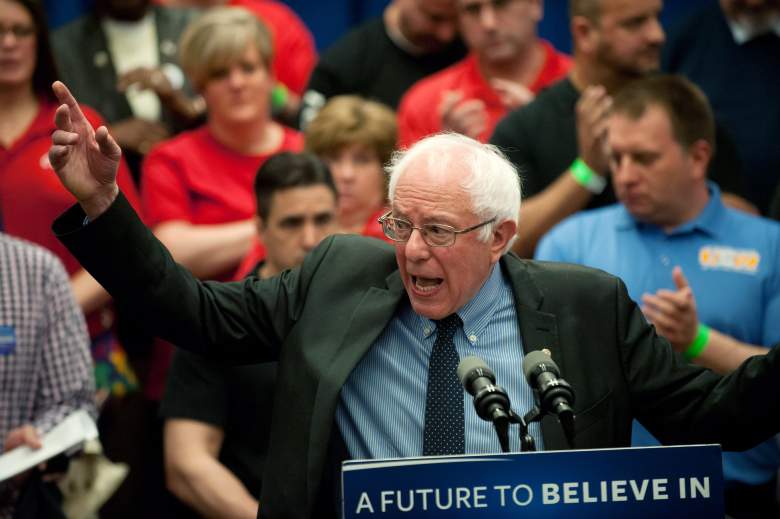 Bernie Sanders won Nevada Saturday after county conventions took the win from Hillary Clinton. The Clinton and Sanders campaigns clashed at Nevada county conventions, and Sanders walked away with three county wins, including Clark County where Clinton had originally won the vote. This means that although Clinton got more votes on caucus day, Sanders will likely end up with more delegates. Projections put him getting anywhere from 1 to 10, although most hover around 1 to 4. Some sources, such as Ralston Reports, said he gained two delegates over Clinton. Sanders’ campaign manager said he netted four over Clinton.

The Clark County convention was filled with drama, including rumors that Sanders delegates were told not to show up and others being threatened with arrest. In the end, more delegates voted for Sanders than Clinton, flipping the results of Clark County, which includes Las Vegas. It’s unclear at this time exactly how many new delegates Sanders is picking up from Nevada, since delegates are unbound until the state convention, but he definitely won some today.

Although Clinton had more delegates than Sanders after the Nevada caucus election, Sanders walked away with more wins on Saturday because either her delegates didn’t all show up for the county conventions or they changed their votes. Alternates are able to vote in the place of delegates who don’t show up.

It’s unclear at this time exactly what this means statewide or how many extra delegates Sanders will pick up from the state convention. There are 35 delegates total for Nevada and 25 are rewarded proportionally based on caucus results. Twelve are awarded through county conventions. Sanders may pick up as few as just one or two extra delegates, or it could give Sanders as many as 10 extra delegates in the national convention. (Nevada also has eight superdelegates.)

2. Officials Deposed the Credentialing Chair at the Beginning of the Convention

Officials deposed the chair of the Clark County credentials committee, Christine Kramar, who was a Sanders supporter but had a neutral role in the county convention. She said she chose to stay neutral because she wanted to represent all the people of Clark County. An emergency meeting was held by the executive board and Kramar was removed from her position on Saturday. Kramar said she wasn’t given an opportunity to defend herself. When asked to leave the executive board meeting, she sat on the ground in protest.

Some say that officials sought to remove Kramar because she stopped rule violations during Friday night preregistration that were hurtful to the Sanders campaign. Others say she was actively campaigning against Clinton. The following message was shared on Facebook, but it has not been confirmed if this was actually from the Clinton campaign:

Nevada has three delegates: elected (chosen at precinct caucuses), alternates (named at the precinct caucuses), and unelected alternates. The Credential Committee, which decides who can serve as a delegate, consists of two Clinton representatives and two Sanders representatives, Uncut reported. Kramar was the chair of that committee. On Friday, both sides accused the other of cheating, which led to Kramar’s attempted removal.

At the heart of the dispute over Kramar was email correspondence with Clinton’s campaign, that she eventually shared with a Sanders representative. Uncut reported that Angie Sullivan, a member of the credentials committee, had claimed that the Clark County Democratic Party shared information with Clinton’s campaign but not Sanders’. That was why Kramar added a Sanders campaign rep into email correspondence. Meanwhile, Clinton’s campaign attorney Marc Elias said that Kramar had shared proprietary information and demanded she be removed. Kramar said she was only being a neutral party and making sure everyone knew what was going on.

Bernie Sanders’ campaign manager, Jeff Weaver, spoke out on Twitter about the state of the Clark County convention. There were only 6,600 seats for 8,900 delegates, he said. Police were called to remove people from the overflow area. He added that it made Arizona look like its election was well run. For more information about Arizona, read the story here.

This isn’t the first time in the presidential campaign that a caucus or primary win was changed in the convention. On the GOP side, Donald Trump won Louisiana with the popular vote on primary day. But Ted Cruz ended up with more delegates at the state convention.

4. Police Were Called to the Convention, With Rumors of Arrests

During the Clark County convention on Saturday, there were rumors that some delegates were arrested, but these rumors were never substantiated.

It was never indicated if anyone was actually arrested. According to Uncut, the Clark County Democratic Party called the police to remove Kramar from the premises on Saturday. The other members of the credentials committee, including two Clinton delegates, sat with Kramar in solidarity. Police threatened Kramar with a trespassing charge, as seen in the video below, but didn’t actually arrest her:

5. Delegates Were Given Conflicting Information About Whether They Needed to Attend the Convention 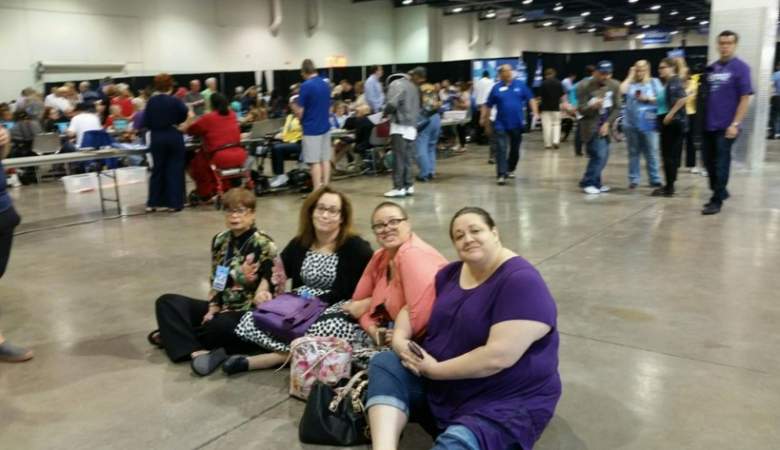 This is a letter that Hillary for America sent to their delegates, shared by Tacy Geesaman on Facebook and with Heavy:

And this is a copy of the email that was sent to delegates on Friday, causing the confusion. This was shared by Angie Leach on Facebook:

Geesaman told Heavy: “I had to say I was a Hills delegate just to get the flyer (because) they were only handed out to Hills supporters after check-in Friday night.” Geesaman was a delegate for Sanders at the Clark County convention and was a Precinct Captain for 1302.

It’s understandable why delegates were so confused about what they were supposed to do, especially with receiving conflicting information.