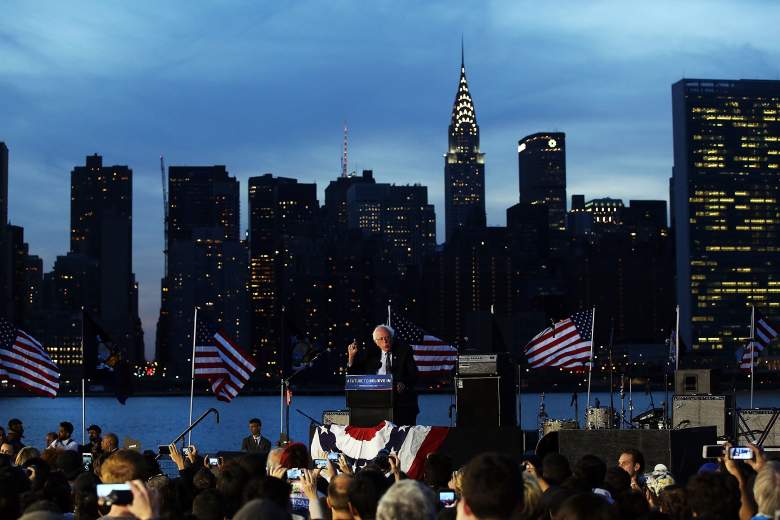 Could Bernie Sanders pick up more delegates in New York from the primary lawsuits? (Getty)

Two lawsuits are brewing in New York state, seeking to stop the New York primary election results from being certified. The suits, one filed by attorney Mark Moody and one filed by attorneys for Election Justice USA, are approaching the same problem from two different angles. (Read more about Mark Moody here.) If either lawsuit is approved, what could this mean for the delegate count in New York? Could Bernie Sanders pick up any additional delegates from the primary? His motion argues on grounds that a closed primary is unconstitutional according to New York state law. 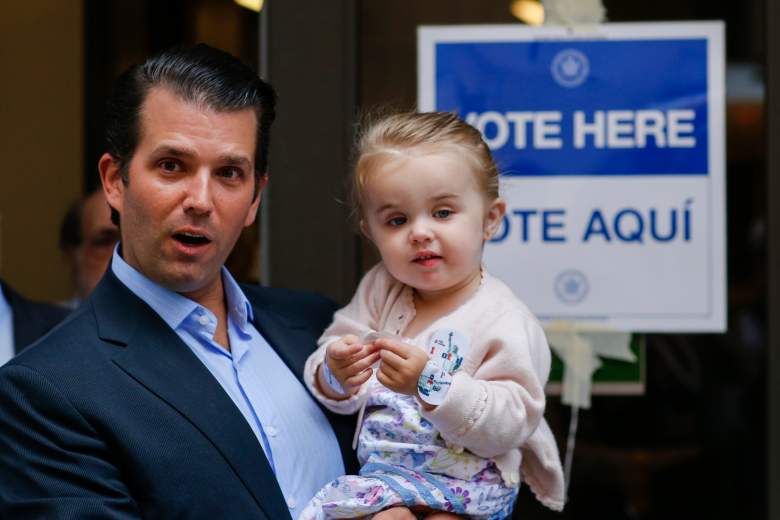 Donald Trump Jr. holds his daughter while he speaks with reporters, after casting his ballot in New York. Trump’s children Eric and Ivanka couldn’t vote in New York due to the closed primary, and were cited in Mark Moody’s lawsuit. (Getty)

Attorney Mark Moody filed an emergency motion and class action lawsuit in the New York state Supreme Court asking for the certification of New York primary election results to be stopped. On Thursday, a judge scheduled the hearing for Friday at noon Eastern. After an hour of oral arguments, the judge decided to take the weekend to think over all the information that was presented, reported Jordan Chariton of The Young Turks.

The judge ruled against a temporary restraining order to stop the certification, Jordan Chariton reported. But he also said that “the Court still has an open mind as to whether petitioner might ultimately prevail on the merits… Petitioner may be entitled to declaratory relief; but this Court finds… given what an uphill battle he faces … he is not entitled to stop the gears that are already in motion…”

Mark Moody’s class action lawsuit is seeking to have the closed primary in New York declared unconstitutional. He also wants to stop the results of the New York primary from being certified, New York Daily News reported. He filed a lengthy lawsuit, stating that requiring New York voters to choose a party affiliation ahead of casting a vote violates the New York state constitution.

He noted in the lawsuit that even Donald Trump’s own children, Eric and Ivanka, couldn’t vote for their dad because they were registered Democrats. Moody said in his suit:

“The Trump children and I, together with millions of other New Yorkers, were dis(en)franchised.”

If a presidential candidate’s own children couldn’t figure out how to register on time, there’s obviously a problem with the system, he pointed out.

Moody’s lawsuit is based on the idea that the closed primary is unconstitutional according to New York state laws. To read court documents for the lawsuit, please see this link. 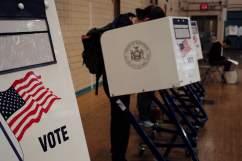 EJUSA’s attorneys have been working pro bono on the lawsuit. They intend to file their own emergency order on Tuesday, seeking an injunction to stop certification of the New York primary results.

This means that if Moody’s injunction isn’t accepted on Friday, there will be a different chance for an injunction on Tuesday.

According to Gothamist, the lawsuit reads:

To read more about the case, you will want to view the following files:

Order to Show Cause for Preliminary Injunction, Temporary Restraining Order, and Declaratory Judgement

You can also read more about Election Justice USA’s lawsuit in the story below:

3. Hundreds of Thousands of New York Voters Couldn’t Cast a Ballot in the Primary 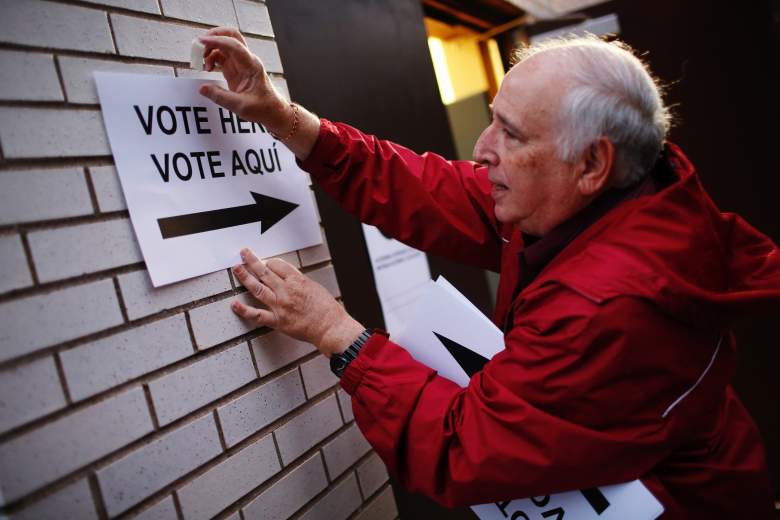 A worker places a sign ahead of the opening of a polling station during the New York State presidential primaries on April 19, 2016. (Getty)

Hundreds of thousands of residents in New York lost their constitutional right to vote in the primary for reasons that aren’t fully understood. In Brooklyn alone, 126,000 Democratic voters were removed from the rolls and it’s not clear how many of those were removed incorrectly, SILive reported. Michael Ryan, executive director of the Board of Elections, said the agency was behind in maintaining its voter records and removed all ineligible voters are once. It’s possible, he said, that letters verifying voters’ addresses didn’t go out at all and those voters were simply removed from the rolls. Republican Diane Haslett-Rudiano, the chief clerk in Brooklyn, was suspended without pay pending an internal investigation of how the 126,000 voters were purged in Brooklyn.

But there were even more problems beyond just those among the 126,000 purged in Brooklyn. Many more, throughout the state, arrived to vote in the primary only to be told that they weren’t registered or they were affiliated with the wrong party. Many voters who checked their registration prior to the election day discovered the error, and not all of them were able to get the error fixed.

It’s still not known what is causing such widespread errors in voter registration, problems which are also being reported in many other states.

You can read more about the voters’ issues and stories below:

4. The Election Results Will Likely Be Certified in Early May

According to Jordan Chariton of The Young Turks, it may not be officially known when New York election results are scheduled to be certified, but his sources tell him that the date is May 5. He shares more information in the Facebook video above.

It’s not known exactly how many provisional and affidavit ballots were cast in New York state, nor how many people were turned away from voting altogether. Election Justice USA is seeking to get those exact numbers when counties audit their votes:

5. Delegate Counts Could Change, Allowing Sanders to Pick Up More, Depending on the Results of These Lawsuits 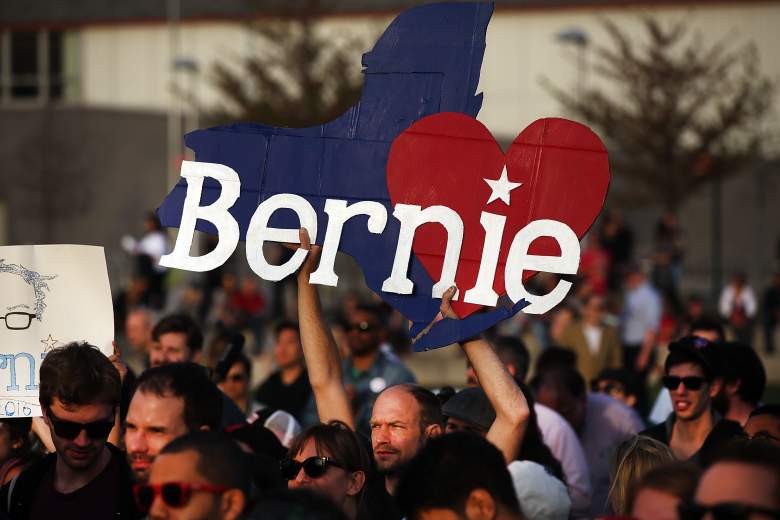 People cheer as Democratic Presidential candidate Bernie Sanders walks on stage at a campaign rally on the eve of the New York primary, April 18, 2016. (New York)

With the huge number of voters who had problems or weren’t able to vote at all in New York, an overarching decision that allows their votes to be counted or declares the primary unconstitutional could certainly change the delegate count, depending on what type of remedy is chosen.

Supposing that every provisional ballot does eventually get counted, this could change the delegate count quite a bit. Here’s an example.

In the primary, Hillary Clinton beat Bernie Sanders 58 percent to 42 percent, according to The New York Times. She had 1,054,038 votes in the state to Sanders’ 763,469 votes, giving her 139 delegates to Sanders’ 108. Since delegates are awarded proportionally in the Democratic primary, a change in vote numbers could certainly make a difference in the delegate count.

If all the provisional ballots throughout the state of New York were counted, Clinton would likely still win. But because delegates are awarded proportionally, she might win by a smaller margin, which would mean that some delegates would flip to Sanders.

At this point, we’re not sure how many provisional ballots will be counted and from which cities. Election Justice USA wants them all counted. Depending on the results of these lawsuits, some flipped delegates aren’t outside the realm of possibilities.