DJ Khaled performs during Pepsi Super Friday Night at Pier 70 on February 5, 2016 in San Francisco, before touring with Beyoncé which he will begin in the end of April. (Getty)

DJ Khaled’s song “All I Do is Win” officially came to fruition today when he announced the ultimate win: a spot on Beyoncé’s The Formation World Tour.

Khaled’s other recent wins include deals with Epic Records and Roc Nation, and his CEO position at We The Best.

1. DJ Khaled Will Be Beyoncé’s Opening Act on The Formation World Tour…and He Can’t Wait 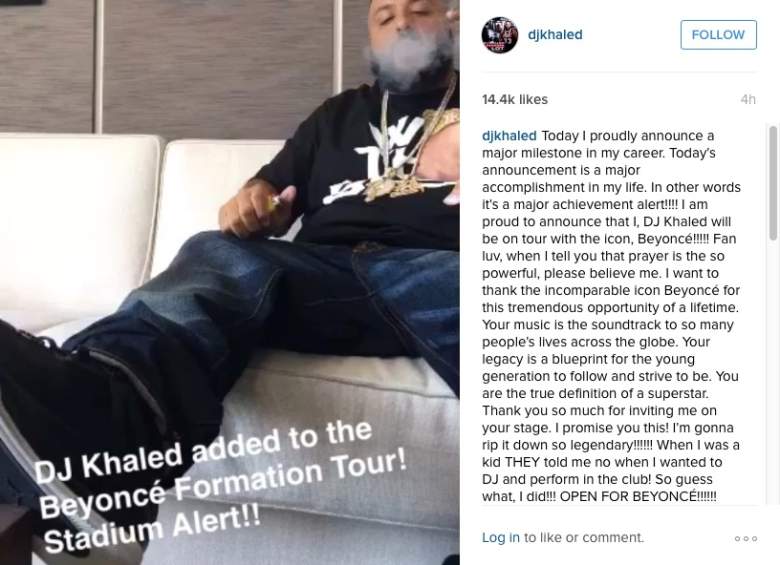 DJ Khaled announces he will be opening for Beyoncé on the Formation tour. (Instagram/@djkhaled)

DJ Khaled teased his fans telling them to tune into his Instagram and Snapchat on 12 p.m. April 19 for a special announcement.

He then posted a lengthy caption under an Instagram video announcing his big news.

“They told me I would never tour, now I’m on the Beyoncé Formation tour,” Khaled said in the video.

He expressed his excitement with a lengthy caption:

“When I was a kid THEY told me no when I wanted to DJ and perform in the club! So guess what, I did!!! OPEN FOR BEYONCÉ!!!!!! Fan luv we did it! We made on the stage with the Queen. Get ready to feel passion pain success and tears of joy in a STADIUM NEAR YOU!!!!! Miami, see you soon!!! I’ll be on stage with Beyoncé on April 27 and then I’ll be on the road to more success. Thank you again Beyoncé for making this dream come true for me. I will never stop fan luv. Bless up!!”

If the exclamation points are any indication, he can’t wait.

2. Beyoncé’s Husband, Jay Z, and DJ Khaled Have Worked Together Before 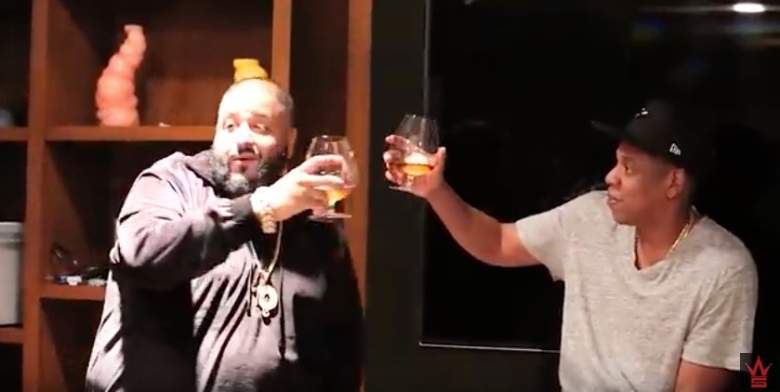 That’s where the relationship between the Carters and Khaled began. In February 2016, the DJ and producer signed with Roc Nation’s management division, which is Jay Z’s company, according to BET.

They announced the deal via video, in which the DJ was presented with the coveted Roc Chain:

3. They’ve Already Made a Ton of Money Off the Tour 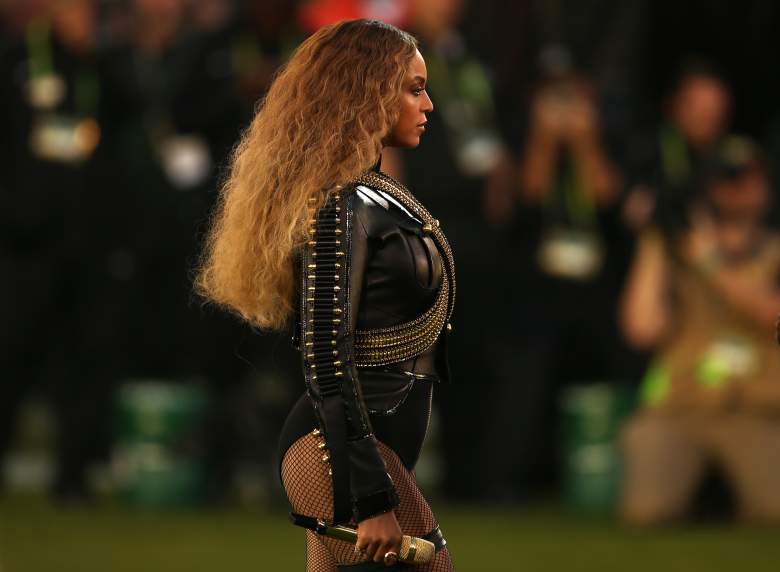 Beyonce performs Formation for the first time during the Super Bowl before starting her Formation tour. (Getty)

While the tour hasn’t even launched yet, they’re already raking in the dough. According to Entertainment Weekly, sales for the tour exceeded $100 million in revenue just two weeks after going on sale.

4. Beyoncé and DJ Khaled Will Be Working Together for 3 Months

As Khaled mentioned is his announcement, he will join Beyoncé onstage when the tour commences April 27 in Miami.

They wrap the North American leg June 14 in Detroit. Assuming he will be accompanying her throughout the tour’s entirety, they pair will then take on Europe together, with performances in cities like London, Paris and Brussels, before wrapping up July 31, according to Billboard.

Let’s hope they get along.

5. They Both Have Other Projects in the Works

Beyoncé’s Lemonade is airing this Saturday, April 23 at 9 p.m. ET/6 PT on HBO. The hourlong special will not be a live concert, but a “docu-style special similar to her 2014 HBO special, Life is But a Dream,” according to USA Today.

Other outlets, like Entertainment Weekly, have described it as a “lengthy concept video.”

Basically, the special’s premise is a huge mystery that will reveal itself this weekend.

The trailer features some seriously kooky characters, like models in face paint and Queen Bey with a bat.

Bustle reports that “his appearance as a support act on The Formation World Tour will be followed by a new record.” 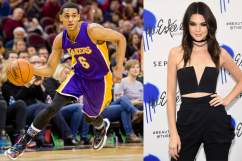