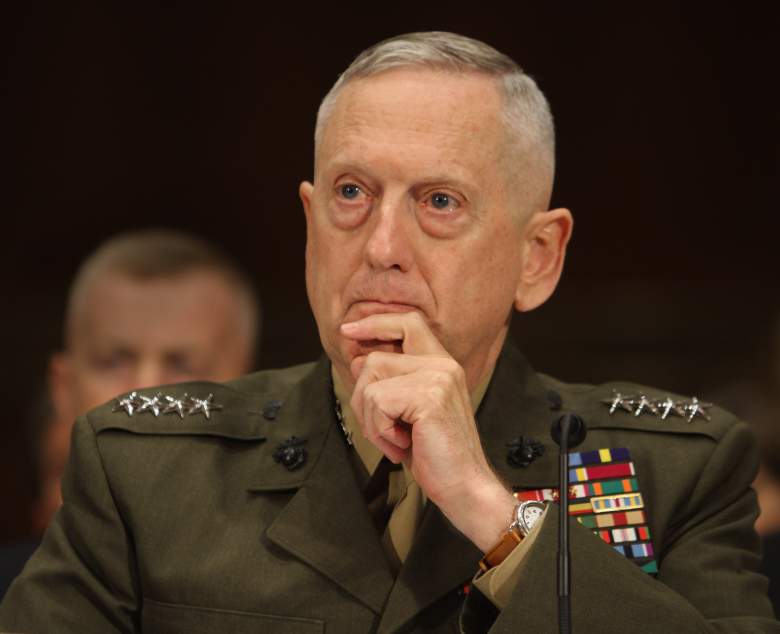 Marine Corps General James Mattis is being considered as a third-party candidate for the 2016 presidential election. (Getty)

Retired Gen. James Mattis’ name has been frequently mentioned during the 2016 presidential campaign, and now he’s President-Elect Donald Trump’s choice for Secretary of Defense. Mattis’ name was first mentioned during the campaign when some conservatives hoped the four-star general would run for the Republican nomination. Later, his name was floated around as a possible option if the Republican convention ended up being contested. Some supporters of Donald Trump had hoped that Trump might name Mattis as his vice president, while others hoped Mattis would run as a third party candidate. He avoided running in the election at all, but now it looks like he might be given a very powerful position. Who is Mattis and why has he been so popular this year?

1. Mattis, Former Head of U.S. Central Command, Had Nominations From Both Bush and Obama 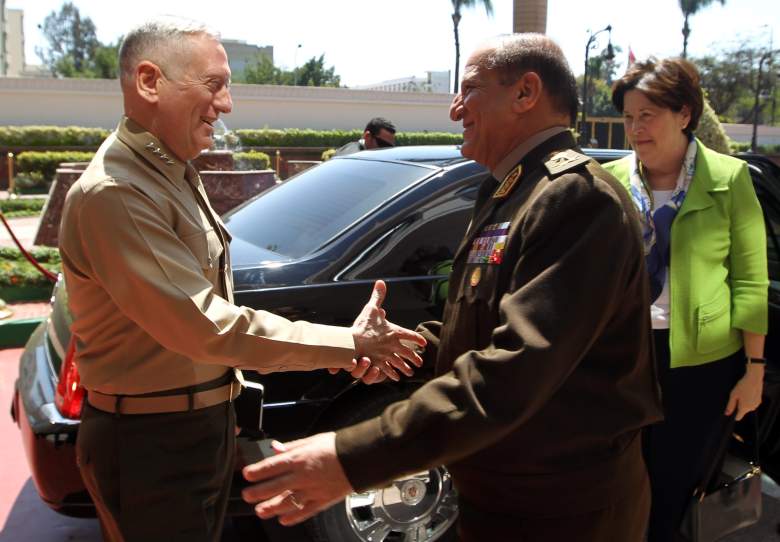 Egyptian Chief of Staff of the Armed Forces Sami Anan (R) welcomes US Commander of the Central Command James Mattis upon his arrival for a meeting in Cairo on March 29, 2011. (Getty)

Mattis has a distinguished military service that lasted 44 years. He served as the 11th commander of the United States Central Command from 2010 to 2013. From 2007 to 2010, he commanded the United States Joint Forces Command. He’s highly decorated.

Mattis served in the Persian Gulf War, the War in Afghanistan, and the Iraq War. During the war in Afghanistan, he was known as an officer who engaged with “real leadership,” and stayed out on the lines with his Marines. On the eve of the 2003 invasion of Iraq, he wrote a letter addressed to the members of the 1st Marine Division that was widely circulated:

General Mattis’ letter before the invasion of Iraq in 2003. (United States Marine Corps)

In 2007, President George W. Bush nominated Mattis to the rank of general to command the U.S. Joint Forces Command in Norfolk, Virginia. In 2010, President Barack Obama nominated Mattis to replace David Petraeus as commander of the United States Central Command. However, the Obama administration thought Mattis was too eager for confrontation with Iran. He retired in 2013. 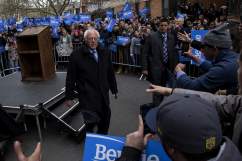 2. He Once Pulled Duty on Christmas So a Marine Could Be With His Family 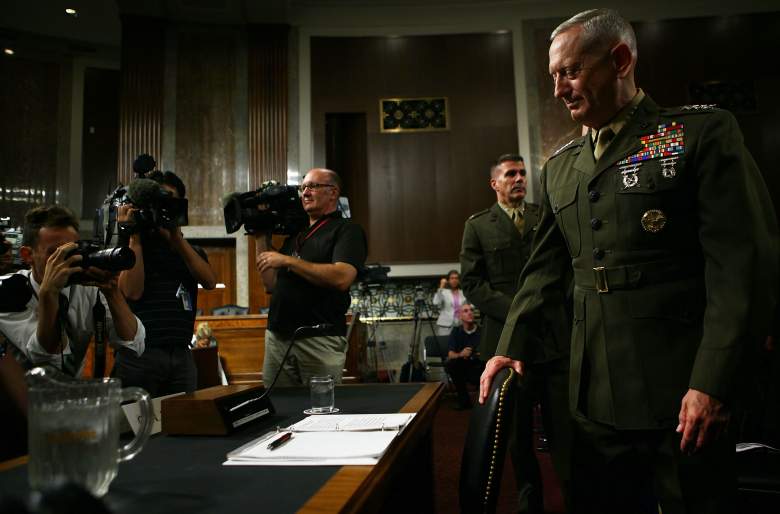 A rumor that Mattis once pulled duty on Christmas is true, according to Stars and Stripes. The general, known for his commanding style, apparently also has a softer side. In 1998, retired Marine Gen. Charles Krulak, who was commandant at the time, was delivering cookies to every Marine duty post in Washington and Quantico on Christmas day. He made a delivery to the Marine Corps Combat Development Command headquarters and the Marine on duty said the officer of the day was Mattis. He was surprised and repeated the question several times. That’s when he saw Mattis and asked him why he was on duty on Christmas.

Mattis said, “Sir, I looked at the duty roster for today and there was a young major who had it who is married and had a family; and so I’m a bachelor, I thought why should the major miss out on the fun of having Christmas with his family, and so I took the duty for him.” Krulak said he had never run into a general officer, before or after, who stood duty on Christmas Day. 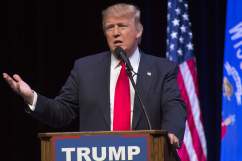 Who Are Trump’s Stolen Tennessee Delegates?

3. Mattis Has Said that the U.S. Is Suffering ‘Strategic Atrophy’ Under Obama

Mattis has never minced words when it came to his opinions about U.S. leadership. Just a year ago, he said the U.S. was suffering “strategic atrophy” under Obama’s leadership, The Washington Times reported. He said that Russian President Vladimir Putin wanted to break NATO apart and China was doing a good job of finding friction points between U.S. allies. But he added that policy missteps could be corrected with the right leadership. 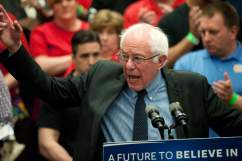 4. Mattis, Who Has Never Married and Has No Children, Is Known as the ‘Warrior Monk’ 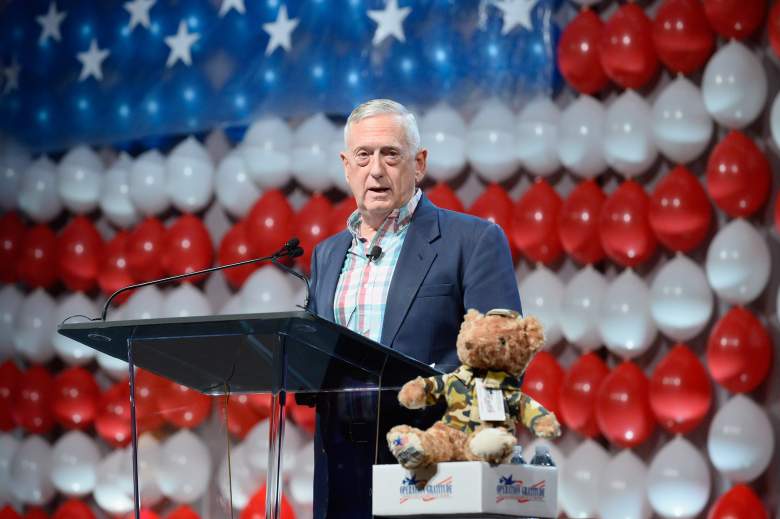 Mattis’ long and distinguished military career didn’t leave much time for a personal life. He’s never been married and has no children. His dedication to service and scholarly pursuits earned him the nickname “Warrior Monk.” He devoted his time to studying war, including being able to quote Sun Tzu, Ulysses S. Grant, George Patton, Shakespeare, and the Bible, Fox News reported. He also carried a copy of the Meditations of Marcus Aurelius with him on his deployments.

Mattis has said that he’s never caught “flat-footed” in any situation thanks to his readings and studies, Marine Corps Times reported. “(It) doesn’t give me the answers, but it lights what is often a dark path ahead.”

5. His Name Was Mentioned as a Possible Third-Party Candidate, But Now He Might Be Secretary of Defense 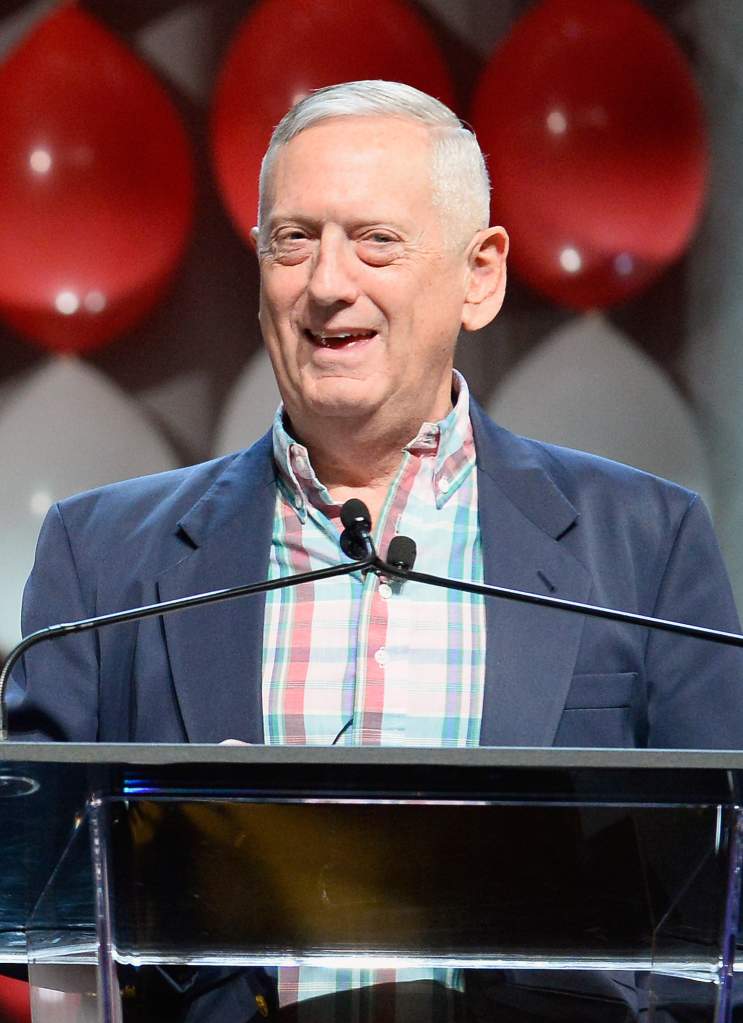 Gen. Mattis has been suggested as a possible third party candidate. (Getty)

Before the election, some circles had considered pushing the 65-year-old general to run as a third-party presidential candidate after Donald Trump got the Republican nomination, Newsmax reported. About a dozen wealthy donors gave him a package that mapped out a plan for him to possibly win the election. In March, Mattis said the stirrings were just “idle talk.” But still, many pushed for Mattis to be the “Plan B” to a Trump nomination.

Very interesting. I'd gladly follow General Mattis through the gates of hell to do battle. I am proud to have… https://t.co/b8VHsKZ4d4

John Noonan, a former Jeb Bush aide, said Trump was a fascist lunatic, adding, “I’d be first in line to plead with the general to come save America.” Part of the plan would be for Mattis to get enough votes in the general election that neither Clinton nor Trump received enough to get the needed 270 electoral college votes to win, the Inquisitr reported. In that case, the House of Representatives would choose the victor and they might choose Mattis.

There were also rumblings of Mattis being brought up as an option if the Republican convention was contested, which it was not. Meanwhile, some Trump supporters had hoped that Trump would name Mattis as his VP, and they discussed the possibility on social media. You can read one particular passionate call for that consideration on Reddit here.

Back in 2012, Mattis told The Marine Corps Times that he wasn’t interested in being President because he didn’t have a broad enough perspective, and it was time for younger veterans to run for office. Here he is addressing the question again in 2015:

He has also mentioned that he wasn’t politically correct enough for the office:

I’ve lived a very colorful life and I’ve said some things. But not once have I taken them back, and I’ve never apologized for them — and I won’t. I like the enemy knowing there are a few guys like me around.”

It appears that his life is colorful enough for Trump to consider him for one of the most important positions: Secretary of Defense.
Read More
5 Fast Facts, Breaking News, Politics

Loading more stories
wpDiscuz
13
0
Would love your thoughts, please comment.x
()
x
| Reply
Gen. James Mattis is being mentioned as a possible Secretary of Defense for Trump. Who is he? Does he have a family? Find out more.