An 18-year-old former student was shot dead by officers after opening fire outside of the prom Saturday night at Antigo High School in Wisconsin, police said.

Two students were shot by Wagner, and were hospitalized, but their injuries are not expected to be life threatening.

1. Wagner Was Bullied in High School & Was Depressed After Recently Breaking Up With His Girlfriend, Students Say

Students told WITI-TV that Wagner went through a bad break-up recently and was depressed.

The student says the two victims were randomly chosen. She believes Wagner planned to open fire inside the prom. #Antigo

Dylan Dewey, who knew the gunman, told NBC News that Wagner had been dating a girl who was a student at Antigo until they broke up last month.

He said Wagner was fun to be around.

“When we talked it was always a good time,” Dewey told NBC News. “He would laugh and smile when around his friends.”

Other students told the Wausau Daily Herald that Wagner was bullied a lot in school.

Emily Fisher, 19, told the newspaper students called him names and may have been violent toward him, partly because of bad hygiene. She said the bullying began in middle school and lasted through his high school years.

“Ever since we were younger, he was one of the kids you kind of watched out for,” Fisher said told the Daily Herald. “If someone was going to shoot the school, we thought it was going to be him.”

Dakotta Mills told the Associated Press Wagner was interested in guns and wanted to be a hunter, but Mills wasn’t sure if Wagner could afford to buy a gun.

Wagner graduated from Antigo High School last year, according to police. He was a member of the high school’s marching band, according to his Facebook page.

He posted on Instagram in October that he marched in the high school’s homecoming parade with the band, despite having graduated in the spring.

Wagner was named to the school’s honor roll in 2015, according to the Antigo Times.

Police have not said if they have a motive for the shooting.

“The initial investigation and officer response indicate this was a lone shooter and a search warrant is being executed at his residence seeking any additional information pertaining to this incident,” police said in a statement.

The shooting occurred at about 11 p.m. at Antigo High School, where the prom was being held, police said in a press release.

“Two students who were attending prom festivities were shot as they exited the building,” police said in the release. “City of Antigo Officers who were patrolling the parking area heard shots fired, and one of those officers was able to fire upon the shooter stopping the threat to additional attendees. The officer’s immediate response prevented further injuries and possible casualties.”

Waiting for a press conference in Antigo after a shooting at the school prom. Authorities should be talking soon. pic.twitter.com/lOjtWudtIV

Jakob Wagner was taken to a local hospital and was pronounced dead at about 1 a.m., according to police.

Police said Wagner used a rifle in the shooting. 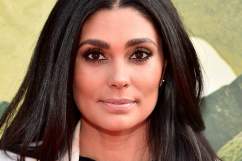 3. The Prom Was Put on Lockdown Until the Other Students Could Be Safely Removed

The prom was put on lockdown after the shooting until police searched the area and determined the lone shooter had been stopped, according to the press release.

“All the people within the prom were eventually escorted from the school and are safe,” Police Chief Eric Roller told reporters.

Sonia Reed, the parent of one of the students inside the prom, told WSAW-TV about 100 to 120 people were inside the building.

“I didn’t see anything suspicious. I didn’t feel any bad vibes. It seemed like it was going to be a normal prom,” she told WASW.

4. One of the Victims Remains Hospitalized & the Other Was Released

Roads remain blocked off, and some law enforcement vehicles have lights on at #Antigo High School pic.twitter.com/sOHjWwBip5

A female victim was treated at a local hospital and released by Sunday morning, police said in a press release.

A male victim was undergoing surgery Sunday morning for non-life-threatening injuries, according to police.

The girl was from out-of-state and was at the prom with the other victim, her date, who is an Antigo student, NBC News reports.

The victims have not been named. Police said they were shot at random and do not appear to have been targeted.

5. Antigo Is a Small Town About 85 Miles Northwest of Green Bay

Antigo is a small town of about 8,200 residents in Langlade County, Wisconsin. It is located about 85 miles northwest of Green Bay and 150 miles north of Milwaukee.

Sonia Reed, whose son was at the prom, told CNN everyone in the town knows each other and she didn’t expect something like this to happen there.

“I have two other children that’s in the high school, and they don’t want to go back, period,” Reed said.”They’re just beyond freaking out here.”

“It just takes one or two that are angry about something,” Balcerzak told the Wausa Daily Herald. “It’s too bad that’s going to be the memory for those kids. I feel bad that’s their last prom. I feel bad for the ones who were shot and their parents.” 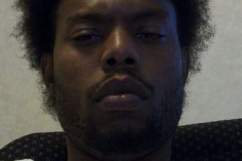