Two brothers with felony records are suspected of killing their neighbors in Washington state, police say.

John Blaine Reed, 53, and Tony Clyde Reed, 49, are wanted on murder charges in the disappearance of Patrick Shunn and Monique Patenaude, the Snohomish County Sheriff’s Office said in a press release.

Shunn, 45, and Patenaude, 46, of Oso, were reported missing on April 12 by family members.

Their bodies have not been located, but police suspect foul play, according to the press release.

1. The Brothers Were Caught on Video Getting Rid of the Couple’s Vehicles, Police Say

The brothers are believed to be driving a red Volkswagen. (Snohomish County Sheriff’s Office)

John and Tony Reed were seen on video surveillance disposing of two vehicles that belonged to Shunn and Patenaude, the Snohomish County Sheriff’s Office said in a press release on April 17, five days after the couple was reported missing.

“The recovery of Patrick and Monique is our agency’s number one priority right now, for the sake of their families,” Sheriff Ty Trenary said in a statement. “Our second priority is getting the Reed brothers into custody and off the streets.”

According to the press release, “Detectives believe the couple were the victims of homicidal violence based on evidence collected at the scene of the missing couple’s vehicles, as well as the former residence of John Reed.”

The couple’s vehicles were found in a wooded area in Oso, near their home.

Police said the brothers are in possession of a red 2007 Volkswagen EOS Couples, with Washington plates AXH5106. The car belongs to their parents. 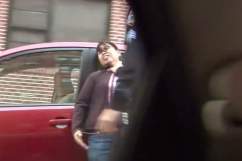 Both brothers are convicted felons and are believed to be armed and dangerous, the sheriff’s office said.

According to the Seattle Times, Tony Reed has convictions for assault with a deadly weapon, burglary and theft. John Reed’s record wasn’t immediately available.

John Reed was a witness to, and a survivor of, the 2014 landslide in Oso, Washington, that left 43 people dead, according to the Seattle Times.

He was quoted by several media outlets about the disaster.

“Picture a big football stadium getting up and running,” Reed told the Times about the slide. “You can’t picture that. It doesn’t happen. Mountains just don’t get up and take off, either. But this one did.”

He told the newspaper he didn’t plan to move.

“I’m not asking for any more help,” he told the Times. “To be as close to this slide as I was, I’m fortunate my house is still here. I still can’t get over the imagery of what I saw. I replay it in my mind. I feel lucky.”

4. John Reed & the Missing Couple Had a Dispute Over Property in the Past, the Sheriff Says

Shunn and Patenaude pictured just prior to their disappearance. (Handout)

John Reed had been in a dispute with Patrick Shunn and Monique Patenaude over property, Sheriff Ty Trenary told Q 13 Fox.

The Everett Herald reports that the couple were involved in a lawsuit with their neighbors. They accused their neighbors of bringing wild dogs and cars on to their land without permission, according to the Seattle Times. The newspaper says that the latest hearing in the case had been scheduled for last week but was postponed until May.

Shunn’s brother, Eric, wrote on Facebook that one of the couple’s neighbors was missing.

“They also had a neighbor that harassed Monique and is not a good guy. He is squatting on a property adjacent to Pat and Monique’s. He is missing too and I think if they can find him, we will get some answers,” he wrote in the now-deleted post.

5. The Couple Left Livestock Unattended & Their Family Says It Was Unlike Them To Disappear

The couple left livestock unattended and family members said it was unlike them to disappear.

“Patrick and Monique are a loving couple who are loved by friends and family. Their 20 acre farm and animals are their passion. They love the outdoors, love their family and friends and, most of all, love life. Wherever they are, they are together,” the families of the couple said in a statement Sunday. 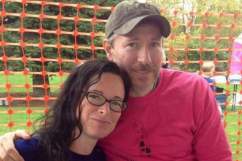