Kevin Patrick Dawes (L) — pictured with a young Syria civilian (R) in 2012 prior his capture by al-Assad’s regime — has been released after nearly four years. (Twitter.com/@sumariumcom)

The details of Dawe’s release have not yet been publicly specified. It’s still uncertain whether the negotiations were done via third party or the Syrian government. However, Secretary of State John Kerry was “personally involved in winning Dawes’s release,” reported The Washington Post.

Prior to his trek to Syria, Dawes unsuccessfully tried raising money through a Kickstarter campaign in the spring of 2012. The respective campaign, titled Aerial Battlefield Photojournalism, was an aerial camera drone project Dawes wanted backing for “to film the killing fields of Syria to provide a unique view of the war there,” according to the Kickstarter page. The goal of the project was $28,000. However, Dawes was only able to get $30 pledged.

1. He Is a 33-Year-Old Freelance Photographer That Was Adamant About Getting Into Syria

Dawes was born on August 27, 1982 in Renton, Washington. He is an Asian-American with brown eyes and black hair, according to the FBI’s missing person report.

On September 21, 2012, Dawes arrived at an Antakya, Turkey Hotel “on a mission to get into Syria,” reported GQ on January 15. With him was a helmet, medical supplies and a bulletproof vest.

“Fell asleep, woke up. Feels like Ewoks beat me up. And it I get blown up? No replay,” he wrote to a Canadian he befriended staying next door to him, reported the site.

The site reported that Dawes was promised transportation by online friends to Aleppo — a rebel area — but they never came through. At the time — although he was discouraged — Dawes ultimately decided he’d embark to Syria on his own.

“My contact f**ing vanished. I might be doing this on foot. Might be time for a strategic withdrawal. No longer have an abort limit,” he stated, reported the site. 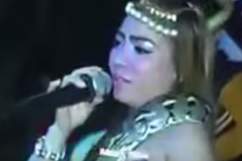 2. He Was Reportedly ‘Begging to Be Killed’ Prior to Bing Released From al-Assad’s Regime

Dawes was being held by Syrian President Bashar al-Assad‘s regime in Damascus. Kept prisoner for nearly four years, many friends and family thought he was dead. October 2012 was the last correspondence with him prior to his imprisonment. Dawes primarily went to Syria in order to document the Syrian Civil War.

French journalist Nicholas Henin — who was held captive by Isis for 10 months — stated that “Dawes’s former cellmates told him he had been held in Branch 2015,” reported Independent on April 8.

Visiting research associate at Kings College London, Eliot Higgins, one of the last people to correspond with Dawes before his imprisonment, said he last heard that Dawes was “begging to be killed, reported the site. Hence, Dawes was surprised when he was released.

Secretary Kerry waves to the crowd upon his arrival in #Havana, #Cuba this morning. He is the first US Secretary of State to visit Cuba since 1945. #USCuba

Dawes was released on April 8 from Syria after several negotiations. US State Department spokesperson, John Kirby, said that Dawes was released on Friday, according to Independent. He also added that Dawes’s release could open the doors to an Austin Tice release. Tice is a former U.S. Marine who has been missing in Syria since 2012.

The United States continues to work through every possible means to ensure the safe release of US citizens reported missing or taken hostage in Syria. While privacy considerations prevent us from commenting further, we continue to work through our Czech protecting power in Syria to get information on the welfare and whereabouts of Austin Tice and other US citizens missing and detained in Syria.

As mentioned, Secretary of State Kerry played a part in Dawes’s freedom, which transpired over the past few days, according to a State Department official. The Czech Republic was also involved in the freelance photographer’s rescue.

4. He Was Allowed to Call His Family & Get Care Packages in Recent Months

In recent months, Dawes was given permission to “call his family and receive care packages, a signal that the Syrian goverment was leaning towards releasing him,” according to The Washington Post on April 8. This was a telltale indicator that Dawes’s livelihood wasn’t completely hopeless.

The Dawes' private, painful ordeal is finally over. We are delighted for Kevin & his family. https://t.co/Yq3836VjCc

Dawes’s family has yet to comment on his release. However @FreeAustinTice — shown above — expressed their happiness for his family with the following words:

“The Dawes’ private, painful ordeal is finally over. We are delighted for Kevin & his family.” 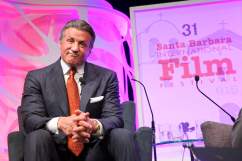 5. His Last Tweet & Retweets Revealed the Atrocities by Regime Forces

Remember, FBI stands for 'Shoots the wrong people, very racist all the time even when trying to be nice, will betray you'. Never forget.

According to Dawes’s Twitter page, the freed Syrian prisoner’s last tweet — shown above — was sent on September 13, 2012. In the troubling post, he stated that “FBI stands for ‘Shoots the wrong people, very racist all the time even when trying to be nice, will betray you.’ Never forget.”

Thereafter, Dawes retweeted 22 posts that mainly pertained to the combat in Syria. Presently, Dawes has 100 followers and follows 507 Twitter pages, which include actors, producers and singer. 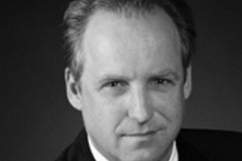