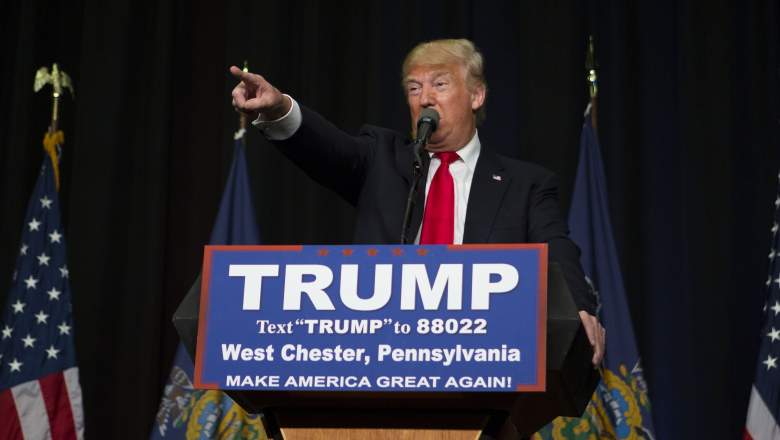 Donald Trump, here at a campaign rally in Pennsylvania, is poised to romp in Maryland. (Getty)

With one day to go until votes are cast, Donald Trump runs well ahead in Maryland. The Republican frontrunner over Ohio governor John Kasich and Ted Cruz, Trump is the only candidate of the three who can secure a first-ballot nomination at the GOP convention. To do so, however, he’ll need a large share of the remaining delegates, including the 38 up for grabs in Maryland.

Maryland’s primary operates under a winner-take-most distribution. 14 of the state’s 38 delegates are distributed to the statewide plurality holder, with the other 24 going to the winners of each of the state’s eight congressional districts. Trump’s sizable polling lead suggests he’ll walk away with the lion’s share of Maryland delegates.

The Polls: Trump Out in Front

Polling aggregator RealClearPolitics shows a convincing lead for Trump just one day ahead of the primary:

Unlike in most other states, John Kasich outperforms Ted Cruz solidly in Maryland. His campaign, however, mathematically cannot take much more than the delegates he’s set to win via polling, as they did not file a full slate of delegates running under his name.

The Forecasts: Trump Ahead

FiveThirtyEight, which uses a polls-plus forecast utilizing factors like endorsements and previous results to give context to the polls, gives Trump an almost-certain 99 percent chance of winning the Maryland Republican primary:

Its polls-only forecast, which doesn’t use external factors but weights the polls according to methodological rigor and past accuracy, isn’t any friendlier to the other candidates:

Betting markets measure the amount that gamblers place on a particular candidate to win a primary, nomination, or election. While they’re able to move much faster than polls due to a looser methodology, it’s important to note that they’re only well-informed opinions (at best), not a rigorous measure. PredictWise, which aggregates the results of several betting markets, calls Trump an overwhelming favorite to take the Maryland primary: 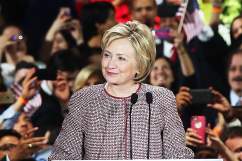