The transcript of the 911 call reporting that legendary pop musician Prince had died has been made public by the Carver County Sheriff’s Office.

The caller tells the 911 dispatcher he or she is at “Prince’s house,” and “the dead person is here.” The caller adds that people at the home were “distraught.” When asked how the person died, the caller said, “I don’t know, I don’t know.”

You can read the full transcript below, posted by Minnesota Public Radio, or by clicking here:

It is not clear who made the call at 9:43 a.m. from Prince’s Paisley Park compound in Chanhassen, Minnesota. The audio has not been released. You can listen to emergency radio audio below:

Emergency responders found the 57-year-old Prince unresponsive in an elevator, the Carver County Sheriff’s Office said in a statement. CPR was attempted, but he was pronounced dead. A cause of death has not yet been determined and an autopsy is scheduled for Friday. 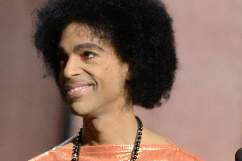 Loading more stories
wpDiscuz
2
0
Would love your thoughts, please comment.x
()
x
| Reply
The transcript of the 911 call reporting that Prince had died at his Paisley Park compound in Minnesota has been released. Read it here.