SpaceX successfully landed its Falcon 9 rocket on its unmanned “Of Course I Still Love You” droneship today. Above is commentary along with the entire video of the rocket’s successful landing in the Atlantic Ocean. Here’s a technical webcast of the landing without the commentary:

The Dragon spacecraft had 7,000 pounds of supplies, hardware, and science experiments, Space.com reported. The spacecraft was launching to deliver the supplies the International Space Station. After the Falcon 9 and Dragon separated, the Falcon 9 performed engine burns and landed on the droneship. The Dragon is scheduled to rendezvous with the ISS on Sunday morning. 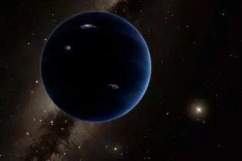 Read More
Breaking News, SpaceX
Follow Heavy ↓
If you missed the live broadcast of the SpaceX rocket launch and landing, you can watch the full landing raw video here.