The brother of an Illinois politician has identified himself as one of the men who alleges he was sexually abused by Dennis Hastert several decades ago.

Scott Cross, a 53-year-old banker and married father, came forward Wednesday in court during sentencing in the federal case against Hastert, the former Speaker of the House, the Chicago Tribune reports.

Cross is the brother of Tom Cross, a former state representative and Republican leader in Illinois.

Hastert, 74, was sentenced to 15 months in federal prison on Wednesday, along with two years of supervised release. He could have faced up to five years in prison, but had argued for probation.

He pleaded guilty to breaking banking laws when he sought to pay $3.5 million to one of his alleged victims. Prosecutors say it was hush money being used to cover up the sexual abuse allegations against him.

1. Hastert ‘Performed a Sexual Act’ on Cross After Practice, According to Court Documents

Scott Cross had previously been identified in court documents as “Individual D.” Cross was a member of the wrestling team at Yorkville High School and Hastert was his coach.

According to the prosecutors’ sentencing memo, the alleged sexual abuse occurred after a late night practice during Scott Cross’ senior year. You can read the full memo above.

In the filing, prosecutors said Hastert told Cross a massage could help “take some pounds off,” but instead Hastert removed Cross’ pants and performed a sexual act on him.

2. Cross’ Brother Was Asked to Write a Character Letter on Hastert’s Behalf

Tom Cross, the brother of Scott Cross, was asked to write a letter of support on Hastert’s behalf, the Chicago Tribune reports. Tom Cross told the newspaper he had learned about his brother’s abuse allegations by the time he was asked to write the letter, and did not respond.

From #TomCross: "We are very proud of Scott for having the courage to relive this very painful part of his life." #scottcross #hastert

Several powerful politicians and Hastert’s friends wrote letters of support to the judge, asking for leniency in sentencing, according to CNN.

3. Cross Said in Court He ‘Trusted Coach Hastert’ & Could No Longer Stay Silent

He said he was “devastated” by the sexual abuse and sought professional help, according to the Associated Press. Cross said he still has trouble sleeping.

“As a 17-year-old boy I was devastated. I tried to figure out why Coach Hastert had singled me out. I felt terribly alone,” Cross, testified, according to NBC News. “Today I understand I did nothing to bring this on, but at age 17, I could not understand what happened or why.”

He called the abuse his “darkest secret,” and said, “I wanted you to know the pain and suffering he caused me then and still causes me today. Most importantly, I want my children and anyone else who was ever treated the way I was that there is an alternative to staying in silence.”

Cross previously identified himself to the Chicago Tribune, but did not speak out publicly until Wednesday’s sentencing, the newspaper reports.

But Hastert, now bound to a wheelchair, cried during Cross’ testimony. He said “I don’t remember that, but I accept his statement,” according to New York Times reporter Julie Bosman.

Hastert was a teacher and coach at Yorkville High School from 1965 to 1981 before deciding to enter politics.

In court Wednesday he apologized “to the boys I mistreated when I was their coach.What I did was wrong and I regret it. They looked up to me and I took advantage of them,” according to NBC News.

5. The Sister of Another Alleged Victim Also Testified During Hastert’s Sentencing

Before Cross’ testimony, Jolene Burdge, the sister of another alleged victim, also testified against Hastert. Her brother, Stephen Reinboldt, was sexually abused by Hastert during his time at Yorkville High School, she told the court.

Burdge said her brother was “betrayed, ashamed and embarrassed” by the abuse, the Associated Press reports.

Scott Cross said in court that he knows of nine people who say they are victims of Hastert. 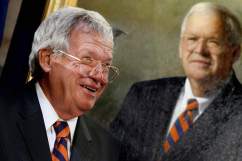 Loading more stories
wpDiscuz
1
0
Would love your thoughts, please comment.x
()
x
| Reply
Scott Cross, the brother of Illinois politician Tom Cross, has identified himself as "Individual D," one of the alleged victims of Dennis Hastert.