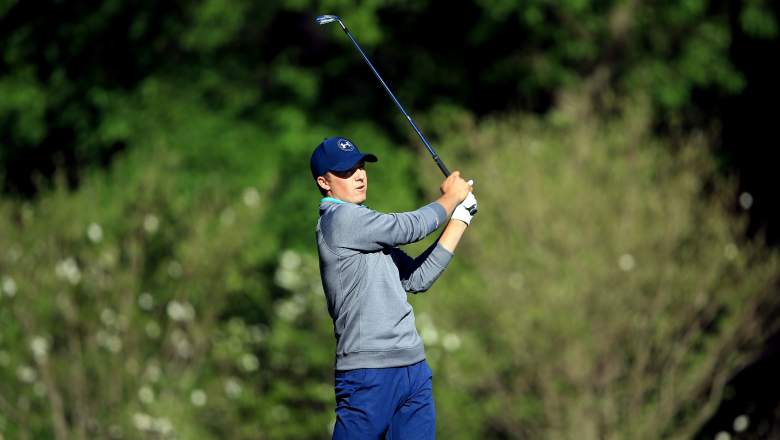 Jordan Spieth at the 11th hole during the third round of the 2016 Masters. (Getty)

Golfer Jordan Spieth is off to one of the hottest starts to a career in PGA Tour history. After becoming the youngest runner-up in Masters history in 2014, Spieth became the second-youngest winner of the tournament in 2015, then followed it up with U.S. Open and Tour Championship wins. Spieth led the field through Sunday of the 2016 Masters, and would be the youngest owner of multiple green jackets. The Dallas, Texas native turned pro in 2012 at just 18.

Spieth was born in Dallas to Pennsylvania natives Shawn and Christine Spieth, and has a brother Steven who plays basketball at Brown. He attended Dallas’s St. Monica Catholic and Jesuit College Preparatory Schools before heading to central Texas to play at the University of Texas at Austin. As a Longhorn, Spieth helped the team win the NCAA team championship and was named the Big XII Conference Player of the Year as well as a First-Team All-American. He withdrew from Texas midway through his sophomore year to turn pro, but not before a brief spell as the world’s top amateur player.

Dallas is the second-largest city in Texas and ninth nationally, with a population of 1.2 million in 2014 estimates. In golf, the city is home to the PGA’s AT&T Byron Nelson Championship, where Spieth played his first PGA Tour event at just 16. Dallas is also the birthplace of Hall of Famer Lee Trevino, who had a very different experience of the Masters; Trevino boycotted the Masters several times during his career over concerns about his style of play, the rules of the course, and Augusta National Golf Club’s racial policies, and continues to air his grievances in the media.