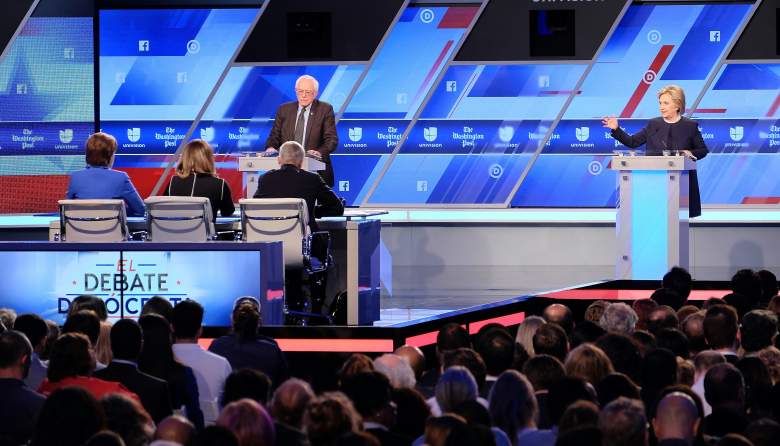 Hillary Clinton and Bernie Sanders, here at a previous debate, squared off in Brooklyn tonight. (Getty)

Democrats Bernie Sanders and Hillary Clinton faced off at the Brooklyn Navy Yard in a noticeably more personal, nastier debate than previous editions. With Hillary holding a clear but not prohibitive lead in New York polls, the debate represented a critical point in Sanders’s attempt to claim his native state and Clinton’s former constituency.

Read our recap below, then vote in our poll to share your opinion on the debate winner.

Sanders opened quickly with an attack on Clinton’s judgment:

Clinton shot back with references to her time in the Obama administration:

Clinton: Obama "trusted my judgment enough to ask me to be Secretary of State" https://t.co/yDhqXCFtt1 #DemDebate https://t.co/WVOnIVs3VO

In response to Sanders’s repeated call for her speech transcripts with a request for his unfiled tax returns:

She also reiterated that she’d release her transcripts when everyone else was equally transparent:

Hillary Clinton: When everybody releases their speech transcripts, I'll do it too #DemDebate https://t.co/yDhqXCFtt1 https://t.co/35an1lrzk7

Sanders responded that his wife, rather than a professional, was doing the Sanders family taxes, and had been unable to be as transparent as he’d like:

Hillary Clinton: "I'm sorry for the consquences that were unintended" #DemDebate https://t.co/yDhqXCFtt1 https://t.co/rlg0ef4zqw

She also called on white people to recognize systemic racism:

Hillary Clinton: "I want white people to recognize that there is systemic racism" #DemDebate https://t.co/yDhqXCFtt1 https://t.co/CAx3YSY8Yd

This didn’t stop Sanders for calling out her ’90s-era choice of words:

Sanders referred to Climate change as “an enemy:”

Bernie Sanders claimed to have led the opposition to the Iraq War, for which Hillary Clinton voted. CNN investigated the claim in real time and found a mixed record for Sanders on the Iraq War, voting against the initial authorization but supporting four of the 10 funding bills that got the floor in his tenure.

Sanders also voiced his opposition to the regime change in Libya, comparing it to the mentality that led to the Iraq War:

Sanders deflected a question on his foreign policy platform’s similarity to that of Donald Trump:

Sanders: We are going to have to say that Netanyahu is not right all of the time https://t.co/yDhqXCFtt1 #DemDebate https://t.co/NARiM9bCbi

Clinton stated her support for the President’s moving forward with the Supreme Court nominee:

Sanders reiterated his commitment to ensuring any potential nominee of his would vote to overturn Citizens United:

Sanders on #SCOTUSnominee: We need a justice who will vote to overturn Citizens United https://t.co/yDhqXCFtt1 https://t.co/GkWlz5cSWy

Poll: Who Won the Debate?

Vote in our poll below to help determine the winner. 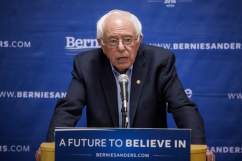 Loading more stories
wpDiscuz
165
0
Would love your thoughts, please comment.x
()
x
| Reply
The Democrats got had a decidedly more personal, nastier debate at the Brooklyn Navy Yard than their previous encounters. Read our recap, then vote in our poll.