Election Justice USA is the group leading a lawsuit in New York on behalf of registered Democrats who had to vote provisional because their voter registration was purged or changed. Their Facebook page mysteriously disappeared for most of Thursday before Facebook reinstated it around 2 a.m. Eastern. But then, around 3 a.m. Eastern, the site was removed again. What’s happening? Why was the page censored?

For a good part of the day on Thursday, Election Justice USA’s Facebook page was entirely down, without any warning. Anyone who went to their page only received an error message stating that the page was permanently banned. At the time it was taken down, the site had more than 4,000 followers and frequent interaction from people concerned about the lawsuit in New York

It’s unclear exactly what the site was taken down. The organization reached out to its followers on other sites like Twitter and Reddit to let them know the site was down. Supporters spread the word on Facebook and contacted Facebook asking for the site to be reinstated. Election Justice itself wasn’t able to get word on why it happened at the time.

Then, sometime after 2 a.m. Eastern time, the Facebook page was reinstated. (You’ll only be able to see the picture below if the page is back online):

Some information was gone, however. All posts left by visitors on the group’s wall are gone. But the page’s own posts and replies were still present.

Then, around 3:30 a.m., the site was gone again, leaving behind this message, which is slightly different than the original error message:

The site will likely be put back up soon, but what is going on? At first glance, it appears this may have been a case of censorship. On a Reddit thread about the situation, commenters said that Facebook had ridiculous problems with censorship. A site with so many followers, leading a lawsuit with national implications, and run by an organization that’s talked about all over the media, shouldn’t be removed.

But one person pointed out that Facebook has automated systems that remove people and pages based on flags and reports sent from other Facebook users. Once an actual person reviews that removal and determines it was fraudulent, they can reinstate the page. An atheist group’s Facebook page experienced exactly this after Facebook was inundated with flags from people who cited the page as being guilty of “bullying.” These were later determined to be false citations from people who didn’t like the page, and the page was reinstated.

So it’s possible that Election Justice USA wasn’t a victim of censorship from Facebook, but a victim of false reports and censorship attempts from individuals unhappy with the organization. In time, maybe we will know exactly what happened.

If the page is down, you can file reports about voter registration purging at their website here. If you have questions, you can email justice@ElectionJusticeUSA.org.

To find out more about Election Justice USA and their lawsuit in New York, please read this story:

And more more information on the Brooklyn Board of Elections clerk who was suspended in connection to the voter purge, please read: 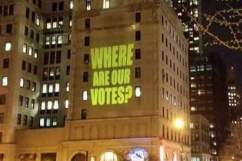 Read More
Breaking News, New York
wpDiscuz
0
0
Would love your thoughts, please comment.x
()
x
| Reply
Election Justice USA was taken down from Facebook most of Thursday. What happened? Why was the group leading an election fraud lawsuit removed?