A former Texas middle school teacher accused of sexually assaulting a 13-year-old male student for several months and getting pregnant with his child has been sentenced to 10 years in prison.

Alexandria Vera, of Spring, had the boy as a student at the start of the 2015 school year and became pregnant in January, KHOU-TV reports. She had an abortion after the investigation began, authorities said.

Vera was arrested in May 2016 and was sentenced in January 2016. She will be eligible for parole in five years. She pleaded guilty to aggravated sexual assault of a child and faced a maximum of 30 years in prison. Her attorneys argued for probation and the sentencing was complicated because the family of the victim supported the relationship, the Houston Chronicle reports.

She resigned from her position as an English teacher at Stovall Middle School in the Aldine Independent School District, which serves parts of Harris County, including portions of Houston. The victim was an eighth grader at the time of Vera’s arrest, police say.

Judge Michael McSpadden said he wanted to send a message to the community with the sentence, the Chronicle reports.

“We want our educators to teach our students,” McSpadden said during the sentencing. “We want them to keep their hands off the students.”

1. Vera Told Police She & the Boy ‘Had Sex on an Almost Daily Basis’ & ‘Love Each Other’

Alexandria Vera turned herself in on Wednesday, a day after a warrant was issued for her arrest. (Montgomery County Jail )

Alexandria Vera told investigators she met the boy in 2015 during summer school, when he was a student in her class, according to court documents.

During summer school, the boy flirted with her and asked for the name of her Instagram account, police said. Vera says she tried to stop the flirting and denied a friend request on Instagram from the student. The boy ended up in her English class when the 2015-16 school year started, and Vera says the flirting continued.

Vera told police the boy missed a class in September, and she became concerned, so she sent him a message on Instagram, police said. He asked for the teacher’s phone number and she gave it to him.

She later went to his house to pick him up and they drove around and kissed in the car, police said. Later in September she drove to his house and had sex with the student for the first time, police said in court documents.

She told police she and the victim “had sex on almost a daily basis at her home and that they love each,” according to court documents.

She told investigators the boy would sleep at her house and then she would drive him back to his house in the morning so he could catch the bus.

Vera said she got pregnant in January 2016, but had an abortion in February after Child Protective Services agents showed up at the school to ask her and the boy questions about their relationship, according to court documents. She denied the relationship at that time.

Vera was the “cool teacher,” who would let them use cell phones in class, students told KHOU-TV. They said there had been rumors about her and the boy.

Neighbors said she sometimes had five teenage boys over her house at one time.

“That kid was always over,” a neighbor told KHOU. “And she always told (neighbors) it was her brother.”

During Vera’s sentencing, prosecutors said Vera had once allowed two eighth graders to have sex in her home.

Read more about Alexandria Vera in Spanish at AhoraMismo.com: 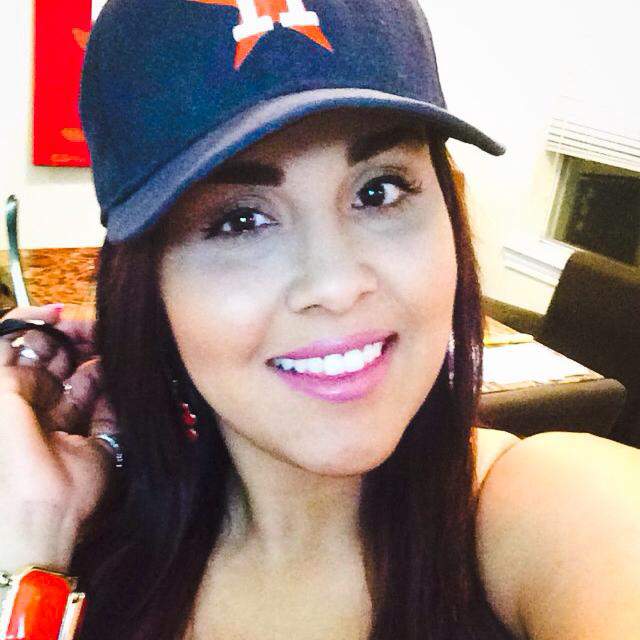 2. She Told Investigators the Boy’s Family Was ‘Accepting of Their Relationship,’ Invited Her to Family Gatherings & Was Excited About the Baby

Vera told police the boy’s family was aware of the relationship, according to court documents.

She said the boy’s parents first met her at an open house at the school in October. Vera told police she then went to the boy’s house and was introduced to them as his boyfriend.

You can read the full probable cause statement from the district attorney’s office below:

Vera also told investigators the boy’s family was told of the pregnancy and were “very supportive and excited about the baby.”

Child Protective Services are now investigating the victim’s parents because of their support of the relationship, KHOU-TV reports.

Police said they seized Vera’s phone and had it searched forensically. They found “many messages” between the student and Vera, according to court documents.

Detectives interviewed the student and he “disclosed a sexual relationship with (Vera),” and “was able to identify the parts of the body and defined sex as putting his penis inside (Vera’s) vagina.”

Prosecutors said Vera moved the boy and his father into her home, and pretended to date the father. She paid for the family’s cell phone bills and bought them groceries, prosecutors said, describing it as behavior to “groom” the victim and his family.

“She has a history of straight-out deception,” District Attorney Denise Nichols said, according to the Chronicle.

The defense argued for probation, saying Vera was not a threat to the community.

“I think she was driven by being in love with him,” said Karen Lawson, a mental health professional who works with sex addicts and sex offenders and testified as an expert for the defense, the Chronicle reports.

Lawson told the court Vera had a history of seeing domestic violence situations as a child, and had a deep need for love, which led to the relationship with the boy, who “flattered and seemed to adore her,” according to the Chronicle.

“She’s someone who has a big heart,” Lawson said.

3. Vera Is the Daughter of a Former Houston Cop & the Mother of a Young Daughter

Vera is the mother of a 6-year-old girl, according to her Facebook page. She last posted a photo with her daughter on May 24. She also posted a photo in Disney World in April, after the investigation had already begun. Vera had been placed on leave on April 15.

According to the Houston Chronicle, Vera’s daughter knew about her “relationship” with the boy, and sometimes called him dad, prosecutors said.

She is the daughter of former Houston police officer Jaime Vera, a source told Heavy.com. Her father was fired by the police department in 2011 after a 13-year career that was clouded in controversy.

Jaime Vera was suspended for 60 days in May 2008 for a “confrontation with his wife,” and signed a “Last Chance Agreement” that said he understood he’d be fired for committing even a minor infraction, the Texas Observer reported.

But in August of that same year he was suspended again, this time for 15 days, for sexually harassing a female officer. The Observer reports he left his beat while on duty to harass her. He was not fired because the harassment had occurred before the May 2008 suspension, the Observer reported. Vera was eventually fired for trying to pay off mechanics to pass the inspection of his car, according to the news site.

Alexandria Vera previously worked as a pharmacy clerk at Lifechek Pharmacy in Spring, Texas, according to her Linkedin profile. It is not clear when she became a teacher.

Vera recently began selling vacuum cleaners for Rainbow, according to her Facebook page.

4. She Faced 25 to 99 Years in Prison, but Avoided That Sentence With a Guilty Plea

Vera was facing a felony charge of continuous sexual abuse of a child. Prosecutors say they have evidence showing that between September 2015 and January 30, 2016, the middle school teacher committed two acts of sexual abuse against a child younger than fourteen years of age, including an act constituting aggravated sexual assault of a child.

The felony sexual abuse charge carries a minimum sentence of 25 years and up to 99 years in prison, according to Texas law. Probation and early release are not options, according to the law, because it is an aggravated offense.

But Vera pleaded guilty to a lesser felony charge of aggravated sexual abuse of a child, and prosecutors agreed to cap her maximum sentence at 30 years. She was sentenced to serve 10 years, but could be eligible for parole in five years.

5. Another Former Teacher at Stovall Middle School Gave a Student a Lap Dance as a Birthday Present

Another former Stovall Middle School teacher was granted probation after she gave a student a lap dance in 2014 as a birthday present, the Houston Chronicle reports.

Felicia Smith, also of Spring, admitted to a felony charge of having an improper relationship with a student.

The then-42-year-old teacher told police she danced for him on his 15th birthday in front of a classroom full of students, the Chronicle reports.

The student said Smith gave him a “full contact lap dance,” while he sat in a chair. Police said she sat down in his lap and was “moving back and forth and touching him all over his body.” Smith then got on her knees and put her head between his legs, before wrapping her arms around the boy and saying, “I love you baby, happy birthday,” according to court documents.

The dance was recorded by another student. 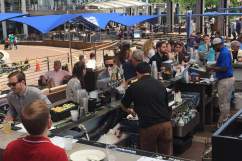 Loading more stories
wpDiscuz
203
0
Would love your thoughts, please comment.x
()
x
| Reply
A 24-year-old Texas middle school teacher is accused of sexually assaulting a 13-year-old student every day for several months. Police say she got pregnant and had an abortion.