A Muslim student in California was incorrectly labeled as “Isis Phillips” in her high school yearbook.

Bayan Zehlif posted a photo of the yearbook on Twitter.

“I guess I’m Isis in the yearbook…,” the senior at Los Osos High School in Rancho Cucamonga, California, wrote on Friday. The post quickly spread across social media.

1. School Officials Say it Was a ‘Misprint’ & a Student Named Isis Phillips Did Attend the School

LOHS is taking every step possible to correct & investigate a regrettable misprint discovered in the yearbook. We sincerely apologize.

School officials said there was an 11th grader at the high school named Isis Phillips, KABC-TV reports. She transferred to a different school in the district.

Los Osos High School has apologized and says it is investigating the incident.

“LOHS is taking every step possible to correct & investigate a regrettable misprint discovered in the yearbook,” Susan Petrocelli, the school’s principal, said on Twitter. “We sincerely apologize.”

The Chaffey Joint Union High School District said in a statement, “We are investigating to figure how this happened and we are certainly sensitive to the young lady. We have been in contact with the family and will continue to work with them to determine how this could happen and how we can remedy the situation.”

2. Zehlif Will Likely Not Return to School Until the Issue is Resloved, CAIR-LA Says

Bayan Zehlif is of Palestinian descent and wears a hijab.

“I am extremely saddened, disgusted, hurt and embarrassed that the Los Osos High School yearbook was able to get away with this,” Zehlif wrote on Facebook on Saturday. “The school reached out to me and had the audacity to say that this was a typo. I beg to differ, let’s be real.”

CAIR-LA issued a statement Sunday saying its attorneys are investigating. The organization said Zehlif and her family have suffered a “great deal of emotional and psychological distress” because of the incident and it is “unlikely that the student will return to school” until it is resolved appropriately.

“We join with the family in their concern about a possible bias motive for this incident and in their deep concern for their daughter’s safety as a result of being falsely labeled as a member of a terrorist group, CAIR-LA Executive Director Hussam Ayloush said in a statement. “No student should have to face the humiliation of being associated with a group as reprehensible as ISIS.”

CAIR-LA added it “has learned that this may not be the first Islamophobic event to have occurred recently at the school.”

3. The Yearbook Committee Said They Are ‘Extremely Sorry’ & Should Have Checked Each Name Carefully

“We are extremely sorry for what occurred in the Yearbook,” the committee said. “It is our duty to represent the students of Los Osos High School and by mis-tagging and giving the incorrect name, we failed to do so. We should have checked each name carefully in the book and we had not intention to create this misunderstanding.

“It is our fault and this is absolutely inexcusable on our part. We are currently working in coordination with the school and district office to remedy this situation.”

School principal Susan Petrocelli told The Islamic Monthly, “I would never say it was a typo or a mistake. As I told Bayan’s family, this matter has to be thoroughly investigated first. If there is a student that has responsibly and intentionally committed this, we will take the appropriate action that is necessary.”

She said the yearbook is put together by a class of students and student editors. 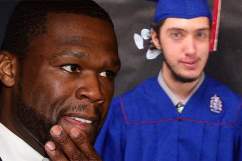 4. Only 287 of the Yearbooks Were Distributed to Students & the School Is Working to Have the Error Corrected

Only 287 of the yearbooks were distributed to students, officials told The Islamic Monthly. There are about 3,000 students in the school.

Principal Susan Petrocelli said the school is working with the publishing company to have the error corrected.

The yearbook is no longer available to be purchased on the school’s website.

If everyone could do this that would be lovely❤️❤️ pic.twitter.com/gzCtcjhFGx

Some students at Los Osos High School have started to take matters into their own hand, using markers to block out “Isis Phillips” and write in Bayan’s name.

“If everyone could do this that would be lovely,” Katrina Barbour wrote on Twitter.

But not all students are showing her support. Trevor Santellan, who worked on the yearbook, told the New York Daily News in a Twitter message that he thinks Zehlif’s reaction is “out of proportion.” He said on a campus of 3,200 students, there will be “imperfections” during production.

“If anything, she’s being racist against herself because she misinterpreted it and not us,” Santellan said. “Because we thought of it as a beautiful name that parents gave to a kid. She obviously didn’t.”

Zehlif said some of the students at her school attacked her on social media, and others cheered after a sign put up to support her was ripped down. She will not be returning to school.

The incident is the second controversy for the Rancho Cucamonga high school this year. In January, some students and parents were angered when the student newspaper ran a column titled “Is the n-word offensive?,” according to CBS Los Angeles.

“Even asking the question, ‘Is the n-word offensive’ is an offensive newspaper title,” parent Tia Webber told the news station. “I’m very offended that the adult coordinator of the newspaper didn’t edit the article at all.”

She said in some instances, the n-word was not censored.

“The racial demographic at my school is already not as diverse as I would like it, but this just points it out even more and makes me feel very singled out than I already do,” Webber’s daughter, Sheyenne, told the news station. 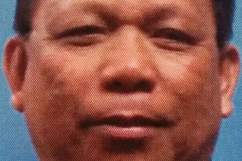