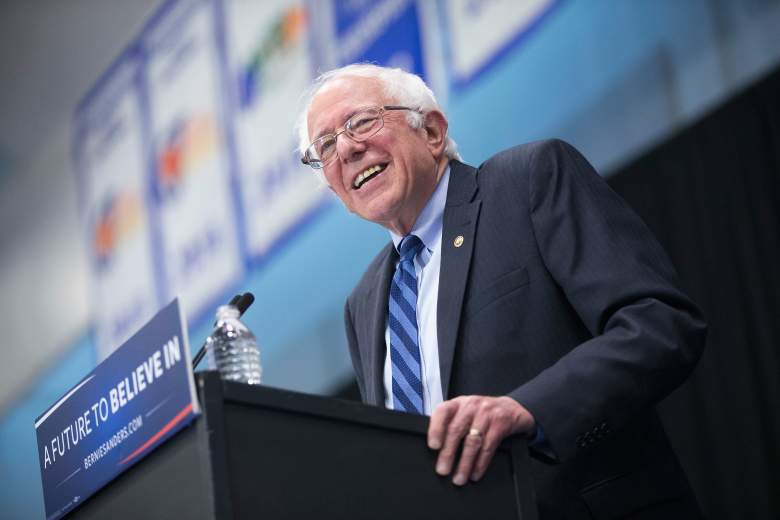 Bernie Sanders has pledged to take the Democratic race all the way to a contested convention. Depending on how well he does in the last remaining states, he might have a chance at gathering more superdelegates to his side. But if he managed to clinch the nomination, how would he fare against Donald Trump in the general election? Polls show that Bernie Sanders would do much better against Donald Trump in the general election than Hillary Clinton would. Knowing this, Sanders supporters have started a Twitter trend, #DropOutHillary, in support of his candidacy, and are hoping that his poll numbers will give him more support in the Democratic National Convention. 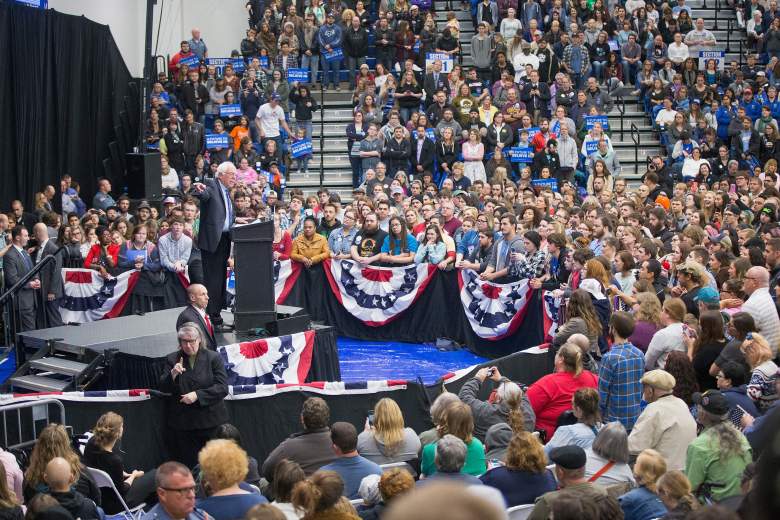 Senator Bernie Sanders speaks at a campaign event on the campus of Indiana University. He later won the primary in Indiana. (Getty)

Based on their numbers, neither Bernie Sanders nor Hillary Clinton will likely get enough pledged delegates to win the nomination before the Democratic National Convention in late July. This means that superdelegates may have to decide a contested convention based on a number of factors, including who they think will do better in the general election.

Most superdelegates had previously endorsed Clinton, but they can change their mind at any time. If Sanders gets a lot of support in the remaining states and closes the gap, their decision may be tougher. Sanders can make an especially compelling argument to superdelegates if they take into consideration how he polls against Trump, who is now the presumptive Republican candidate for president. 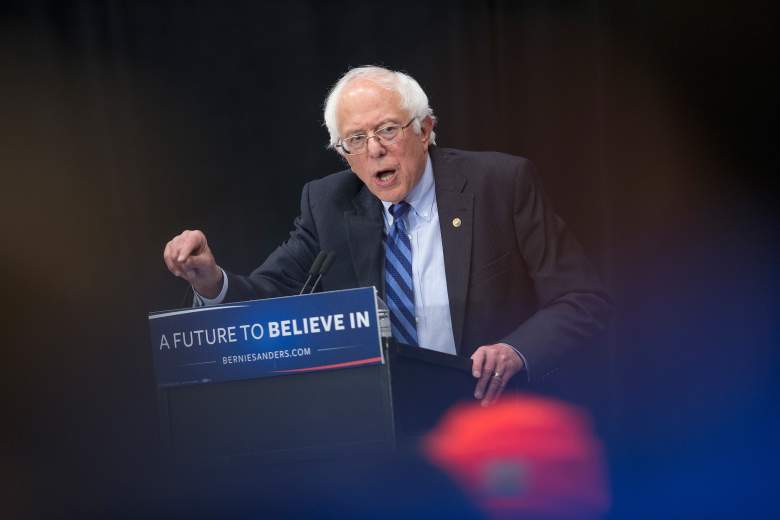 Sanders is polling better against Trump than Clinton. (Getty)

Although Clinton is shown to win against Trump in national polls, Sanders actually wins by higher margins and more consistently.

According to Real Clear Politics, Clinton is beating Trump in most national polls by the following margins:

But a recent poll by Rasmussen Reports shifted the trend, predicting that Trump will beat Clinton 41 to 39.

A recent Gallup poll also found that if voters chose the president based on qualities they most admire, Sanders would win. He scored best on 12 leadership qualities against Clinton and Trump, including “visionary,” “inspiring,” “courageous,” and “caring.”

Sanders is consistently polling much higher one-on-one against Trump than Clinton. Sanders supporters are asking, if the Democrat party truly wants to win the presidential race, why would they not push for Sanders at the Convention if he’s able to close the gap with Clinton?

Sanders’ Popularity Among Independents Could Impact the General Election 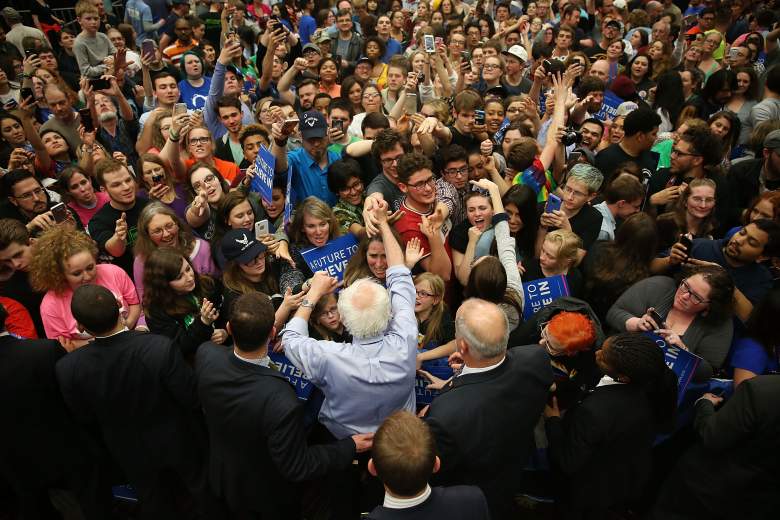 Democratic presidential candidate Bernie Sanders shakes hands with people during a campaign rally at the Century Center on May 1, 2016 in South Bend, Indiana. (Getty)

In open primary states where independents can vote, Sanders historically did much better against Clinton than in closed primary states. When it comes to the general election, independents will be free to vote in every state and they account for a huge percentage of voters. In fact, only 29 percent of Americans identify as Democrats and only 26 percent identify as Republicans, leaving a large percent left as independents. This percentage could have a big impact on the general election.

Already, some Sanders supporters have taken on the “Bernie or Bust” motto, vowing to not vote for Clinton if she’s given the nomination. This anti-establishment mindset has led some supporters to say that “Bernie or Bust” also means they would even vote for Trump — or an independent candidate — if the general election came down to Clinton v. Trump. Meanwhile, these same independent voters would support Bernie Sanders en masse if he had the nomination.

His Supporters Have Started a #DropOutHillary Trend Encouraging Sanders’ Nomination

Supporters have started a hashtag trend on Twitter, #DropOutHillary, in support of Sanders’ getting the nomination. Their concerns include worries that if transcripts of her speeches are released, it will hurt her campaign if she runs against Trump. Supporters are also concerned about recent reports regarding how her campaign may have handled fundraising. They are also concerned that if the FBI decides to indict Clinton in the email investigation, it could affect her campaign, according to Huffington Post.

All in all, when taking polls into account, it looks like Sanders’ supporters can make a good case. This is likely why Sanders has vowed to take the fight all the way to the Convention.