The Bill Cosby rape case is heading to trial after a Pennsylvania judge ruled prosecutors have shown enough evidence for it to move forward.

Judge Elizabeth McHugh’s decision came after a 3 1/2 hour hearing on May 24 in Norristown court, Philly.com reports.

Cosby, 78, was arrested in December 2015 and charged with three counts of felony charge of aggravated indecent assault. His legal team fought for months to have the case dismissed for a lack of evidence.

He is free on $1 million bail and could face up to 30 years in prison if convicted.

“This case will move forward,” McHugh said, according to the New York Times. She then wished Cosby luck and he replied, “thank you,” which were the only words he spoke during the hearing.

1. Cosby Is Accused of Sexually Assaulting Andrea Constand in 2004 at His Pennsylvania Home After Drugging Her

Actor and comedian Bill Cosby leaves a preliminary hearing on sexual assault charges on May 24, 2016 in at Montgomery County Courthouse in Norristown. (William Thomas Cain/Getty)

The case against Cosby was re-opened earlier this year by Montgomery County District Attorney Kevin Steele after a federal deposition given by Bill Cosby in a civil case brought against him by Constand was made public. Steele found that there was enough evidence to show that Andrea Constand was sexually assaulted by Cosby in 2004, when she was a guest at his home in Cheltenham. You can read the probable cause affidavit below:

According to court documents, Constand claims Cosby gave her three blue pills. She says he told her the pills were herbal medication for anxiety. But Constand said he then “touched her breasts and vaginal area, rubbed his penis against her hand and digitally penetrated her.”

Constand said she woke up hours later, “feeling raw in and around her vaginal area,” according to the lawsuit, with her clothes “in disarray.” Constand said Cosby was “in his bathrobe.” He then left her to in the home by herself.

District Attorney Kevin Steele said the charges come after a federal deposition given by Bill Cosby was made public. In the deposition, Cosby admits to having given women quaaludes, a sedative, and then having sex with them. He says the sex was consensual.

“The release of these documents in July and the subsequent release of Cosby’s deposition caused by the Montgomery County District Attorney’s Office to reopen the case,” Steele’s office said in a press release. “After reviewing the initial investigation, re-interviewing some witnesses, examining other evidence in the civil case and information from other alleged victims, it was determined that the evidence warranted the filing of criminal charges against Cosby.”

2. Cosby’s Accuser, Andrea Constand, Was Not in Court for the Hearing on Tuesday

Andrea Constand accused Bill Cosby of sexual assault in 2005. In 2015, Cosby was arrested after new information came to light. (Instagram)

Cosby’s accuser, Andrea Constand, who lives in Canada, was not in court on Tuesday for the hearing. But portions of the complaint she gave to police during her initial report of the crime more than 10 years ago was read to the court by a district attorney’s detective.

Constand settled a civil case against Cosby outside of court in 2006, and signed a confidentiality agreement.

She was among the first to publicly accuse Cosby of sexual assault, but then-Montgomery County District Attorney Bruce Castor declined to file criminal charges, saying there was “insuffient credible and admissible evidence.”

The prosecutor says Cosby sexually assaulted Constand after she turned down his advances.

According to court documents from Constand’s civil case, she said Cosby did not realize she is a lesbian.

“Despite his talent for interpreting female reactions to him, he did not realize (Constand) was gay until the police told him,” Dolores Troiani, her attorney, wrote in her civil claim, according to the Philadelphia Inquirer.

According to court documents, Constand was in a relationship with a woman at the time of the alleged assault.

3. His Attorneys Say The Evidence Presented at the Hearing Was ‘Evidence of Nothing’

Cosby’s attorneys were displeased with the fact that the prosecution decided not to call Constand to the stand during hearing.

“The evidence presented today was evidence of nothing,” Cosby attorney Brian McMonagle told reporters after the hearing. “They had 12 years to bring an accuser to confront Mr. Cosby. They chose not to. There was no evidence of a crime here. And the inconsistencies that plagued this investigation from the beginning continue to plague it now. This case should end immediately.”

District Attorney Kevin Steele said the prosecution had to “prove that a crime was committed and the defendant’s connected to the crime. It’s a preliminary hearing — hearsay is admissible, and we’re just over the next hurdle.”

Steele said it was not necessary for Constand to testify during the hearing.

4. No Trial Date Has Been Set, but It Could Be the Biggest Celebrity Court Case in Years

A date for the trial has not yet been set, but Cosby is due back in court on July 20, 2016. He has waived a formal arraignment, therefore entering a not guilty plea, the New York Times reports.

The case has attracted worldwide media attention and a trial could be one of the biggest celebrity court cases in several years, joining the ranks of OJ Simpson and Michael Jackson.

Cosby’s defense team is likely to continue its efforts to have the case thrown out before trial by fighting against the evidence, including the deposition testimony from the civil case. Experts also say the lack of physical evidence, the civil case settlement and the several years that have passed since the alleged sexual assault will be difficulties for the district attorney.

“You have to say this is a curious case for the prosecution to bring since nothing has really changed other than these other women came forward,” Isabelle A. Kirshner, a criminal defense lawyer, told the New York Times. “This case has a lot of obstacles for both sides, and a lot of legal issues.”

Another defense attorney, Barry Slotnick, told NBC News, “This case is over with. Too much time has passed. The major question the jury will have for the accuser is, ‘Where have you been and why did you settle?’ I think Cosby’s position is going to be yes, I had sex with her and it was consensual.” 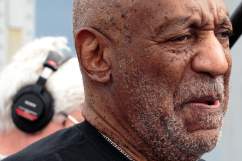 5. More Than 55 Women Have Accused Cosby of Sexual Assault or Harassment

Gloria Allred, an attorney for some of the victims in the Bill Cosby sexual abuse case, arrives for a preliminary hearing on sexual assault charges at Montgomery County Courthouse on May 24, 2016 in Norristown, Pennsylvania. (William Thomas Cain/Getty)

Cosby has been accused by more than 55 women of sexual assault or harassment, including Constand. The allegations have been made in public statements and in several civil lawsuits Cosby is still fighting.

Celebrity attorney Gloria Allred, who represents many Cosby’s accusers, was in court for the hearing on Tuesday.

“I think it’s an important day and I’m looking forward to the trial,” she said in a brief statement to reporters outside of court.

Many of Cosby’s other accusers are hoping to testify against him in the Constand case, but that may not be allowed by the judge.

“They can try to introduce others to show intent, to show a course of conduct,” New York attorney Eddie Hayes told NBC News. “But it depends on the judge.”

Another attorney, Barry Slotnick, told NBC, “”Cosby will be on trial for allegedly assaulting one woman, not dozens of women. The jury is going to have to sort out who is telling the truth and who isn’t.”

You can read about all the alleged victims at the link below:

Loading more stories
wpDiscuz
0
0
Would love your thoughts, please comment.x
()
x
| Reply
Bill Cosby will face trial in the sexual assault case brought against him in Pennsylvania, a judge ordered. Cosby is accused of rape by Andrea Constand.