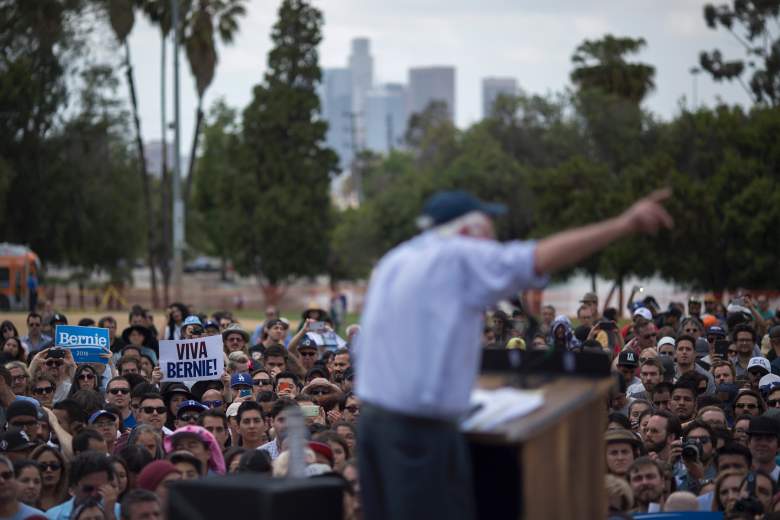 After hundreds of thousands of voters (and even more) have reported problems with their voter registrations in states across the country, problems are popping up again before the last set of primaries for the presidential election. This time, the problems are in California, and are reported frequently among Bernie Sanders supporters. Voters are reporting issues with their registrations being dropped, their party being changed, or receiving the wrong ballot that doesn’t let them vote for president in the primary. On top of all of that, mainstream media has admitted to planning to call the nomination for Hillary Clinton hours before the polls in California even close. What’s happening? Is this voter suppression, election fraud, or a set of very unfortunate technical glitches?

Here’s what you need to know, and what you can do if you encounter a problem:

1. Voters Are Reporting Their Registrations Changed or Receiving the Wrong Ballots

Many voters have been reporting problems with their California voter registration or mailed ballots. This has happened in other states also and has become a growing and alarming problem.

One person on Reddit shared that their mom had received a Republican primary ballot in the mail. After checking online, they discovered that her status, which was previously Democrat, had been changed to Republican.

What can you do if this happens to you? First, check your voter registration status to make sure it’s correct. If there’s a problem, you can go to the Board of Elections office or County Elections Office and compare the signature on your current registration form to your past, to see if the signatures are the same or if it appears you were fraudulently switched. You should also contact Election Justice USA, which is recording instances of voter registration changes and may have further information on what you can do to fix the problem. Fill out the form here to report any problems.

2. A Lawsuit Has Been Filed Seeking to Extend Voter Registration 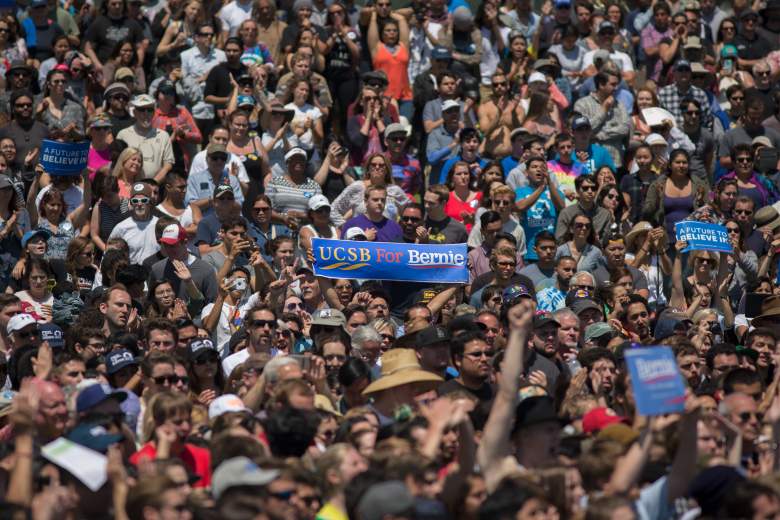 A lawsuit in California is seeking to extend voter registration. (Getty)

A lawsuit has been filed seeking to extend voter registration all the way to the June 7 primary itself, due to confusion about registration issues. The suit seeks injunctive relief that also includes allowing unaffiliated voters who mailed in the wrong ballot or couldn’t vote for presidential primary candidates to “revote.”

You can download the original suit, which was filed on May 20, via PDF here. The case is called “Voting Rights Defense Project et. al. v. Tim Depuis et. al.” Many lawyers and groups contributed to this lawsuit, including Election Justice USA.

You can read more about the lawsuit in Heavy’s in-depth analysis of the case in the link below:

3. TV Media Admitted to Already Planning to Call the Election for Clinton Hours Before the Polls Close

Multiple TV networks have admitted that at 8:00 p.m. Eastern on June 7, three hours before polls in California even close, they’re going to report that Hillary Clinton has won the Democratic nomination. This is noted in the video above on MSNBC. This could suppress the vote, as voters who have no idea what’s actually happening might be discouraged from voting at all in the last few hours of the election.

However, Sanders does have a slight chance of surpassing Clinton in the pledged delegate count if he wins about 67 percent of the vote. If this happens, superdelegates might switch to support him. Superdelegates will be deciding the nomination at the Democratic Convention in late July, and even superdelegates who have previously said they are voting for Clinton are free to change their minds. Sanders’ supporters are angered by MSNBC’s report that TV new stations will erroneously report a Clinton nomination win.

4. Non-Partisan Voters Are Receiving No-Party-Preference Ballots that Don’t Let Them Vote in the Presidential Primary

In California, the primary is semi-closed, meaning that voters who aren’t registered with a party still have the option of voting in the Democratic primary. But according to Election Justice USA, 75 percent of non-partisan voters who requested a mail-in ballot received a “No-Party Preference” ballot. These ballots don’t let them vote in the presidential primary.

Adding to the problem is that many non-partisan voters who get this “no-party preference” ballot don’t realize this is the wrong ballot for voting in the Democratic primary. They might mail their ballot in, thinking they can still show up on June 7 and vote in the Democratic presidential primary. According to a poll worker, those people will be told that they already voted and can’t vote again.

If you’re a “no party preference” voter and get a ballot that doesn’t let you vote in the Democratic presidential primary, you’ll need to take your mail-in ballot to the county registrar’s office and exchange it for a Crossover ballot or a NPP Partisan ballot, which does let you vote for the presidential candidate of your choice, Election Justice USA explained.

Why is this problem happening with the mail ballots? Some voters will receive the wrong ballot because they didn’t check the box next to “Democratic” when asked which party’s ballot they wanted. Many did not know they needed to take this additional step, since they were told the California primary was “semi-closed” and anyone who was not affiliated with a party could vote in the Democratic primary.

Voters rights activists argue that these rules are far too complex and confusing, which is why they are seeking to keep registration open through the day of the primary.

If you’re a NPP voter, you must request your mail-in ballot by May 31 and you must ask for crossover ballot specifically, Election Justice USA explained. If you already have the wrong ballot, take it to the ROV and surrender it for a NPP-Democratic party ballot and vote immediately.

5. Voter Registration Issues Have Been Reported All Over the Country, Including Arizona, New York, and More

California isn’t the first state where voters have reported that their registration status has mysteriously changed. In New York, one voter reported that her signature appeared to be forged on a voter registration sheet. Hundreds of thousands of voters in Brooklyn were mysteriously dropped from the rolls. Election Justice USA filed a lawsuit in New York, and other lawsuits have been filed in other states. You can read about problems in New York here and about problems in Arizona here.

Some are worried these registration changes are connected to a voter database leak from December. In December, a database of 191 million voters’ records was mysteriously leaked, Forbes reported. No one ever figured out who was responsible for the leak. A computer researcher found multiple databases left open for perusing, including names, addresses, party affiliations, and logs of whether voters had participated in the primary or general elections. According to Forbes, “every registered U.S. voter is included in the leak.” Much of the information was already publicly available, but that didn’t cause many voters to feel less uneasy about the whole thing. Could this lead to voter registration tampering? That’s unclear and there’s no direct evidence at this point. However, Bloomberg wrote an article about how one hacker helped rig elections in Latin America for years, as an example of how it might happen.

Whether it’s voter tampering or simply technical and clerical glitches, many people have found that they can’t vote. Whatever the cause, voters are now calling for open primaries in the future, due to the unreliability of the voter registration process.

Loading more stories
wpDiscuz
27
0
Would love your thoughts, please comment.x
()
x
| Reply
California voters are reporting strange changes to their registration and ballot issues. Is it election fraud? Here's what's happening and what you can do.