A Texas woman made everybody’s day a little bit brighter when she recorded herself laughing hysterically while wearing a Chewbacca mask. On May 19, Candace Payne, 37, uploaded a video of herself in her car having just purchased the mask. Chewbacca, one of the most beloved characters in the Star Wars universe, is a bear-like alien creature that speaks in guttural growls. The mask produces the same sounds. It’s something that Payne found hilarious, and so did the rest of the Internet.

This is her story:

1. The Video Has Been Viewed 81 Million Times

At the time of writing, Payne’s video has been viewed 81 million times. She explained in the clip that she was going to Kohl’s to return some clothing. While making her returns, she bought the Star Wars: Episode VII The Force Awakens Chewbacca Electronic Mask by Hasbro. The Star Wars toy retails for $44.99, but is on clearance for $17.99, according to the Kohl’s website.

Payne recorded the video on May 19 and by May 20 it had spread across the Internet. She took aim at her children saying:

I’d like to say that I bought this for my son that would really, really want it. And let’s be honest, he’ll probably confiscate it… However, this is mine. Like when it’s said and done, at the end of the day, this is mine that I bought and I’m going to keep it for my own.

2. Her Husband Is a Recovering Drug Addict & Alcoholic

On her Facebook page, Payne says she’s married with two kids, Duncan and Cadence, to Chris Payne. In a May 2013 post on his Facebook page, he explains that he is a recovering drug addicat and alcoholic. He also describes himself as a “husband. father. musician. problem solver.” The couple have been married since December 2001. In her “About” section, she explains that the couple met and were married within the same year, she says that 2001 was when “the whirlwind began.”

3. She Was the Homecoming Queen at Her University in 1999

Payne is a graduate of Ouachita Baptist University where she was a musical theater major, according to her Facebook page. In the aftermath of her viral success, her alma-mater put out a Facebook post referring to her as Candace Sharp, her maiden name, and calling her 1999’s Homecoming Queen. The school says she’s graduated in 2001. OBU is located in the town of Arkadelphia, Arkansas. It’s a private liberal arts school that counts former Arkansas Governor and Republican Presidential Candidate Mike Huckabee among their alumni.

4. Kohl’s Bought Her Kids Boxes of ‘Star Wars’ Toys to Thank Payne for the Free Publicity

On the day the video struck viral gold, Kohl’s thanked Payne and her kids for the free publicity with a ton of Star Wars toys, reports WFAA. She also went into more detail about the video telling the station, “I even had it with me for a couple hours, and it was just calling my name from the bag. Every time I would start moving, Chewbacca would just get happier and happier, and I couldn’t take it.”

Payne told WFFA what she attributes her video’s success to saying, “I think people were with me, going ‘I needed that, I needed that.’ I was in my kitchen, face down on the floor for an hour-and-a-half, just thanking God for letting me share this joy with everybody.” She says she’s that people who have been grieving have even reached out to her to thank her for the clip.

5. The Actor Who Played Chewbacca Called the Video ‘Absolutely Wonderful’

The actor who played Chewbacca has endorsed the video. (Getty)

The actor who plays Chewbacca in the Star Wars saga called the video “absolutely wonderful” in a Reddit post. Coincedentally, Mayhew lives in the town of Boyd in the Lone Star state, according to a Texas Monthly feature. That’s just 50 miles west of Grand Praire. 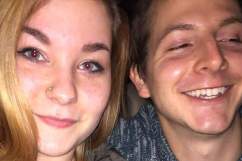