Guess what day it is! Frosting Friday! Grab your spoon, or whatever you feel like dipping with, & have a dollop! ? PC: @anotherhungryvegan

The delectable creations, that can be found in Whole Foods, come in flavors like Peanut Butter Cookie Dough and Sea Salted Caramel.

We interviewed owner Heather Saffer who taught herself how to bake at the “school of Google and YouTube.” The budding entrepreneur then opened the first-ever build-your-own cupcake bar. After she competed on Cupcake Wars, her business grew exponentially. However, she decided to close the shops to focus on her true love, frosting.

Here’s what she told us about…

One of our fave gals and new Dollop ambassador @lokarsten is hosting a ?GIVEAWAY?!! Don't miss out!! Go to her page and look for this picture and follow the directions to enter. Good luck! ? #Repost @lokarsten with @repostapp. ・・・ ? GIVEAWAY ? alrighty friends…i'm about to share my love for this vegan, all-natural frosting! i'm sure you're wondering how it could be any good, but i promise you it's even better than the stuff on the shelves with all the crap in them. don't believe me?! enter my giveaway to see what all the fuss is about ? TWO winners will receive TWO jars of frosting.

I’ve always been the type of person to look at a menu and think that none of the dishes struck my fancy on their own, but if I could add a little of this to a little of that, I’d have the perfect meal. I’ve also always loved the experience of walking into an ice cream shop and concocting my own dessert masterpiece, however weird it may be. And although I enjoyed going into bakeries, staring at cupcakes sitting in display cases never really did much for me. So I thought, why not create a really tangible experience for people with cupcakes? No one had done it before so there was no true template to follow, but when I finally figured it out it was amazing seeing the excitement on people’s faces when they could come in and design the exact cupcake they were craving on the spot.

Why She Loves Frosting So Much

In case no one else said it to you today… I love you!? Happy #valentinesday friends! ? #cupcakes #cupcakewars #love #glutenfree #vegan

The magical question! There’s something fun about frosting that hints at rebelliousness. I remember always loving frosting as a kid but being shamed for choosing the corner piece of cake with the huge rose or feeling like I had to hide my love of eating frosting straight from the jar. You know, standing in front of the cupboard with a spoon sneaking a taste, hoping no one comes downstairs and catches you? Like that. It’s this taboo type of food and I don’t think it should be. After suffering with anorexia for several years, I know how vilifying certain foods can become dangerous. So with frosting, I want to recreate its image as fun, playful, and celebratory, and to stop shaming people for enjoying it. On top of that, there are just so many ways to use frosting. It’s an awesomely versatile topping that enhances the flavor of both sweet and savory foods. Think of it as the sweet Sriracha.

The best-selling flavor is our Madagascar Vanilla, followed by the Hot Chocolate. I think these two will always be the bestsellers because chocolate and vanilla are classics. We use the highest quality Madagascar Bourbon Vanilla Extract in our flavors so they’re truly bursting with fresh flavor. Dollop Gourmet frosting doesn’t taste like pure sugar like the frosting I grew up with. Vanilla is also great because you can add so much to it to create different flavors such as fresh strawberries and almond extract.

Her Experience on ‘Cupcake Wars’

That experience on Cupcake Wars was so crazy. Fun, but stressful and crazy. I’m really thankful for it though. My cupcake bar was doing well before the show but business really boomed after the show. There was a line around the block for weeks on end and we were inundated with orders for private events.

Entering the ‘Tank’ With Her ‘Awful Memory’

Just like with Cupcake Wars, people kept telling me I should go on Shark Tank. Eventually, in an effort to shut people up- kidding- I decided I would try to audition. Seriously though, people just kept saying I should audition, and I knew that I wanted to, but the timing hadn’t been right until now, Season 7…I’ll say that I was nervous to give my pitch only because I have a really truly awful memory. My biggest fear going in was that I was going to forget the pitch I memorized so I practiced it over and over and over again. I was confident that once I got through the pitch I could nail the Q&A part. 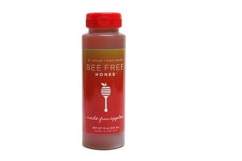