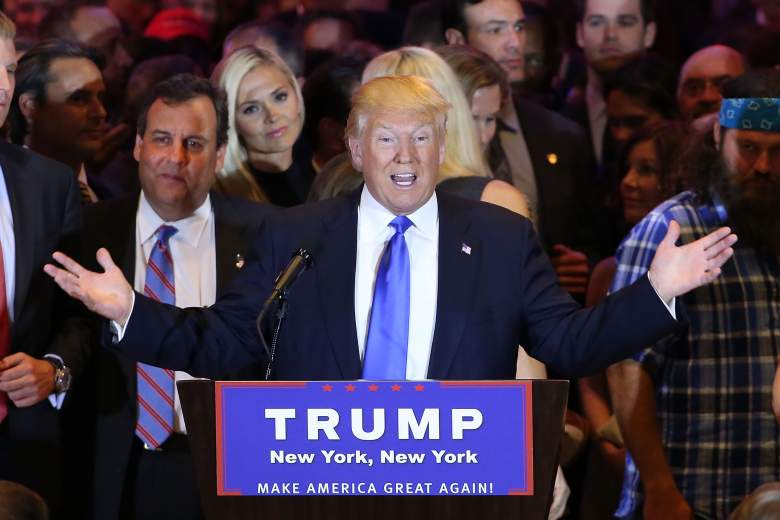 Donald Trump is hosting fundraisers to help Chris Christie with his debt. (Getty)

Today, Donald Trump announced that he has chosen Chris Christie as his transition team chairman, a key role the early days of a Trump Presidency. Even more interesting, Trump has recently agreed to help Christie raise money to pay the back massive debt he accumulated while running against Trump for president.

Two New Jersey fundraisers are now planned for Donald Trump on May 19. The first will send all proceeds to Chris Christie for President, Inc.

According to this site, where you can RSVP for the fundraiser, the proceeds will be applied to reducing the debt it amassed during Chris Christie’s run for president, estimated at more than $250,000. The disclaimer reads:

Contributions will be designated to Primary 2016 Debt Reduction.”

The second fund raiser is for New Jersey’s Republican Party, which is still saddled with $525,000 in debt related to legal bills from the George Washington Bridge scandal that engulfed Christie’s administration, NJ.com reported. Tickets are expected to cost $25,000 each.

Christie has said that he and Trump have been friends for 14 years. In February, Christie ended his campaign for president and endorsed Trump. He’s appeared on the campaign trail numerous times with Trump since then. 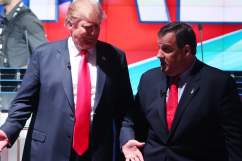 Loading more stories
wpDiscuz
0
0
Would love your thoughts, please comment.x
()
x
| Reply
Donald Trump is hosting two fundraisers that will help Chris Christie get out of massive debt from campaigning against him.