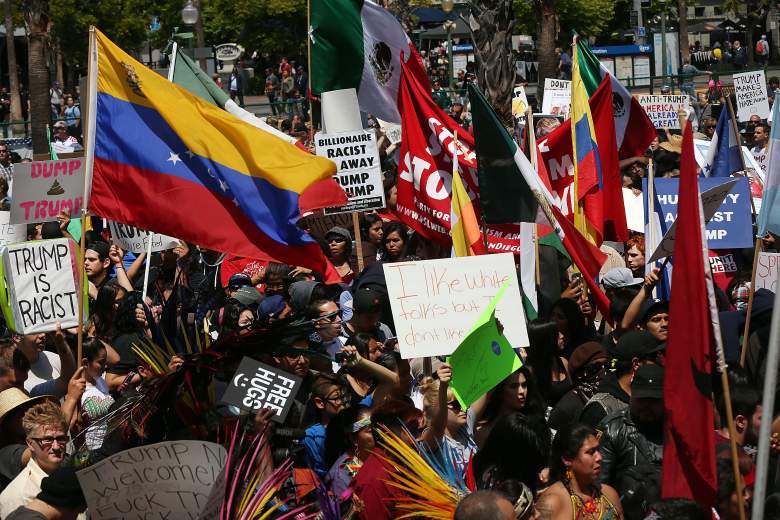 Following a night of unrest outside of Donald Trump’s San Diego rally, the republican presidential candidate took to Twitter to dismiss these protesters as “thugs.”

From his official Twitter account, Trump tweeted at the San Diego Police Department thanking them for dealing with the “thugs” at his rally.

.@SanDiegoPD– Fantastic job on handling the thugs who tried to disrupt our very peaceful and well attended rally. Greatly appreciated!

Although Trump notes that these protesters tried to disrupt his event, the situation in San Diego did not actually escalate until after Trump left the area. In the hours following his speech, Trump opponents and Trump supporters began throwing trash at each other, and police officers arrived to separate the two groups, according to The USA Today.

Officers then declared an unlawful assembly and used pepper spray to break up the crowd.

The San Diego Police Department reported on Twitter that 35 arrests were made on Friday evening. However, no injuries were reported, nor was there any property damage.