Following Megyn Kelly’s interview with Republican presidential candidate Donald Trump tonight on Fox, conspiracists are wondering if the whole GOP debate and feud was staged so Kelly could “go mainstream” and sell her book.

At the end of the special, Kelly pitched her new book Settle for More, which comes out November 15, 2016 and can be pre-ordered here.

During the special, a Reddit thread from 8-months ago titled “And now the payoff: Megyn Kelly prepares to go mainstream after staged publicity stunt with Trump” gained some new traction when it was shared via conspiracists.

The thread is commentary on an August 28, 2015 Young Conservatives article title, “Inside Source Says Megyn Kelly Could Be Prepping to Leave Fox News and ‘Go Mainstream,'” saying that after the the GOP debate feud on August 6 that:

Megyn Kelly took a convenient vacation from her show The Kelly File and will supposedly consider leaving Fox News altogether, according to a source who claims to have the inside scoop.

The source is author Gabriel Sherman, who told Newsmax TX in an interview, “Part of this is she also wants to go mainstream.”

After tonight’s interview, conspiracists are taking to social media in agreement… especially about Kelly’s book.

Anyone know what Megyn Kelly & Trump talked about during their secret meeting? Is he going to bulk buy her book to make it a best seller?

I don't know what the purpose of the Megyn Kelly/Trump interview was, but it certainly wasn't to achieve anything of real journalistic value 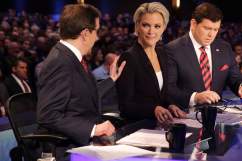 How to Pre-Order ‘Settle for More’ by Megyn Kelly 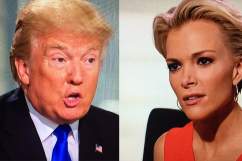