A mother was shot dead by her estranged husband while picking her children up from school in Prince George’s County, Maryland, on Thursday, police say.

Montgomery County police believe that he is also behind two additional deadly shootings on Friday in Montgomery County. One man died and two other victims were treated after a shooting at Montgomery Mall in Bethesda, and a woman was killed at a Giant grocery store in Aspen Hill.

In Thursday’s incident, a bystander, another parent who tried to intervene, was also shot, but he is expected to survive, the Prince George’s County Police Department said in a press release. His name was not released.

Thursday’s shooting happened at about 4:30 p.m. at High Point High School in Beltsville, according to police. No students were injured and it was not an active shooter situation, police said.

Eulalio Tordil lives in the 800 block of Metzerott Road in Adelphi, Maryland, according to police.

1. Eulalio Tordil Shot His Estranged Wife as She Sat in Her SUV, Police Say

Eulalio Tordil followed his estranged wife, Gladys Ubaldo Tordil onto the High Point High School property, where she was picking up her two children, the Prince George’s County Police said in a press release.

“Tordil got out of his car and confronted Gladys Tordil as she sat in her SUV. He shot the good Samaritan first and then (Gladys) Tordil multiple times, police said.

A witness told Fox 5 DC that one of Gladys Tordil’s daughters saw the shooting.

“She saw the shooting happen,” the unidentified witness told the news station. “She came out of the building on the side where the band room is and we had to just pull her right back in. She just was very shocked, out of breath. The guy that specifically held on to her to pull her inside the building, he walked into the auditorium and had his head up traumatized from the situation.”

The shooting was captured on surveillance video.

Police do not believe he had any connection to the victims killed Friday in Montgomery County.

2. He Had Lunch at Boston Market Before He Was Taken Into Custody, the Same Restaurant Where the DC Snipers Ate After a Shooting

Eulalio Tordil was arrested at about 2:45 p.m. in a parking lot across the street from the Giant grocery store in Aspen Hill, where a woman was killed earlier Friday. Police rushed across the street, telling gathered media to take cover, and then took Tordil into custody without incident.

A witness told WJLA-TV that Tordil was in a vehicle that was boxed in by police. He then surrendered without incident. Police sources told the news station that Tordil had been under surveillance starting at some point after the second Friday shooting. Witnesses said Tordil ate lunch at a Boston Market restaurant near the Giant shopping center after the shooting.

The arrest as it was happening: pic.twitter.com/cbHbhCEPYM

Tordil is believed to have been wearing body armor during the shootings on Friday, police sources told WJLA-TV.

PLEASE RT: #Wanted poster for Eulalio Tordil. Sources say he could be a suspect in today's shootings in Mont. Co. pic.twitter.com/3Wt0Ex94Rb

Police released a photo of a rental car he may be driving, a silver 2015 Hyundai Elantra with Pennsylvania license plate JZA0123. In the wanted poster, Prince George’s County Police said Tordil has threatened to commit suicide by cop and is presumed to be armed.

The vehicle description appears to match the one boxed in by police in the parking lot:

Looks like police vehicles cornered a vehicle here in the parking lot: pic.twitter.com/94AQ9LqTdS

Police said he was “walking from store to store” in the shopping center before he was arrested. He was under surveillance for about two hours.

“We needed to make sure the public was safe when we took him into custody,” Montgomery County Police Chief Tom Manger said at a news conference. “Since he had already shot four people today, we certainly did not want to have any bloodshed here. The plainclothes officers waited until it was safe.”

Manger said they feared he might have wanted to engage police in a shootout. The shopping center was not evacuated.

Montgomery County State’s Attorney John McCarthy said the Aspen Hill Boston Market is the same restaurant where DC snipers John Allen Muhammad and Lee Boyd Malvo ate after one of the 2002 shootings. He said it was likely a coincidence, though Friday’s shootings brought back memories of the paralyzing fear the random killings caused in Montgomery County more than a decade ago.

that's the exact same parking lot where the DC sniper first shot out a window in 2002. creepy. https://t.co/Brk9wWqaB7

Muhammad and Malvo killed 17 people in Maryland, Virginia and Washington, D.C. between October 2 and October 24, 2002, before they were taken into custody. Muhammad was executed in 2009 and Malvo is serving life in prison.

3. He Was Stripped of His Badge & Gun When His Wife Obtained a Protective Order Against Him

Eulalio Tordil is an employee of the Federal Protective Service, the Prince George’s Police said.

The Federal Protective Service is part of the Department of Homeland Security. According to its website, the FPS, “protects Federal Facilities, their occupants, and visitors by providing superior law enforcement and protective security services and leveraging our access to the intelligence and information resources of our network of federal, state, local, tribal, territorial, and private sector partners.”

Gladys Tordil was estranged from her husband and had a protective order against him, sources told WJLA-TV.

The order was granted on March 17.

WJLA reports that Eulalio Tordil was stripped of his police powers and weapons after the protective order was put in place. He was placed on administrative duty. Deputy sheriffs went to his home and seized six guns as a result of the order.

Gladys Tordil, whose maiden name is Ubaldo, is a high school science teacher at nearby Parkdale High School, according to its website. Parkdale High School is also in the Prince George’s County school district. it is located in Riverdale, about 15 minutes from Beltsville.

“My honors chemistry teacher for my 11th grade year passed away. I always remember how hard you were on me,” said former student Arnold Natalia, in a Facebook post. “We bumped heads here and there during class. You made me love chemistry and pushed me to succeed. How hard you were on me, helped me pass. You will always live on.” 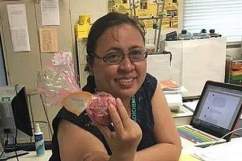 4. Tordil Worked as a ‘Security Administrator’ for the Federal Protective Service & Has Also Been Stationed in Las Vegas & Phoenix

Eulalio Tordil works as a special administrator at the GS-12 level for the Federal Protective Service, according to the website FederalPay.org. He was paid $90,744 in 2014, while working in Washington, D.C.

Before joining the Federal Protective Service in 2011, Tordil worked for the Bureau of Immigration & Customs Enforcement as a security administrator, in Phoenix and Washington, D.C., according to the website. 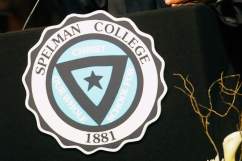 We're on the scene at High Point High School. Updates to come. pic.twitter.com/NLVX15fVZw

Students had been dismissed from class for the day more than two hours before the shooting, but there were students at the school for sports and other afterschool activities.

They were locked down after the shots were fired, officials said. School will be in session Friday and counseling will be offered to students, the district said:

Some students heard and saw the shooting.

One student said she was playing softball when she heard the shots, telling NBC Washington, “Everyone was just crying, like we didn’t know what to do. We were just crying. We have a crate where we put all of our equipment. They rushed us in there and after about half an hour they moved us to a locker room and they kept us in the gym after that.”

The school, at 3601 Powder Mill Road in Beltsville, serves about 2,100 students in grades 9th to 12th from Prince George’s County, Maryland, including the city of College Park, along with Adelphi, Beltsville, Landover and Hyattsville, according to its website. 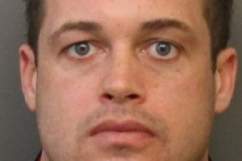 Loading more stories
wpDiscuz
6
0
Would love your thoughts, please comment.x
()
x
| Reply
Eulalio Tordil, a Federal Protective Service employee wanted in the shooting of his wife and possibly a suspect in two other shootings, has been arrested.