There was another armed man at the scene, but he isn’t considered a suspect. He was among the injured.

As the Houston Police Department continues to investigate the situation, more details about the shooting and the suspect have been released.

The suspect has been identified as Dionisio Garza, 25, of California #HouNews

Here’s what you need to know about the suspect. 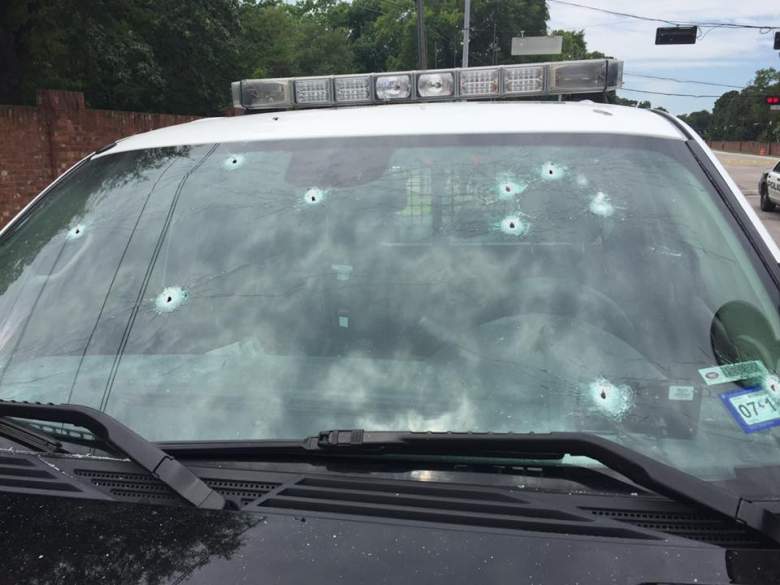 Garza served with the Army in Afghanistan and was from California. His father, a missionary, told Click2Houston.com that he believed his son was suffering from Post-Traumatic Stress Disorder, but they had not confirmed that.

“We have not received confirmation, but I strongly suspect. I really believe this is a PTSD thing,” Garza’s father told the site.

Garza served in Afghanistan in 2010 and was discharged from active duty in 2014. On his Facebook page, he wrote about arriving in Italy in November 2010 after his tour. His Facebook page hadn’t been updated since 2013 when he posted a new profile picture of himself with his jacket and medals. 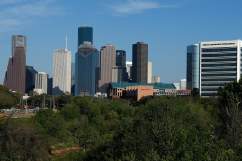 2. Garza Thought The Country Was Going to Collapse

On the internet he met some people or some people that believed like him. It’s better to go to Texas. He was trying to get us all to go over there and you know go live in a compound. That kind of talk, you know? That wasn’t my son.

In his final tweet, posted on May 25, Garza suggested that the U.S. dollar was going to collapse. “When do u think the dollar will collapse? I know this year?” he wrote.

A fellow soldier, who did not want to be identified, told KHOU that he thought the incident on Sunday could have been prevented if he helped Garza. Still, he never thought that Garza would have done this. The soldier said:

I would have never guessed Garza. Ever. I've seen him talk people down from PTSD moments I'm sure more than I could even count...I never thought he had a serious problem with it, he chose to go on a second and a third deployment and not only go, but be a leader there.

A soldier who served with Garza, told KHOU that he also believed Garza suffered from PTSD. “If precautions were taken before this, even on my part, to reach out for him then it could have been prevented,” the soldier, who didn’t want to be identified, said.

The soldier added that Garza often helped other soldiers who suffered from PTSD and would never have expected Garza to do this.

I would have never guessed Garza. Ever. I’ve seen him talk people down from PTSD moments I’m sure more than I could even count… I never thought he had a serious problem with it, he chose to go on a second and a third deployment and not only go, but be a leader there.

4. Garza Left Behind Evidence at the Scene

According to ABC13, their team saw a military bag left at the scene of the shooting. Inside were papers and more bullets. The papers included Gara’s birth certificate, which confirmed that he was born in San Bernardino County, California. Military papers showed that he was an infantryman for four years in the Army and was promoted to sergeant. He also received several medals.

“He was a kind loving smart kid. He did two tours in Afghanistan. I think he was proud to be in the military, but I know he went through a lot,” Garza’s stepmother, who also thinks he suffered from PTSD, told ABC13. “He was in the Airborne Infantry, I don’t think he ever came back the same. He had lots of friends. He seemed happy.”

5. Garza Was a Trump Supporter

Based on his Twitter feed, Garza supported Donald Trump. In February, Garza tweeted to Trump, “I’ve told everyone since August u will be President of this great nation. On the eve of your first votes I thank you. -vet.”

In August 2015, when Trump and NBC, the network that airs The Apprentice< severed ties, Garza tweeted to Trump, "get them Mr .Trump… bunch of liars and puppets. I am an army vet 2 deployments..I stand with U."

His oldest tweet was to Fox News host Megyn Kelly in August. "Dude you looked stupid up there," he wrote.

Loading more stories
wpDiscuz
17
0
Would love your thoughts, please comment.x
()
x
| Reply
An armed suspect, later identified as Dioniso Garza III, was killed during a shootout with police in West Houston on Sunday on Memorial Drive.