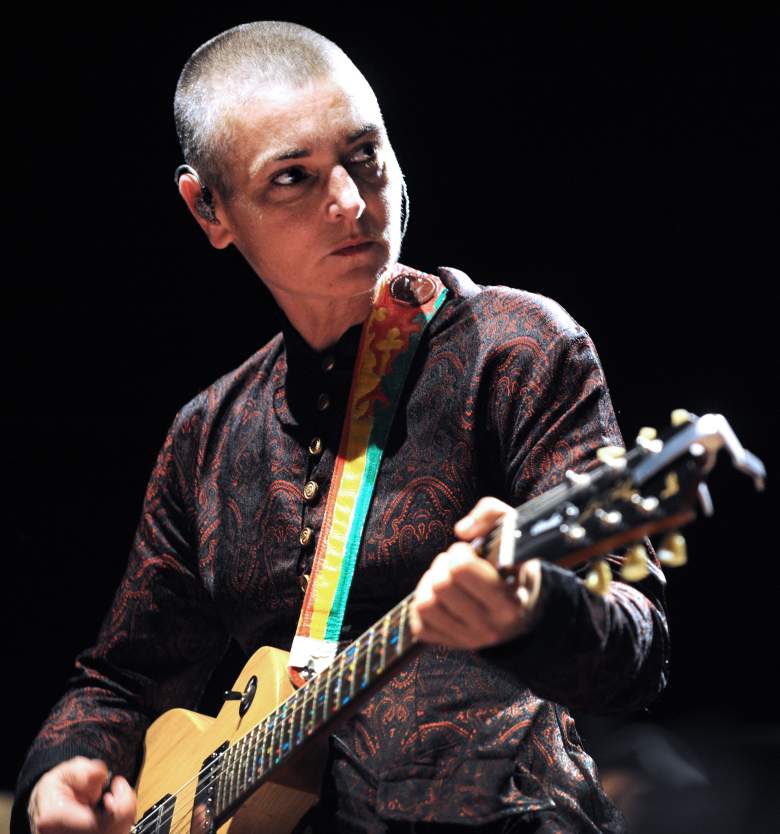 Sinead O’Connor thrust her son, Jake, into the spotlight after posting harshly about him on Facebook a couple hours after she briefly went missing. (Getty)

Jake Reynolds, Sinead O’Connor’s son, was thrust into the spotlight when his mom went missing shortly after posting an angry message directed at Jake on her Facebook page. O’Connor has since been found safe, according to ABC Chicago. She called her son a criminal a few hours after the last time she was seen. She hadn’t been seen since 6 a.m. on Sunday, when she went for a bike ride in the Chicago area. She had not returned in more than a day and police were worried that she might be suicidal, but they later found her safe. However, a few hours after she resurfaced, she posted another angry letter to her oldest child, Jake.

Sinead O’Connor went missing for more than a day after she left for a bike ride around 6 a.m. on Sunday in the Wilmette area, a Chicago suburb. About two hours after she was last seen, she posted an angry note about her son, Jake Reynolds, on Facebook, NBC reported.  Her note, which you can read above, told him to go to court and take custody of his younger brother from Tusla, which is a Child and Family Agency in Ireland.

O’Connor has since been found safe, ABC Chicago reported.

The brother she’s referencing in her Facebook post is likely Shane, her 12-year-old son. Back in May, she posted an open letter to him on Facebook, referencing how he was in the custody of Tusla:

On May 7, she explained the situation in more detail on Facebook. She said that it would be the second Mother’s Day without her son, Shane. She didn’t recover well from a hysterectomy in August, she wrote, and had to put Shane in the care of his dad and her oldest son, Jake. She wrote that they put him in foster care instead of keeping him, where he still is. She wrote that Shane has been “in intense distress since being placed in care.”

Late on Monday, after being found safe, she posted an angry letter on Facebook addressed to Jake’s father. She also wrote some very angry things about Jake again, including calling him “evil” and a “chauvinist bully like his grandfather.” Later in the same letter, she asked Jake to take custody of Shane and make sure he got any therapy or medication that he might need. You can read the entire letter at this link. 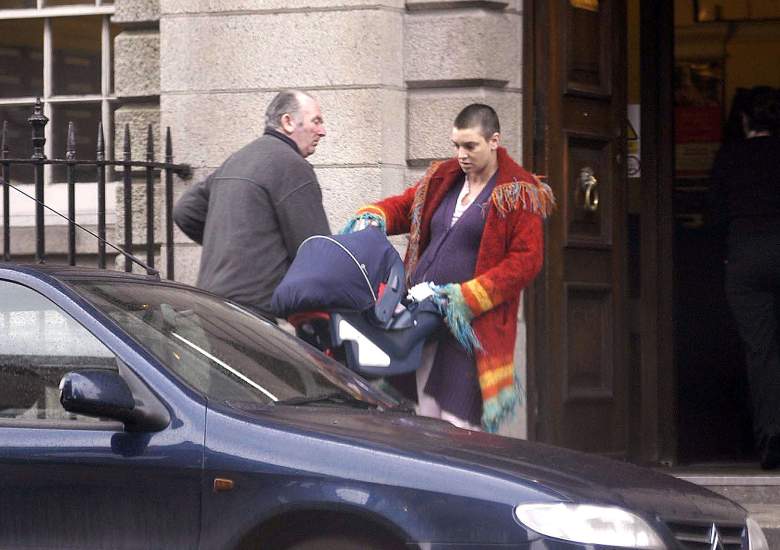 This photo from 2004 shows Sinead O’Connor with her new baby son, Shane. Shane was the subject of a Facebook post she wrote to her oldest son, Jake. (Getty)

She’s had a lot of legal troubles involving her kids. On May 12, she posted a photo of Harriet Tubman on Facebook, with a note about how she was being maliciously separated from her sons by Tusla. Earlier on May 12, she posted a photo for Shane and Yeshua that read: “Nothing looks lonelier than your mother until she sees you coming up the platform.”

In July 2015, O’Connor posted on Facebook that she was taking the rest of the year off to look after a son who was suffering from a life-threatening medical condition, The Irish Post reported. Previous announcements had said her events were cancelled due to exhaustion. She didn’t say which son she was referencing.

3. In November, She Told Jake and Her Other Children on Facebook That They ‘Killed Their Mother’ 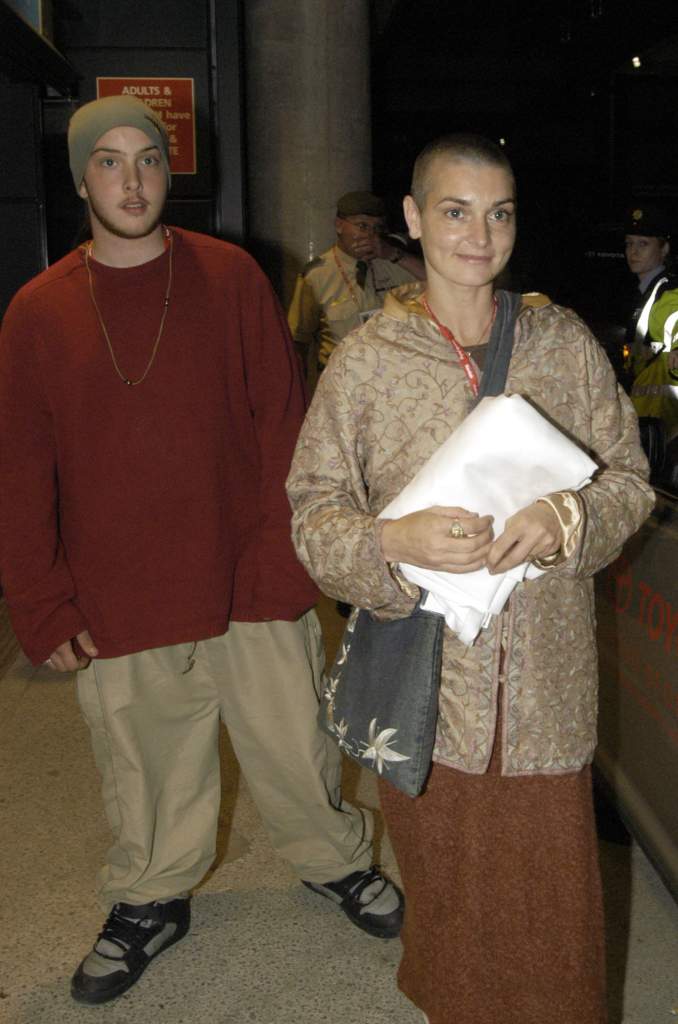 This isn’t the first time that O’Connor, 49, has posted troubling messages on Facebook about herself and her family. In November, she posted a suicidal note on her Facebook page and referenced “appalling cruelty” from her family. She said she was in a hotel and could find no other way to get respect.

Earlier that week, she had posted about fights with her two of her exes over custody of her children. Authorities later found her  and she was hospitalized for an overdose. 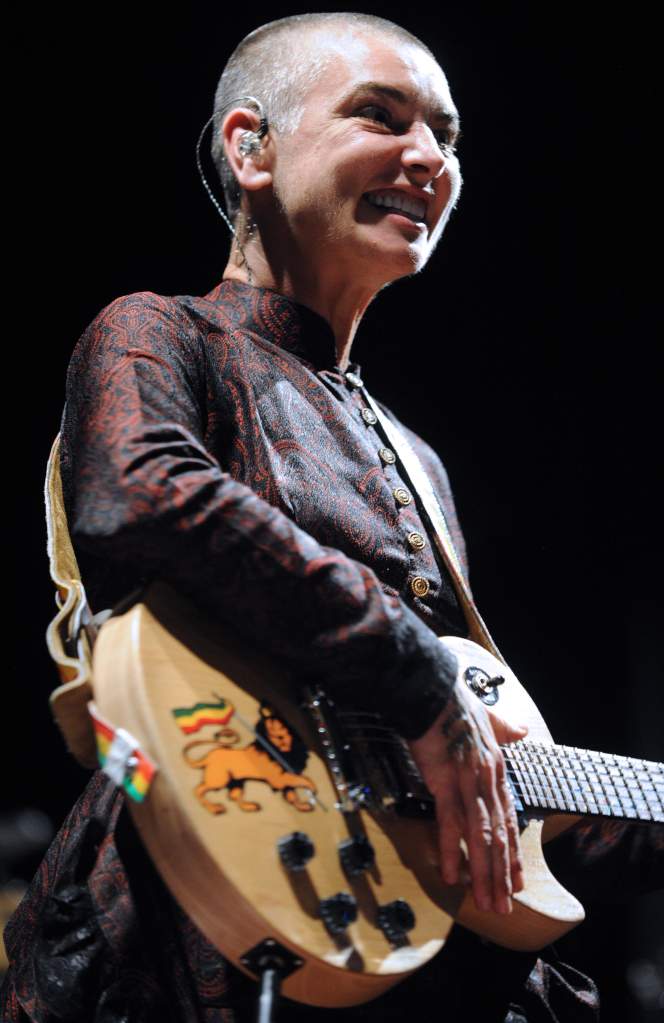 On July 18, 2015, Jake Reynolds’ girlfriend Lia gave birth to O’Connor’s first grandchild. She was ecstatic to be a grandmother at 48 and posted proudly about it on Facebook. She wrote posts like “OMG! Am literally hours away from the greatest dream of my life coming true! #Granny!” and a cartoon with the caption: “It’s a boy. Don’t mess with abuelita.”

Despite her angry rants about Jake, O’Connor has also posted proud comments about him on Facebook, such as this message where she talked about something he wrote when he was four:

5. Some People on Facebook Said O’Connor Was Venting About Jake with Them After She Went Missing

O’Connor posted about Jake on Facebook a couple hours after she was last seen. (She has since been found safe.) Some people on Facebook said they found the whole thing suspicious. One person, whose post is embedded above, wrote that she was venting online with fans after she was last seen and she didn’t seem suicidal at all. Jason Cortright wrote, “She was ranting (note: not depressed or suicidal talking) about her son Jake… I suspect there will be more to this, hopefully not the worst.”

Apparently the fans who thought she wasn’t suicidal were right. She has since been found safe, ABC Chicago reported.

O’Connor has been very forthright about the health issues she has struggled with during her life. In 2007, on The Oprah Winfrey Show, O’Connor said that she had been diagnosed with bipolar disorder four years before. But in February 2014, when she was on Oprah’s show again, she said she had gotten second opinions from other doctors, who said she wasn’t bipolar.

Loading more stories
wpDiscuz
1
0
Would love your thoughts, please comment.x
()
x
| Reply
Jake Reynolds, Sinead O'Connor's son, was thrust into the spotlight after she left a Facebook post about him after she went missing. She's been found safe.