A 23-year-old Indianapolis mom has been charged with felony child neglect after her 2-year-old son accidentally shot himself dead in April.

Her son, Kiyan Enoch, died on April 20 from the self-inflicted gunshot wound at Shelton’s home. Shelton is accused of leaving a loaded, unsecured handgun in the vicinity of her son, the Marion County prosecutor says.

1. Shelton Says She Was Upstairs Putting Her Daughter to Bed When She Heard a ‘Boom’

Kiyan Shelton told Indianapolis police investigators she was upstairs putting her 9-month-old daughter to bed, while her son, Kiyan, was downstairs by himself. Shelton told police she then heard her cell phone ring, followed by a “loud boom,” according to an affidavit acquired by WTHR-TV.

Shelton said the .380 handgun was in her purse along with her cell phone, police said. The purse was on a counter near her kitchen, according to police.

Shelton’s cousin, John Pearson, told the New York Times that the purse was out of the reach of the boy, but when Shelton’s phone started ring, Kiyan pushed a chair close to the counter, climbed onto the chair and reached for the purse. He then accidentally shot himself.

Shelton had a valid permit to carry the handgun. She told police she normally kept the gun in her car, but had recently decided to keep it inside with her, according to WISH-TV.

She told police she had been going to Don’s Guns, an Indianapolis store, and had been told to keep the gun loaded with a bullet in the chamber, WISH-TV reports. She also said she knew the safety was off, according to police.

2. The Boy Was Found Unresponsive & Was Rushed to the Hospital, But Later Died of His Injuries

Shelton rushed downstairs and found Kiyan bleeding on the floor from a gunshot wound to the chest, her cousin told the New York Times.

Shelton called 911 and began attempting CPR, according to WISH-TV.

Kiyan was rushed to a local hospital, but was pronounced dead.

The shooting happened at about 9 p.m. in the 5200 block of Alameda Road on the northwest side of Indianapolis, according to police.

3. Shelton Was Released From Custody & the Initial Hearing in Her Case Is Set for May 12

Shelton bonded out of jail Wednesday after she was arrested, WISH-TV reports. The initial court hearing in her case is set for Thursday, May 12.

She is charged with neglect of a dependent resulting in death, a class A felony.

Shelton and the boy’s father, Kenny Enoch, could not be reached for comment.

Enoch wrote on Facebook in April, “I want to thank everybody for the prayers sorry I could reply to them all its was so many I feel the love and support I got the best friends and family love you all!”

Just days after Kiyan fatally shot himself, a 10-year-old boy in Indianapolis died after an accidental self-inflicted shooting.

Noah Sarver was playing with the gun when he accidentally shot himself. The gun was found in an alley behind his home, according to Fox 59.

“At this point in the investigation, from witness statements and other evidence, we believe this to be a tragic accident,” Indianapolis Police Captain Richard Riddle told the news station.

That case remains under investigation, the Marion County prosecutor says.

The prosecutor also mentioned that there is a third case ongoing involving a child who accidentally fatally shot himself. Nicholas Gulling and Sandra Tomich, parents of a 3-year-old son who died after shooting himself in December 2013, when he reached for a loaded gun on the kitchen counter of their home, WTHR-TV reports.

Gulling has recently agreed to plead guilty to the felony neglect charge, the news station reports. 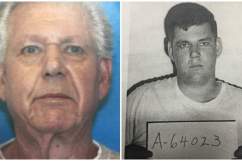 5. At Least 88 Children Have Died in Shootings in 2016 Where a Person Under 17 Pulled the Trigger

According to Everytown for Gun Safety, at least 88 children have died in a shooting where a person under 17 pulled the trigger.

“The U.S. has one of the highest reported rates of unintentional child gun deaths in the world. And Everytown research indicates that the number of incidents involving death and injury are significantly underreported,” Everytown says. “These aren’t accidents. They’re preventable. More than two-thirds of these tragedies could be avoided if gun owners stored their guns responsibly and prevented children from accessing them.”

There were 278 shootings involving children where the person who pulled the trigger was under 17 in 2015. 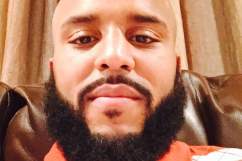