Lucara, a Canadian mining firm, just sold a massive 813 carat diamond for $63 million dollars. This is the highest sale price ever for a rough diamond. But the Constellation diamond actually pales in comparison to the Lesedi La Rona, which Lucara will auction off in June.

The diamond sold this week was named "The Constellation" and was found in the wildly successful Karowe mine in Botswana in November 2015. As part of the sale to purchaser Nemesis International DMCC, Lucara retained a 10% interest in the diamond. 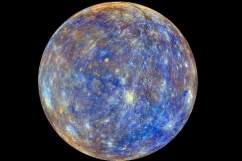 Read More
Breaking News
Lucara had a record-breaking diamond auction, but the second-largest gem diamond ever is still for sale. See photos of the Constellation and Lesedi La Rona.