A Snapchat video showing a group of Florida teens laughing as one throws a pet bunny into a wall has led to criminal charges, police say.

Three teen girls, who were not identified because of their ages, were arrested after the video was posted online to a Facebook group, the Florida Times-Union reports.

The video was posted to the Nassau County… Rants, Raves and Review group on May 27 by a Laura Morabito.

“I don’t like to post these things, but she’s in our area and We have to find out who these little girls are,” Morabito wrote. “Please share guys, this is absolutely disgusting and not ok. Where are the parents?!”

The teen girls, who are 13 and 14, were arrested after the Nassau County Sheriff’s Office received several complaints, the Times-Union reports. They were taken to a juvenile detention facility in Jacksonville.

A screenshot shows one of the teen girls throwing the bunny.

A loud thud can be heard in the video as the bunny hits the wall, followed by laughter from the girls. One of the girls also appears to kick the bunny.

The bunny was taken to Nassau County Animal Services. A photo of the wounded pet can be seen below:

“The Bunny is safe and sound. X-rays have shown a leg fracture so this bunny won’t be available for adoption for a while.The Bunny will be receiving additional vet care until fully healed,” the Animal Services agency said in a Facebook post. 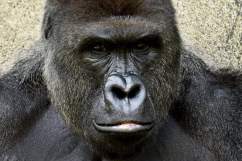 Loading more stories
wpDiscuz
86
0
Would love your thoughts, please comment.x
()
x
| Reply
Three teen girls from Florida were arrested on animal cruelty charges after they posted a video to Snapchat showing them throwing a pet bunny into a wall.