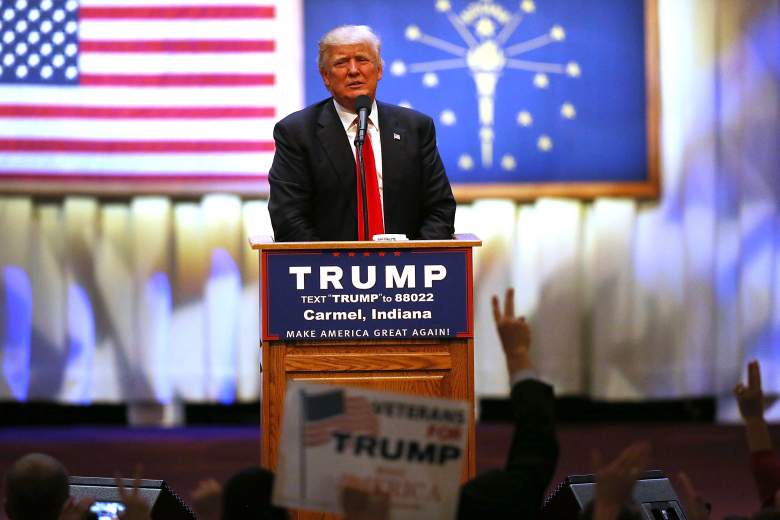 Donald Trump looks to extend his lead in Nebraska. (Getty)

Nebraska is the next stop on the campaign trail for the GOP candidates. The Nebraska Republican primary will take place May 10 with 36 delegates at stake.

The delegates are awarded in winner-take-all fashion with the candidate with the most votes statewide winning all 36 delegates. There have been no early polls taken in Nebraska but this will likely change in the coming days.

FiveThirtyEight is more bullish on Cruz’s chances. Citing his Kansas victory of 24 percentage points, FiveThirtyEight believes Cruz has a good chance of doing well in Nebraska given his previous success in similar parts of the country.

Cruz has been mathematically eliminated from winning the nomination outright but is pushing for a contested convention. This is only possible if Trump fails to win the 1,237 delegates needed to win the nomination. Cruz faced a deficit of over 400 delegates prior to the Indiana primary.

.@TedCruz now has a leadership team in Nebraska, which holds its primary a week from Tuesday: pic.twitter.com/7zIvmuZWSx

Nebraska is a closed primary which means voters must be a registered Republican to participate in the GOP primary.

After Nebraska, the Republicans will have May primaries in West Virginia, Oregon and Washington.