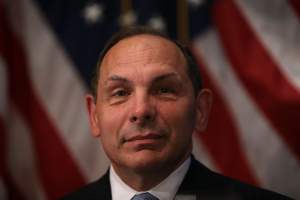 The head of Veterans Affairs compared wait times at VA hospitals to waiting in line at Disneyland. Robert McDonald is now coming under fire as he said the VA doesn’t use wait times as a measure of success and neither does the Happiest Place on Earth. He has since apologized saying he “deeply regrets” the comments. McDonald, an Army veteran, has been in charge of the VA since 2014. He also admitted to lying about his military service. Here’s what you need to know:

While speaking at a breakfast Monday morning, hosted by the Christian Science Monitor, Veterans Affairs Secretary Robert McDonald compared the length of wait times at Veterans Affairs hospitals to the time you wait for a ride at Disneyland.

McDonald is quoted as saying, “When you go to Disney, do they measure the number of hours you wait in line? Or what’s important? What’s important is, what’s your satisfaction with the experience?”

McDonald was asked questions about the VA’s ongoing struggles with wait times, as veterans have voiced many concerns about how long it takes to receive care. Secretary McDonald is reported as saying that most veterans are satisfied with their care and that the average wait time is only a few days.

2. Sec. McDonald’s Comments on Wait Times Upset Many in Washington Including the House Speaker

House Speaker Paul Ryan could not contain his disappointment over Secretary McDonald’s comments. He took to Twitter to express his anger, writing, “This is not make-believe, Mr. Secretary. Veterans have died waiting in those lines.”

This is not make-believe, Mr. Secretary. Veterans have died waiting in those lines. https://t.co/OxfT3AYzTi

Others have also released statements about the Secretary’s comments including the Chairman of the Senate Veterans Affairs Committee, Senator Johnny Isakson from Georgia, who said he was “extremely disappointed” with McDonald’s comparison.

Following the resignation of Eric Shinseki, who left his post in May of 2014, President Obama, nominated Robert McDonald. Shinseki resigned following the scandals that plagued Veterans Affairs, including veterans dying due to lack of care and long wait times at facilities. McDonald was confirmed with a unanimous vote by the Senate to become the 8th Secretary of Veterans Affairs.

McDonald is married to his wife Diane and they have two adult kids. McDonald and his wife are the founders of the McDonald Cadet Leadership Conference at West Point—an annual gathering that brings together the best and brightest young minds from the best universities around.

McDonald was the head of The Proctor & Gamble Company from 2009-2013, until he retired. He had worked for P&G since 1980, beginning his work for Tide as a brand manager. He slowly moved up within the company, eventually becoming the president of the company’s Japan operations. Several years later he became the Vice Chairman of Global Operations, three years later the Chief Operating Officer, all leading up to his appointment as CEO and President in 2009.

5. McDonald Is an Army Veteran Who Lied About His Service

McDonald was born in June of 1953, in Gary, Indiana, just outside Chicago. Upon graduation of high school, McDonald then went to West Point where he graduated with a degree in Engineering in 1975; he was the top 2-percent in his class. He then went to the University of Utah where he earned an MBA three years later. He also served five years in the Army, mainly with the 82nd Airborne Division; earning the Ranger tab, the Expert Infantryman Badge, and Senior Parachutist wings. He eventually earned the ranking of Captain. Upon leaving military service, McDonald was awarded the Meritorious Service Medal.

McDonald has also been accused of lying about his military career after being caught on camera, by The Huffington Post, telling a homeless veteran he served in the special forces, despite never having done so. McDonald acknowledged his lie, last year, saying he has “no excuse” and that he was “not in special forces.” 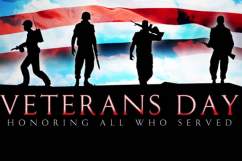 Loading more stories
wpDiscuz
3
0
Would love your thoughts, please comment.x
()
x
| Reply
The head of Veterans Affairs, Secretary Robert McDonald, facing a lot of criticism for comments he made about wait times at Veterans Affairs hospitals and comparing them to waiting for rides at Disneyland.