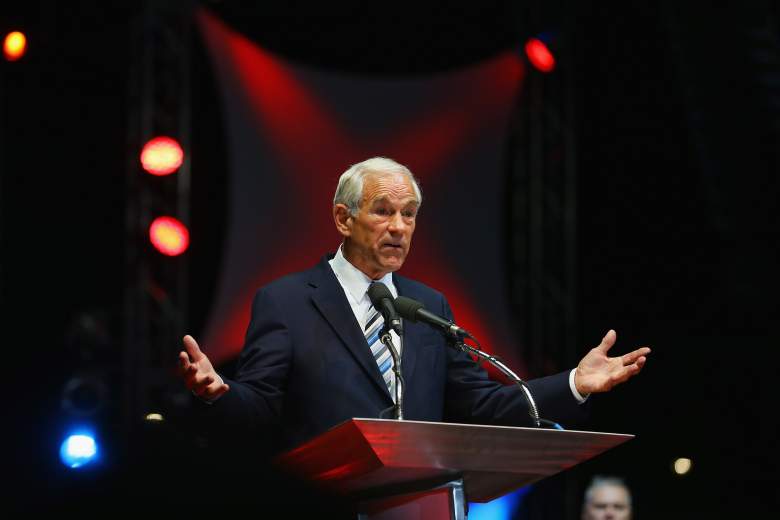 What are the chances that Ron Paul could be the next Secretary of State? (Getty)

An unexpected tweet from a conservative journalist got a lot of people talking about the possibility that Ron Paul might be part of Donald Trump’s cabinet back in May. Now that Trump has been elected President, the push for Paul to be his Secretary of State is gathering steam again.

In early May, seemingly out of nowhere, Jennifer Rubin of the Washington Post mused about Libertarian Ron Paul joining Trump’s cabinet. Now people on both sides of the political spectrum are hoping the March query might become a reality.

Ron Paul Tweeted About the Secretary of State Rumor in May

Seemingly quite randomly one morning in May, Rubin of The Washington Post tweeted:

Her message spawned a lot of responses, ranging from “Are you afraid of peace?” to “You mean yet another reason to vote for him?”

The next morning, Ron Paul responded with his own tweet:

One thing missing from Paul’s statement was any mention that he would not want to be on Trump’s cabinet. Daniel McAdams later wrote about it for the Ron Paul Institute:

But nothing makes Rubin madder than the fact that the ideas Ron Paul openly espoused in his recent two presidential campaigns have planted a seed especially among young people, who may in fact be settling for Trump but whose hearts are still with Dr. Paul’s prescription for peace and prosperity: non-intervention overseas and in the US economy.”

He added that such a pairing is highly unlikely, but then went on to share what such a position would do for the country:

A petition started in May in support of the idea has recently begun gathering steam again, with more and more people signing and expressing their support for Paul. At the time of publication, only 3,200 signatures are needed to reach 15,000.

Ron Paul recently said that he wouldn’t vote for Hillary Clinton or Donald Trump, but would likely vote for a third party candidate. Later, he said in an interview that progressives might want to consider voting for Jill Stein. Paul himself never officially endorsed anyone.

During the campaign, Trump supporters expressed hope that Trump would consider Paul for a cabinet position, perhaps Secretary of State or even Secretary of Treasury, since both support auditing the Fed. One Trump supporter wrote on Reddit: “I really respect Ron Paul. I hope Trump utilizes him. He’s one of our greatest living patriots. Time will confirm that.”

Donald Trump has not spoken about this topic yet. However, Ben Carson has said that Trump may make an unexpected choice for Vice President, perhaps even a Democrat. If so, putting a Libertarian on his Cabinet would not be so far-fetched. 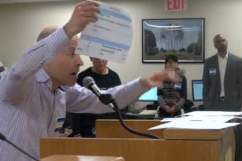 Read More
Breaking News, Politics
Could Ron Paul be on Donald Trump's Cabinet, maybe even Secretary of State? Paul tweeted about the possibility today. What are the chances? Find out here.