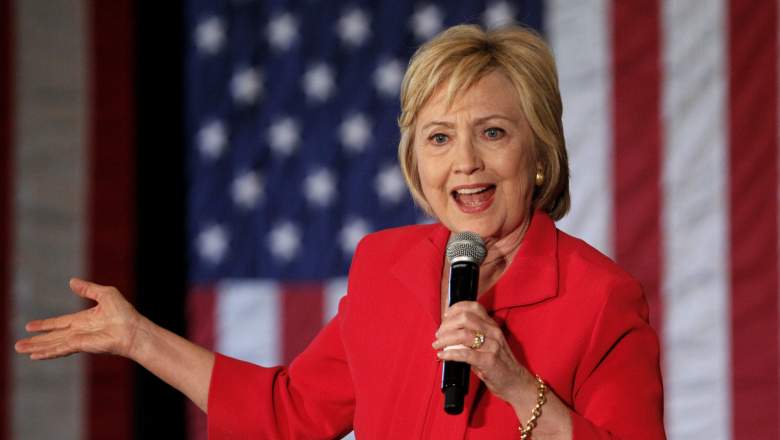 Hillary Clinton split the May 17 primaries but picked up a superdelegate. (Getty)

The May 17 primaries were a mixed bag for the Democratic candidates. Hillary Clinton won Kentucky’s popular vote by a nose, splitting the Bluegrass State delegates with Sanders 27-27. Meanwhile, Sanders’s double-digit Oregon win gave him 28 of Oregon’s delegates to Clinton’s 24. The net result is a 4-delegate swing for Sanders and a victory on the night.

While the battle went to Sanders, Clinton came closer to winning the war. Mathematically eliminated from the 2,383 delegates needed to clinch the nomination with only pledged delegates, Sanders set a new target: 2,026, or the majority of pledged delegates, in order to convince the party’s super- or unpledged delegates to back him at the convention. Sanders needed 65 percent of the remaining pledged delegates prior to Kentucky and Oregon to reach this number, and got around 52 percent. His target is now 67 percent. Meanwhile, the attempt to woo superdelegates isn’t going well for him either, as former supporter Emmett Hansen II of the Virgin Islands switched to Clinton earlier in the week.

Sanders’s May 17 win got him closer to Clinton in pledged delegates, but not by much. Sanders’s 4-delegate gain comes in the face of nearly 300 delegates Clinton has on the Vermont Senator:

There are 712 pledged delegates remaining, the majority coming from California’s 475. Recent California polling predicts a Clinton win but is not consistent on the margins, reporting anything from 2 to 19 percent.

Superdelegates are elected officials and party insiders chosen by the Democratic National Committee to vote at the convention without being tied to primary election results. While Clinton has had large estimated leads in this category, the superdelegate vote is not set in stone until the Democratic convention. Here’s where they stack up, based on stated support:

Clinton’s lead and Sanders’s deficit grew an insignificant amount over the week, as Emmett Hansen II of the Virgin Islands flipped to the frontrunner following a conversation about her plans for the islands.