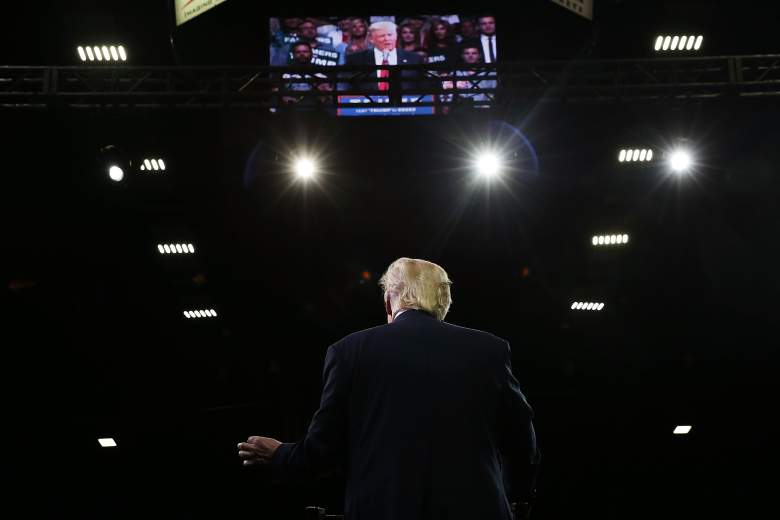 Donald Trump holds a rally in California ahead of the state’s primary.

The situation outside of Donald Trump’s San Diego rally turned ugly as pro-Trump and anti-Trump forces came head to head and multiple arrests were made.

According to the Los Angeles Times, San Diego police gave dispersal orders this afternoon and moved into the area “due to violence and physical confrontation in the crowd.” 18 people were in need of medical attention, plastic bottles were thrown at officers, and one man set his Make America Great Again hat aflame.

Police say they have arrested three protesters who attempted to enter the secure area. Multiple videos were posted by those in attendance of the clashes breaking out and of police making their arrests. Trump actually left San Diego several hours ago, but demonstrations have remained into the evening.

An aerial view of the chaos outside the Donald Trump rally in San Diego #SDTrumpRally https://t.co/M5xkVAZU4d – @GeoffRBennett

Police are currently marching down Harbor Drive equipped in riot gear. CNN reports at least one person has been pepper sprayed by officers.