Akram I. Musleh, 18, is accused of trying to join ISIS. (Federal Court Documents)

FBI agents arrested Akram I. Musleh of Brownsburg, Indiana on terrorism charges Tuesday. A federal complaint says that Musleh, 18, was about to get on a bus from Indianapolis to New York when he was arrested. He was allegedly planning on flying from John F. Kennedy Airport to Morocco, where he would then go to ISIS-controlled areas, according to the complaint. Once he made it to his destination, he would join ISIS, the documents allege.

“The radicalization of American citizens by terrorist organizations like ISIL is a threat to our safety here and abroad,” U.S. Attorney Josh J. Minkler said in a statement. “I am committed to using the full authority of the United States Attorney’s Office to identify, investigate and prosecute those that materially support terrorism. I would like to thank the Federal Bureau of Investigation, the Brownsburg Police Department and the Indianapolis Metropolitan Police Department for working with us during this investigation. We will continue to work closely with our law enforcement partners but as in this case, we rely heavily on the public’s assistance to help make our community safe.”

Here’s what we know about Musleh so far. This story is breaking and will continue to be updated as we learn more.

According to the The Indy Star, the documents say that the FBI first learned about Musleh through his YouTube page, which featured videos from Anwal al-Awlaki, the American-born al-Qaeda leader. Musleh first justified these videos by saying he was trying to understand Islam and knew about Al-Awlaki, authorities said. Authorities first learned of Musleh in 2013.

However, nine months later he bought an ISIS flag and posted a photo of himself online in front of it, the documents say.

The Brownsburg Police Department also said there was an incident in Williams Park where Musleh allegedly asked others if they wanted to join ISIS. According to WISH-TV, the BPD is working with the FBI on the investigation.

Here is the complete criminal complaint:

The documents said that an FBI agent saw Musleh shopping for pressure cookers at a local WAl-mart. Musleh didn’t buy anything though. Pressure cookers were used by the Boston Marathon bombers in April 2013.

Authorities said that he researched how explosive material works online in May.

3. FBI Officials Say He Made Plans to Fly to Iraq or Turkey, But Never Did

The FBI alleges that Musleh planned five trips to Iraq or Turkey in 2015, as Turkey is often a location where people who want to join ISIS travel to. He had a trip planned in June 2015, leaving form Chicago, but U.S. Customs and Border Protection stopped him. He was trying to go to Istanbul that time, the FBI says.

According to the court documents, Musleh first told investigator that he had family in Turkey, but that was discovered to be untrue. He also claimed that he had a fiancee in Sweden and they were going to get married. Although authorities think she is an ISIS sympathizer, her name was not released.

Musleh bought the plane ticket he was going to use this week in April 2016, the documents say, and he bought the Greyhound bus ticket from Indianapolis to New York Tuesday. 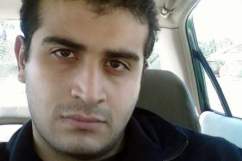 4. The Court Documents Say Musleh Talked to Someone Online About Joining ISIS

BREAKING: Federal authorities believed Akram Musleh may have encourage to commit act of violence in the U.S. @WISH_TV #Iteam8

In May, a month before buying the tickets, Musleh read an article about the Indiana Department of Homeland Security’s list of over 8,000 terror suspects in the state, the documents said.

5. If Convicted, Musleh Would Be Sentenced to 20 Years in Prison

According to Fox59, if Musleh is convicted, he could be sentenced to 20 years in prison and face a $250,000. He would also be supervised for the rest of his life after release.

We commend the FBI and law enforcement officers at every level in this state for the efforts that led to the apprehension of a radicalized Brownsburg teenager who was attempting to join terrorist forces in the Middle East. The apprehension of this suspect is an example of collaboration at the highest level of law enforcement and because of these actions, there is no doubt that Indiana is a safer place.

While every Hoosier should draw comfort from this successful effort by our law enforcement community, we must not lose sight of that fact that, in light of the most recent terrorist attacks in Orlando and San Bernardino, no community is immune from this new threat. In these challenging times, it is essential that all Hoosiers exercise vigilance and report any suspicious activities to the appropriate law enforcement authorities. In short, if you see something say something.