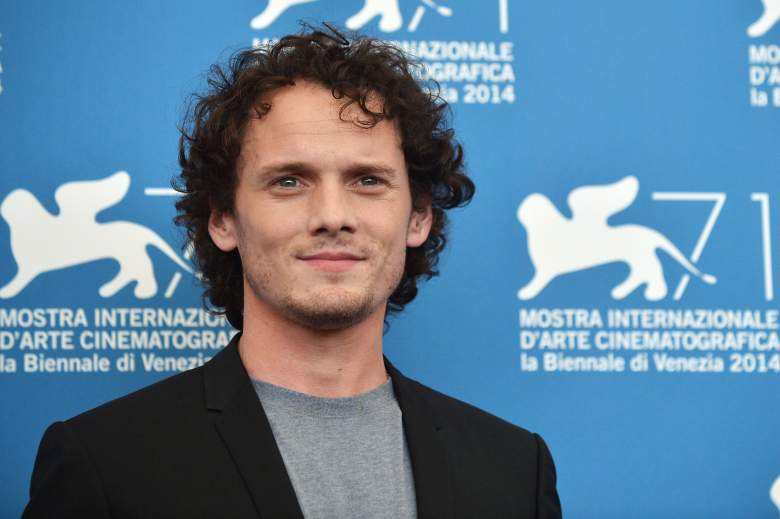 Anton Yelchin, known in part for his role in the Star Trek films, has died. (Getty)

In the aftermath of this shocking news, Yelchin’s impact on the entertainment industry was immediately made clear. Costars, friends and fans took to Twitter to remember the late actor and express their grief over the loss of such a talented artist.

From those who worked with him on films to those who simply admired his work, here are the celebrity reactions to Anton Yelchin’s death you need to see. This post will be updated as additional costars weigh in, so check back in soon for more.

I loved Anton Yelchin so much. He was a true artist – curious, beautiful, courageous. He was a great pal and a great son. I'm in ruins.

our dear friend. our comrade. our anton. one of the most open and intellectually curious people… https://t.co/zgTxXmyrbD

Devastated by our friend's loss. We are mourning his passing and celebrating the beautiful spirit that he was. #RIPAnton

I am so saddened by the death of Anton Yelchin. He was an amazing person. He always made me feel at home on the set. :(

Still in shock. Rest in peace, Anton. Your passion and enthusiasm will live on with everyone that had the pleasure of knowing you.

Heartbreaking to hear the news today about Anton. An incredible talent, lost much too soon. He will be missed.??

Oh, Anton. Such a dedicated, generous and hyper-smart young man. So grateful for the time we shared, destroyed he left so soon.

Anton was a sweetheart. Absolutely a great creative partner and artist.

Anton Yelchin was one of my best friends. Can't say anything that conveys what this feels like

So sad to hear this news… pic.twitter.com/fyQajch5kN

Fuck. I was lucky enough to call Anton Yelchin my friend for the better part of the last decade. This is so fucking awful.

So very sad to hear the awful news about Anton Yelchin. Such a fine actor with his whole career ahead of him. He will be remembered always.

I only got to work with Anton Yelchin for one day but immediately he was the kind of person you rooted for & wanted to see thrive.

Absolutely devastated to hear about Anton Yelchin. He was such a gifted, natural actor & a deeply kind man. My thoughts are with his family.

Devastated to hear about the brilliant Anton Yelchin. He was thoughtful, kind, and gifted. My thoughts and prayers are with his family.

Anton Yelchin was a bright, brilliant talent, and a truly kind person. I was so taken by him, and won't ever forget his sweet smile. RIP

I am utterly heartbroken about this terrible news. Anton Yelchin was a gift to this world. My thoughts and prayers are with his family.

Devastated about Anton Yelchin. He was a very sweet kid. My heart goes out to his family

My condolences to all who lost Anton Yelchin. He was a great talent and it remains joy to watch his work.

Worked with Anton Yelchin many years ago. An amazingly kind, talented and generous soul. What a tragic loss. RIP.

Anton Yelchin just died in a car wreck. So damn sad. I met him and his Mom on a plane once. They were very sweet. https://t.co/OtkoO4HisG

In absolute shock over the loss of #AntonYelchin. Absolutely horrible

I can't believe this. I am so sad… #RIP Anton Yelchin. One of my favorite male actors.Another one we've lost too young…just devastating.

So sad to hear about Anton Yelchin. I was a HUGE fan. Terrible news. RIP

This is unreal. Anton Yelchin is such a talent. Such a huge loss.

RIP to one of the worlds young talents! Sleep well Bro! #AntonYelchin https://t.co/s5sV14TnDb

So sad to hear about Anton Yelchin, always been one of my favorite actors… Condolences to his family and friends… RIP

Man, saddened to hear of Anton Yelchin. Didn't know him well – worked separately on Only Lovers Left Alive, and I only remember a sweet kid.

Beyond sad and stunned to hear about Anton Yelchin.

My thoughts are with his family and friends.

RIP Anton Yelchin. I had the pleasure of meeting this gifted young man on the set of House of D. Such a loss. Condolences to friends/family.

Devastated at the news of Anton Yelchin's shocking passing.

I've literally dreamed of working with Anton Yelchin and just brought him up in a directors meeting. Be present say I love you you never kno

I had dinner with Anton Yelchin 2 nights ago we talked about shooting together and making movies he is a great guy very sad to see him go.

Was lucky to work with Anton Yelchin for a day years ago. I was very nervous. He was very kind. As a young actor, that meant a lot.

Can’t believe this news about Anton Yelchin. What a huge loss. Speechless.

Rest in peace, Anton Yelchin. If any of us survive 2016, it will be a goddamn miracle.

Anton Yelchin has always been one of my favorite actors. I've seen every movie. This is awful. Im so sorry for his family & friends.

Devastated. Had the pleasure of working with #AntonYelchin what a huge talent yet delightful, sweet and so humble. Heartfelt condolences

So disturbing to lose the enormously talented Anton Yelchin. We have lost a truly great actor.

Crestfallen to hear the news of Anton Yelchin. He was a superb actor and I always looked forward to the work he did. He will be missed.?

Very sad to hear Anton Yelchin has died. Do yourself a favor and watch "Like Crazy." I love love love that movie. And he is amazing in it.

Terrible news about Anton Yelchin. Poor wee guy. Such a likeable actor who brought a lot of warmth to the new Trek cast. RIP.

Just heard the awful news of Anton Yelchin's death. my love goes out to his family and friends at this time of sudden loss.

Just heard about #AntonYelchin what a great talent and good young man. Gone far too soon… #GodBless Terrible loss. You I'll be missed.

Any young actor who wants to see someone doing it for real watch anything Anton Yelchin ever did….. Fabulous actor who will be missed.

I don't know what to say… I'm so shocked and heartbroken to hear about Anton Yelchin. Rest in Peace.

deeply saddened by the news of Anton Yelchin's passing. thank you for your beautiful and inspiring body of work of art. rest in peace.

Terrible, devastating news about the death of Anton Yelchin. Unbearably tragic. A kinder soul you will never find. pic.twitter.com/QidIPN5Uvg

RIP to one of my favourite actors Anton Yelchin, you had an immense impact on my life really going to miss you man=( pic.twitter.com/b2CIwpFhnG

Very saddened to hear the news about Anton Yelchin. An amazing talent gone way too soon. Rest in peace.

I looked up to Anton Yelchin for my entire career, since first seeing Hearts In Atlantis. Always heard great things about working with him.

I admired his work and his gentleness. Tragic to lose him so young. Go in peace Anton Yelchin.

Such sad news about Anton Yelchin. I only admired from afar, but a true artist and a real star in my eyes. Such a loss. Such a tragic loss.

Loading more stories
wpDiscuz
1
0
Would love your thoughts, please comment.x
()
x
| Reply
Anton Yelchin has died in a freak accident at the age of 27, and much of Hollywood is paying tribute to the late actor on Twitter.