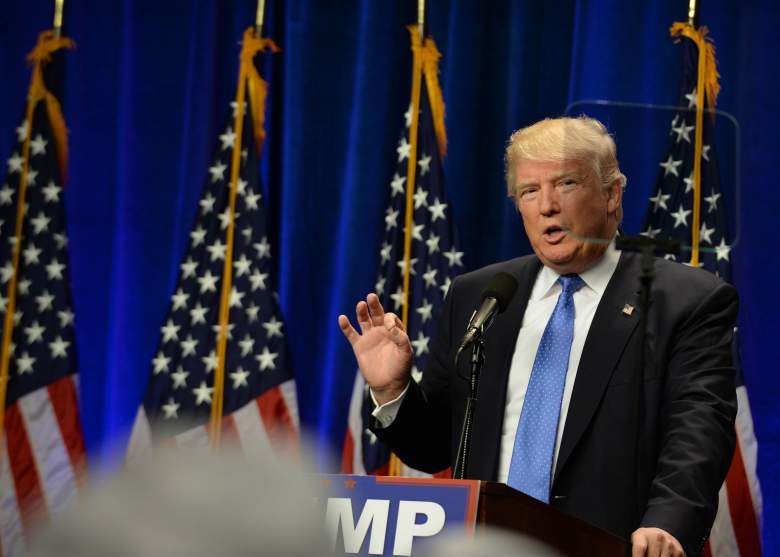 On June 14, the Washington Post reported that Russian hackers gained access to the Democratic National Committee to access files on opposition research of Donald Trump. This led to no shortage of immediate Twitter speculation that Russian hackers are helping Trump, since Vladimir Putin and Trump have praised each other in the past.

DNC officials told the Washington Post that the hackers also could read all emails and chats, with access for the last year. They only discovered the hack in late April after DNC CEO Amy Dacey’s operations chief spotted unusual network activity.

“The security of our system is critical to our operation and to the confidence of the campaigns and state parties we work with,” then-DNC Chairwoman Debbie Wasserman Schultz told the Post. “When we discovered the intrusion, we treated this like the serious incident it is and reached out to CrowdStrike immediately. Our team moved as quickly as possible to kick out the intruders and secure our network.”

The emails have since been leaked and caused havoc at the start of the Democratic National Convention in Philadelphia, as the emails revealed that Wasserman Schultz and other Democrats wanted Hillary Clinton to beat Bernie Sanders. On July 25, ABC News reported that federal officials now believe that the Russian government was behind the hack in an attempt to influence the direction of the election.

After the initial report, there was speculation on Twitter that the Russian hackers might be helping Trump have access to what the Democrats have on him. There is no evidence to support that now. They also hacked Hillary Clinton and Trump’s campaigns, as well as Republican political action committees. The Russian hackers did not take financial, donor or personal information, so it didn’t look like the actions of criminals but the work of spies.

A lot of people think the Russians hacked the DNC so they could give the files to Trump. There's something going on. It's inconceivable.

Think about why Russian intelligence would want Dem oppo on Trump for precisely 7 seconds. What have you concluded?

Russia also has plenty of information on Clinton, but had little on Trump, who has never been elected to office before. Hackers there have shown an interest in how American politics works. In Clinton’s case, there is decades of information on how she might act as president, but Trump hasn’t had the kind of experience Clinton has. In the past they gained access to unclassified emails from President Obama. They also hacked into NATO computers in 2014.

“We’re perceived as an adversary of Russia,” Shawn Henry, the president of Shawn Henry, the president of CrowdStrike, the company the DNC called in, told the Post. “Their job when they wake up every day is to gather intelligence against the policies, practices and strategies of the U.S. government. There are a variety of ways. [Hacking] is one of the more valuable because it gives you a treasure trove of information.”

Another sign of Russian interest in Trump came last month, when The Daily Caller pointed out that many of the Twitter bots that follow Trump appear to be Russian.

In an op-ed for The New York Times, published on August 5, former CIA Deputy Director Michael J. Morell suggested that, “Mr. Putin had recruited Mr. Trump as an unwitting agent of the Russian Federation.”

Morell also wrote, “President Vladimir V. Putin of Russia was a career intelligence officer, trained to identify vulnerabilities in an individual and to exploit them. That is exactly what he did early in the primaries. Mr. Putin played upon Mr. Trump’s vulnerabilities by complimenting him. He responded just as Mr. Putin had calculated.”

Loading more stories
wpDiscuz
9
0
Would love your thoughts, please comment.x
()
x
| Reply
After news broke that Russian hackers took information on Donald Trump from the DNC, there was speculation that they were helping Trump.