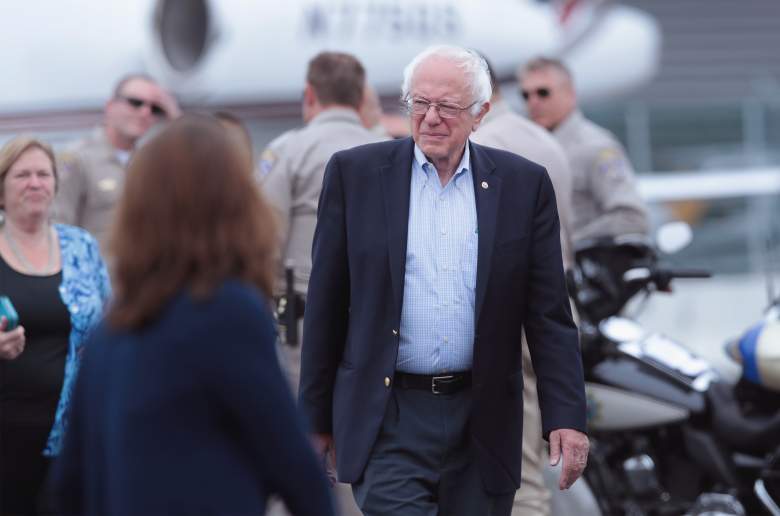 Bernie Sanders heads back to Vermont on Wednesday. (Getty)

Bernie Sanders and President Barack Obama met in Washington today, following Hillary Clinton,/A>’s victories on Tuesday that made her the Democratic party’s presumptive nominee for the presidency. Obama and Sanders have had a rocky relationship over the years and the two will try to reach an agreement about the future of the Democratic party before the convention next month.

UPDATE: Obama did announce this afternoon that he has endorsed Clinton. After the meeting with Obama, Sanders told the media that he will still compete in next week’s primary in Washington, DC and will advocate for his agenda at the convention. “Needless to say, I am going to do everything in my power and I will work as hard as I can to make sure that Donald Trump does not become president of the United States,” Sanders said.

Here’s a look at Obama and Sanders’ relationship and where the two have differed in the past.

1. Sanders Has Been Critical of Obama’s Wall Street Record 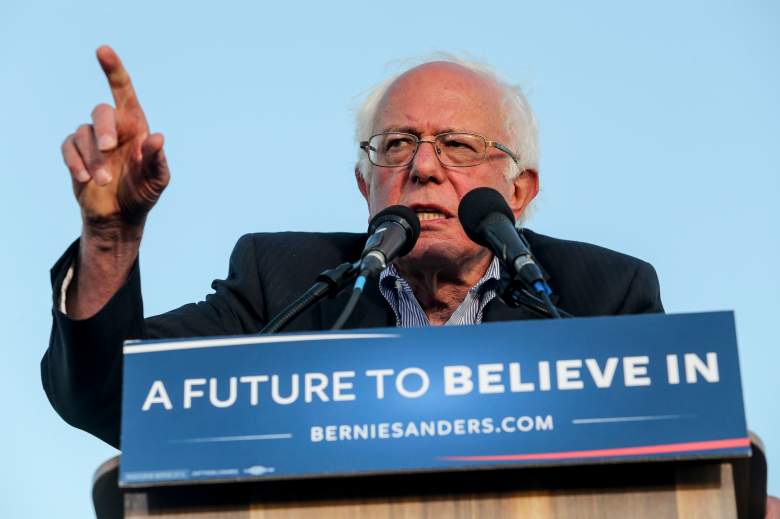 Sanders in Santa Monica on May 23 (Getty)

One point of contention between the two is how Obama has handled Wall Street, despite the Dodd-Frank Law, which some critics said didn’t go far enough to stop another financial collapse. In a debate with Clinton in February, Sanders pointed out that “No Wall Street executive has been prosecuted.” Sanders has also said during his campaign that he wants to break up the banks and reform Wall Street.

In an interview with the New York Times in May, Obama said that Sanders was correct that the Obama Administration wasn’t able to break up the banks. Obama said:

But there is no doubt that the financial system is substantially more stable. It is true that we have not dismantled the financial system, and in that sense, Bernie Sanders’s critique is correct… But one of the things that I’ve consistently tried to remind myself during the course of my presidency is that the economy is not an abstraction. It’s not something that you can just redesign and break up and put back together again without consequences.

2. Sanders Appeared to Suggest That Obama Needed a Challenger in 2012 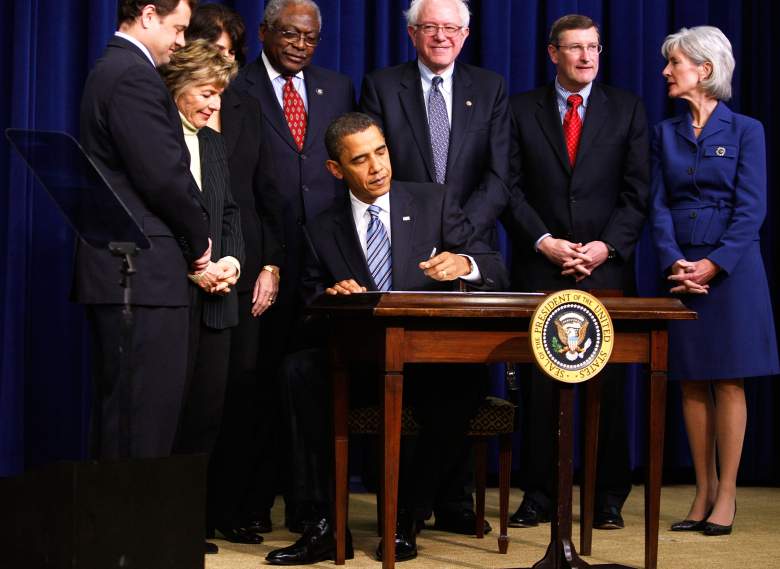 During a debate in November, Martin O’Malley said that Sanders thought Obama needed a challenger during the 2012 primaries. Sanders called that false, but Politifact called it “half-true.” In several interviews in 2011, Sanders did suggest that Obama shouldn’t just be able to walk cleanly to the nomination without be asked about his first term performance.

In a CNN interview in May 2012, Sanders called Obama “the preferable candidate” over Mitt Romney, who he said was “George Bush reincarnated.”

“Is Obama doing everything I want?” Sanders said at the time. “Absolutely not, and among other things he has not been as strong as he should standing up to Wall Street.”

3. Obama Stopped Short of Saying Sanders Would Be a Good President 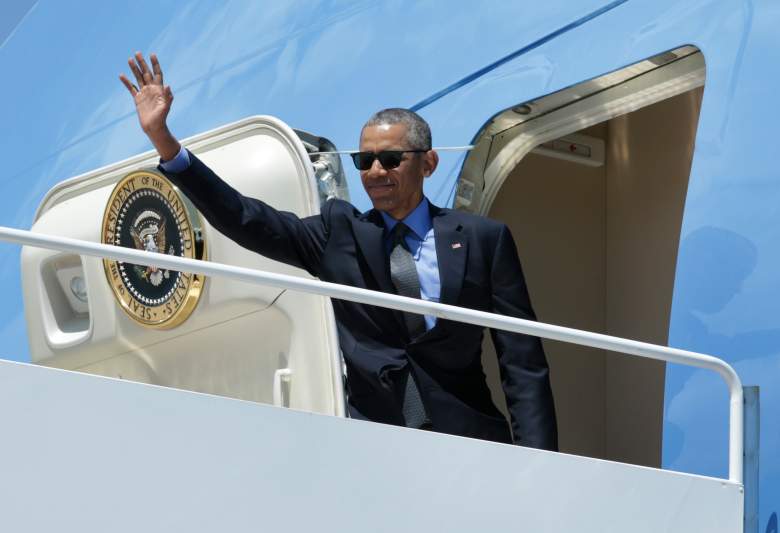 While Obama has said that Hillary Clinton would be a “great” president, he failed to say the same about Sanders in a November 2015 interview with ABC News. Obama did praise Sanders for showing Americans what government can do for them, but that was about it. Obama told George Stephanopoulos:

I think Bernie is capturing a sense among the American people that they want to know the government’s on their side, that it’s not bought and paid for, that our focus has to be on hard working, middle class Americans, not getting a raw deal. And I think that is incredibly important.

Sources told The New York Times in March that Obama was already telling donors to get behind Hillary Clinton instead of Sanders. Obama, who made the comments at a Democratic National Committee event in Austin, Texas, stopped short of calling for Sanders to drop out though.

4. Obama & Sanders Had a ‘Constructive’ White House Meeting in January 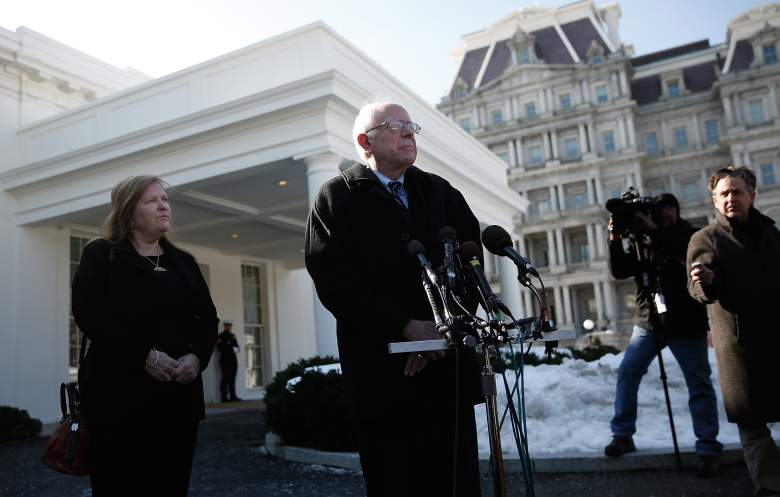 Obama and Sanders previously met at the White House in January for an hour. After the meeting, Sanders said that Obama was still “even-handed” in relation to the race and that it was “constructive.”

The meeting came just a couple of days after Obama spoke with Politico and said that Sanders “came in with the luxury of being a complete long shot and just letting loose.” After the meeting, Sanders insisted that the president was still neutral.

“I know there was some discussion the other day about a Politico interview, where he was tipping the scale toward Secretary Clinton – I don’t believe that at all,” the Vermont senator said at the time.

On Sunday, Sanders and Obama spoke on the phone, CBS News reported. The call lasted about a half hour, but Sanders would not say what they discussed. 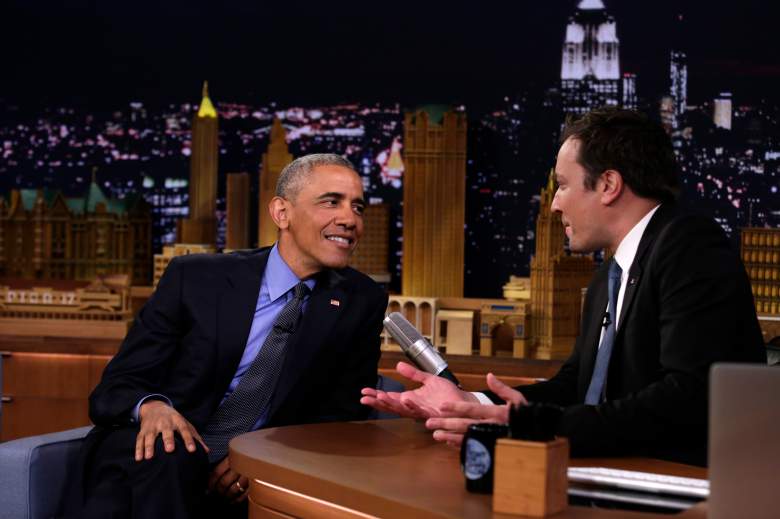 Obama taped his interview with Jimmy Fallon on Wednesday. (Getty)

Obama’s interview with Jimmy Fallon on The Tonight Show won’t air until tonight, but clips have been released to the media. In the chat, Obama does not endorse Clinton or Sanders yet, but he does talk about Sanders’ campaign in past tense, notes CNS News. He said that he though the challenge made Clinton a “better candidate.”

“It was a healthy thing for the Democratic Party to have a contested primary,” Obama told Fallon. “And I thought Bernie Sanders brought enormous energy and his new ideas and he pushed the party and challenged them. I thought it made Hillary a better candidate. My hope is that over the next couple of weeks we’re able to pull things together.”

“Pull things together” is what Obama will try to do today, even as the White House said Obama will not try to get Sanders to drop out. Still, his formal endorsement of Clinton is expected before the end of the week.

Loading more stories
wpDiscuz
1
0
Would love your thoughts, please comment.x
()
x
| Reply
Bernie Sanders will meet with President Barack Obama to discuss the future of the Democratic party. The two have not always seen eye-to-eye.