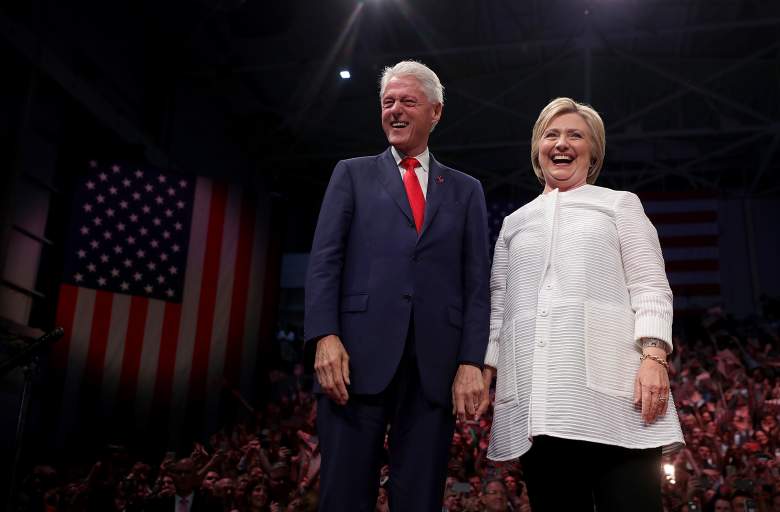 The Clintons at an event in Brooklyn. (Getty)

It’s the biggest day of Hillary Clinton’s life so far. Tonight, with a win in New Jersey over her opponent Bernie Sanders, Clinton reached the number of delegates needed for a presumptive Democratic nomination. It’s an enormous victory after a hard fought battle with Sanders, a battle that Clinton came out of victorious. This nomination would make Clinton the first woman to be at the top of a Republican or Democratic ticket in U.S. history.

Throughout her campaign, her husband and former President Bill Clinton has also been campaigning on her behalf, for better or for worse. But after a historic win on Tuesday night, Clinton took to Twitter to congratulate his wife of 45 years on what adds up to a Democratic nomination.

I keep saying Hillary is the ultimate changemaker, and tonight she proved it. I couldn't be more proud. History made. #ImWithHer

The Clinton campaign, though happy at this turn of events, have urged followers to continue voting, as six states voted today. 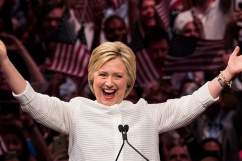 Loading more stories
wpDiscuz
0
0
Would love your thoughts, please comment.x
()
x
| Reply
With Hillary reaching the necessary delegates for the Democratic nomination, there was plenty to celebrate in the Clinton household.