Dean Smith, 53, was one of three people arrested at the Holland Tunnel, heading to New York City, after police stopped them for a cracked windshield and found a cache of weapons including a shotgun, AR-15 rifle, and other tactical gear inside. Smith was with John Cramsey, 50, and Kimberly Arendt, 29, as they were trying to rescue a girl whose friend had just died of an overdose. Cramsey’s life mission was saving addicts after his daughter died of a heroin overdose in February. Smith was likely along with them to video or photograph the rescue attempt.

The three were stopped and arrested on the New Jersey side of the Holland Tunnel around 7:40 a.m. on Tuesday, according to Port Authority police.

1. Smith Accompanied Cramsey in an Attempt to Rescue a 16-Year-Old Whose Friend Died of an Overdose 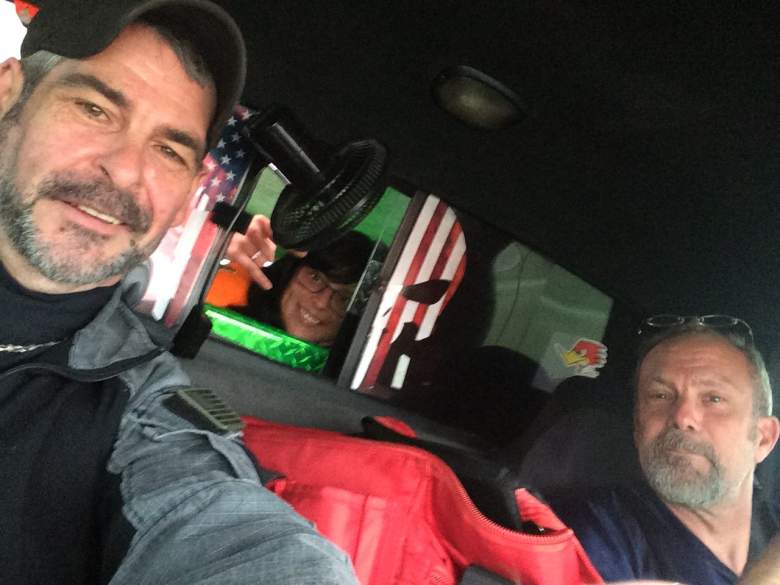 Smith, Arendt, and Cramsey were part of an attempt to rescue a 16-year-old girl whom Cramsey said was scared after her friend died of an overdose. In a post on Facebook, he said the young woman wanted to come home and he was going to take her out of the hotel, along with anyone else who wanted to go. He posted on Facebook when they were about nine miles away from the hotel.

The rescue was part of a group called Enough is Enough, a rescue organization that Cramsey started after his daughter died of a heroin overdose. Cramsey’s daughter, Alexandria “Lexii” Cramsey, died on February 21 when she was only 20. You can see a photo of the truck they were in below:

The three were arrested before they could rescue the girl. Police said they were going to try to find the girl that Cramsey was looking for. Joe Pentangelo, a Port Authority spokesman, said in a statement:

“Astute Port Authority Police work led to the stoppage of a vehicle on the New Jersey side of the Holland Tunnel this morning, leading to the arrest of three individuals from the state of Pennsylvania on a variety of charges related to illegal possession of guns and ammunition. At this time, the investigation is continuing, but the agency does not believe the incident is terrorism-related.”

2. Dean Smith Was Going to Take Photos or Videos of the Rescue

Dean Smith was accompanying Cramsey to document the rescue with photos or videos, according to Facebook posts that the two exchanged shortly before the arrest. Smith had posted on Facebook: “God made humans to be incredible, let’s try living up to our expectations!” Cramsey responded that he wanted Smith to accompany him, with his camera, when he extracted a 16-year-old from a hotel in Brooklyn. The girl had woken up to find her friend dead in the same bed. Smith enthusiastically responded, “I’m there!”

About an hour later, Kimberly Anne Walker tagged John Cramsey in a post on Facebook that read: “Saving a life with a true hero.. Why? Because Enough is Enough”:

The woman arrested was listed as Kimberly Arendt by police.

3. Smith Is the Editor of an Entertainment Magazine Called Nor’Easter

Smith is the publisher and editor-in-chief of Nor’Easter Entertainment Magazine. He’s also the owner of The Smith Design Agency. According to his bio, Smith has worked in graphic design for 20 years and was the creative director for several Fortune 100/500 publications. He’s also on the board of several charities, including OATH (Operation Address the Homeless) and Bully This! Foundation.

One of his hobbies, according to his bio, is playing music. He’s been a member of several bands and supports local musicians.

4. Police Found Firearms, Tactical Gear, and 2,000 Rounds of Ammo in the Truck

According to NBC New York, the three were arrested after their truck was found with a shotgun, handguns, AR-15 rifle, goggles, ammunition, knives, and other tactical gear. One ammo box was labeled “Shoot your local heroin dealer.” Some tactical gear had “Police” written on them. They had 2,000 rounds of ammunition with them, according to the Port Authority police.

5. A Facebook Group Associated with the Rescue Says the Media is Exaggerating What Happened

A Facebook group called “Enough is Enough” had a discussion about the arrest, led by Lyn Baker, who helped start the group with John. She wrote that the group would continue, even though she was more of the behind-the-scenes member and John was the leader of the group. She wrote, “The media us so very much exaggerating” (sic). People commented on the group, letting her know that they supported her and John and the cause. She said that charges were pending, but they would be gun related.

On a post where John had said he was heading out for the rescue, someone later wrote “My heart goes out to all three. I hope we can do something to help these guys by possibly writing letters of character to the judge?” The group is standing by the three who were arrested. 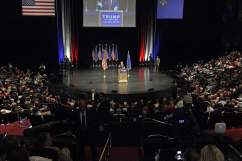 Read More
5 Fast Facts, Breaking News
Follow Heavy ↓
wpDiscuz
5
0
Would love your thoughts, please comment.x
()
x
| Reply
A graphic designer was arrested at the Holland Tunnel with two others and a cache of guns. Smith may have been along to video a rescue attempt.