The scene of the shooting. (Denver Police)

Officers have responded to a reported shooting in Denver with at least one victim, police said on Twitter.

The Tuesday afternoon shooting was reported to be at the Alliance Center, a building that is home to “left-leaning political and environmental groups,” the Denver Post reports.

Sources told KMGH-TV that a gunman opened fire inside the downtown Denver building before fatally shooting himself.

The first call, at 2:43 p.m., was for an “active shooter” in the stairwell, with people “screaming,” according to police scanner transmissions.

This is a breaking news story, here is what we know so far:

1. A Woman Was Taken to the Hospital & Police Say the Shooting Does Not Appear to be Random

The scene of the shooting. (Denver Police)

Police said a woman was taken to the hospital with a gunshot wound. The shooting did not appear to be random, police said.

BREAKING UPDATE (1/3): Shooting in the 1500 block of Wynkoop does not appear to be random. 1 adult, female victim transported w/GSW. #Denver

Witnesses said they could hear gunshots and were hiding under their desks. No other victims were found inside the building.

The victim was reported to be in critical condition, police said. She was shot multiple times. Police said they are working to determine the relationship between the gunman and the victim.

Video taken by a witness shows several people being led out of the Alliance Center with their arms in the air.

Building surrounded. apparently there’s a #shooter inside. Send us your love. #Denver pic.twitter.com/Xt59M1yO44

Police said they were clearing the building.

Active shooter in downtown denver. 2 suspects from what I can gather. Swat team is on site. pic.twitter.com/odajKadvJy

The executive director of Healthier Colorado tweeted out a message about the shooting:

There is an active shooter at the Alliance Center. If you're one of my colleagues in building, get out.

He later said all Healthier Colorado staff were out of the building and safe.

3. The Scene of the Shooting Is Secure, But Several Roads Remained Closed

BREAKING UPDATE: Scene in the 1500 block of Wynkoop is secure. We will be LIVE briefing on the investigation in 10 Minutes! #Denver

Denver Police said the scene of the shooting was secure as of 3:40 p.m.

active shooting scene on my block; view from my #Denver desk pic.twitter.com/qDRIAa5aMr

They planned to release more details at an upcoming press conference.

A witness said the FBI is at the scene.

Police said several roads in the area around the Alliance Center were closed because of the shooting.

“Area of 15th & Wynkoop is an active crime scene. Roads in area will be closed for extended period. Avoid area,” police said.

4. The Alliance Center Is a Multi-Tenant Shared Office Space

Bank robbery or something in in Denver. I just walked past here ten minutes ago, now blocked off with a dozen cops. pic.twitter.com/bVD5oGw1jH

The Alliance Center for Sustainable Colorado is “is a multi-tenant shared space, a center for innovation and learning, a building designed to accelerate the implementation of sustainability in Colorado. The Alliance Center helps our tenants be more effective and efficient at achieving their missions by providing shared services and cohabitation,” according to its website.

It “serves as a physical space to convene and connect organizations and community leaders working on similar issues, and it also serves as a center for learning & outreach.”

The Alliance Center, at 1536 Wynkoop Street, says it also hosts 300 events a year in the building.

Security was already increased in Denver on Tuesday because Democratic presidential candidate Hillary Clinton was in the city.

Clinton visited a technology innovation hub in the city, the Denver Post reported. 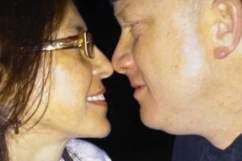 Loading more stories
wpDiscuz
4
0
Would love your thoughts, please comment.x
()
x
| Reply
A shooting has been reported at the Alliance Center in downtown Denver, police say. Multiple victims have been hospitalized.