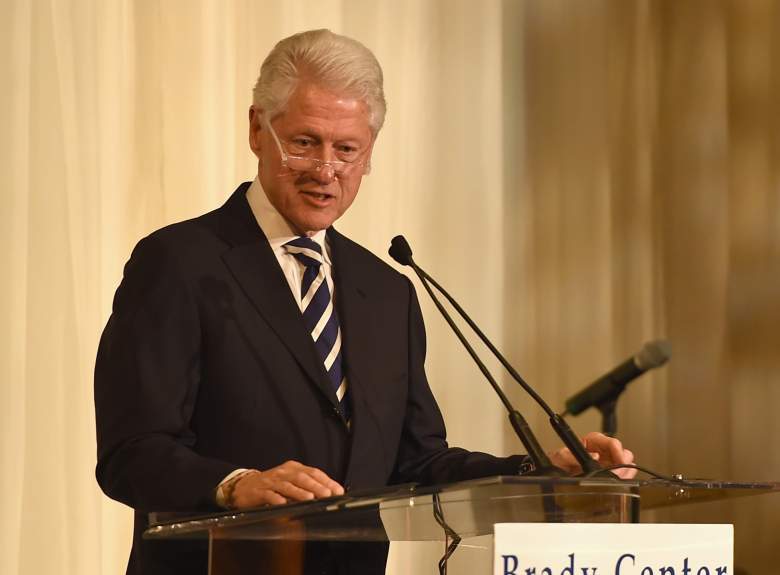 The late Dianne Welch was one of Bill Clinton’s step-siblings as the daughter of his mother’s third husband. Welch had a difficult life and constant struggles with the law and was a drug dealer. The Clintons reportedly tried to keep her story a secret just before Clinton’s first presidential election. Unlike Clinton’s brother Roger, Welch was not pardoned. Welch died in 1998 at age 52.

Here’s what we know about Welch’s life.

1. Welch Was the Daughter of Jeff Dwire 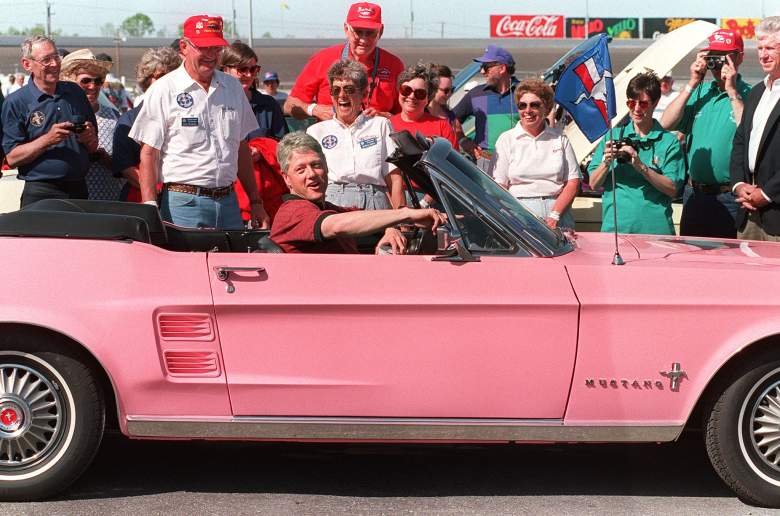 Welch was the daughter of Virginia Clinton’s third husband, Jeff Dwire, who owned a salon Virginia went too. They married in 1968 when Clinton was 21. He died of diabetes in 1974.

Dwire bought the 1967 Mustang that was a visible symbol during Clinton’s 1992 campaign. The car was originally a gift for Roger Clinton and Clinton acquired it while he was Governor of Arkansas.

Dwire also had a seedy past. According to the Clinton biography First In His Class, Dwire was also a divorced and had a “decidedly checkered past.” In the early ’60s, he served nine months in prison for a “stock-swindling case.” 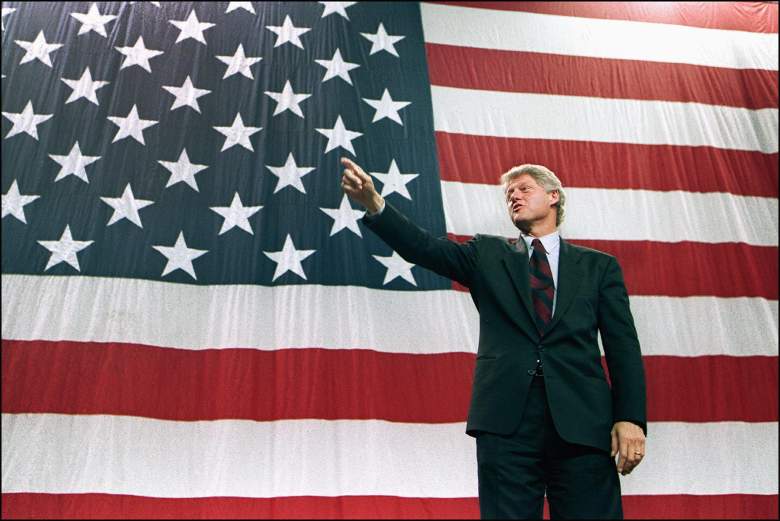 In the early 1980s, her marriage was breaking up and she tried to commit suicide by taking 30 Valium pills. “But then I got scared and phoned my husband, and they rushed me to a hospital,” she said in a National Enquirer interview.

After that, she met a much younger man and committed an armed hold-up.

“Then on March 15, 1985, I went to a pawnshop and bought a .38 pistol,” she said. “And along with a 16-year-old kid I knew, I drove to the Gold Coast Savings and Loan Office in Sugar Land, Tex., across the street from a sugar company where I’d once worked.”

She was sentenced to 10 years in prison in 1985 for an armed hold-up and getting away with $902. Her sentence was later lowered to parole, but after the incident, she began using cocaine and marijuana. 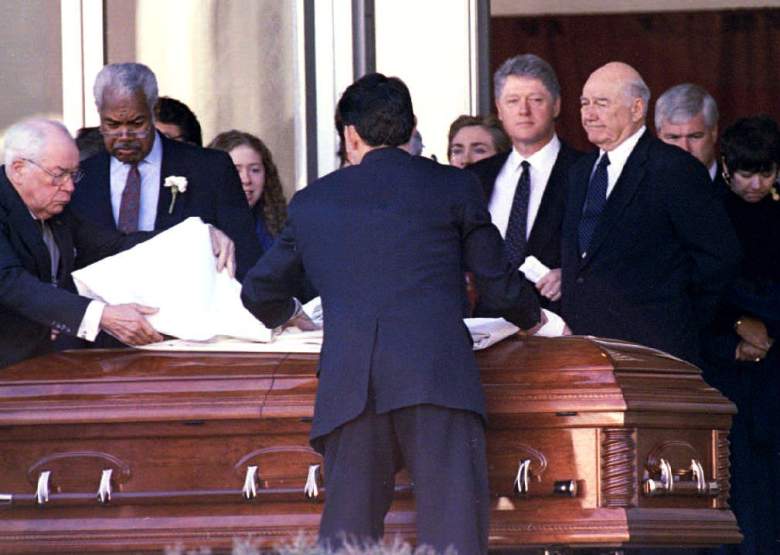 Bill Clinton at his mother’s funeral in 1994 (Getty)

Welch spent six years of a 45-year sentence in prison. She was convicted of armed robberies and drug dealing, as she was found with 50 pounds of marijuana. Legal documents obtained by the National Enquirer showed that she also threatened her lawyer and put out a murder contract on a police officer. The Enquirer reported that she also used cocaine.

She served her sentence in Mountain View Maximum Security Prison in Texas and was released in 1992.

4. Claimed That Clinton Attorneys Warned Her Not to Talk 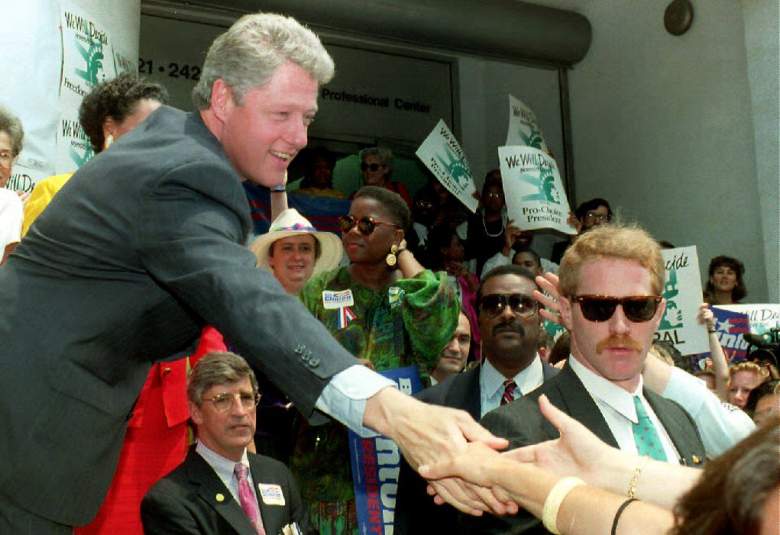 In an interview with the National Enquirer in 1993, Welch insisted that two of “Bill Clinton’s Democratic henchmen – both Houston attorneys – warned me to keep my mouth shut about who I really am.” She also told this story to the New York Post.

She continued, “The lawyers seemed terrified that the press would track me down at such a crucial time,” even though she had not spoken to Clinton since 1975. The book On The Make notes that she also claimed she was forced to stay in a motel until after the election.

5. Welch Isn’t the Only Clinton Sibling to Cause Headaches 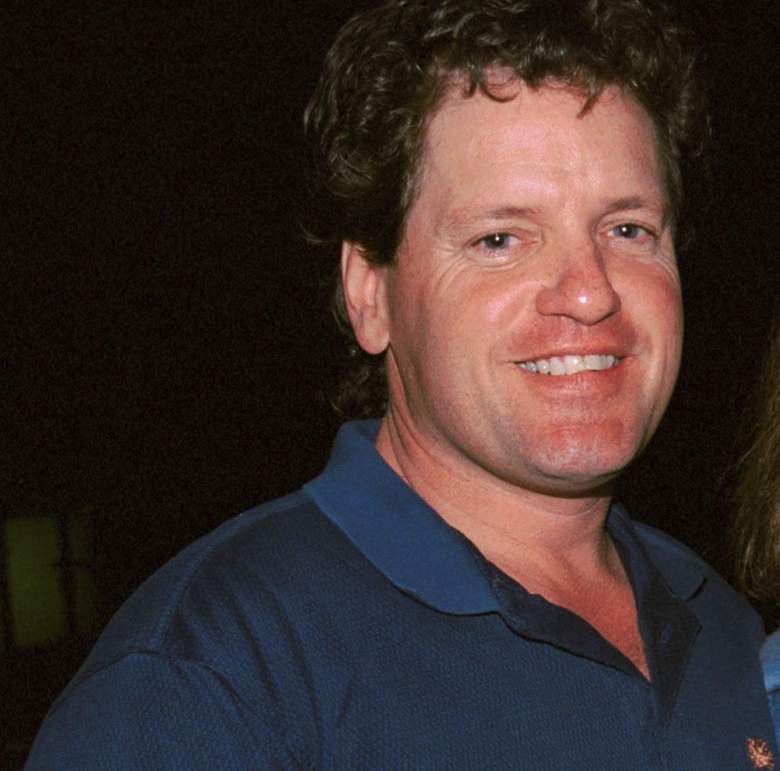 Clinton’s half-brother Roger Clinton has been a continuous thorn in Clinton’s side. He was pardoned by Clinton on a cocaine conviction dating to the 1980s, but found his way back into trouble.

Earlier this month, it was reported by CBS Los Angeles that Roger Clinton was arrested for driving under the influence.

Clinton also has another half-brother, Henry Leon Ritzenthaler. As The New York Times reported in 1993, Ritzenthaler was the son of Clinton’s father, William Jefferson Blythe, and his first wife Adele Gash. Ritzenthaler took his last name from his adoptive father. He also has a half-sister, Sharon Pettijohn, who came forward in 1993 and claimed she was William Jefferson Blythe’s daughter from a relationship with another woman. 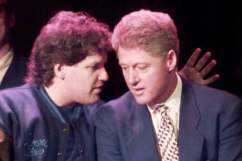