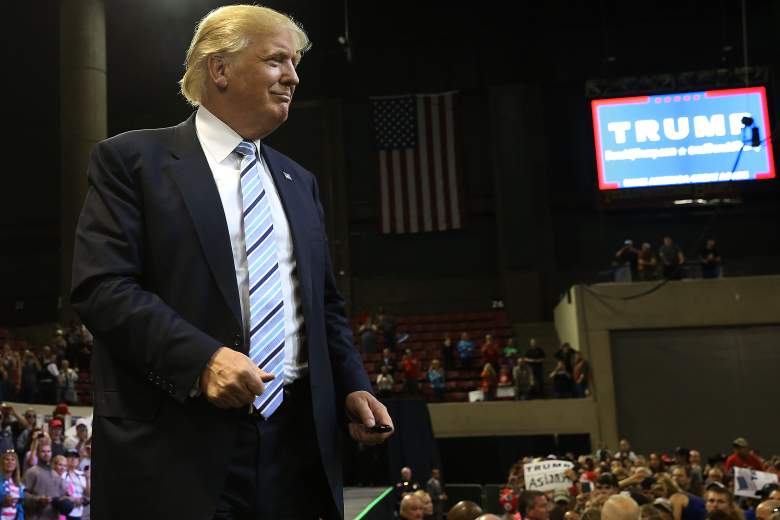 There’s a reason Donald Trump has repeatedly been called the “presumptive” Republican nominee. Though he has passed the requisite number of delegates necessary to earn him the GOP nomination, it won’t be official until the party’s convention in Cleveland this summer, and now there are some rumblings that the nomination could go to someone else.

Yes, after a difficult week for the Trump campaign, many are calling for the Republican National Committee to throw the rule book out the window and revolt against Trump, who they argue has absolutely no chance of winning in November and will do long-lasting damage to the party. In an MSNBC interview on Tuesday, Ron Reagan, son of Ronald Reagan, predicted that Republicans may be seeking a replacement for Trump before July.

So is it actually possible that Trump might not end up as the Republican nominee? Here’s what you need to know.

1. Some Conservatives Want to Unbind Delegates 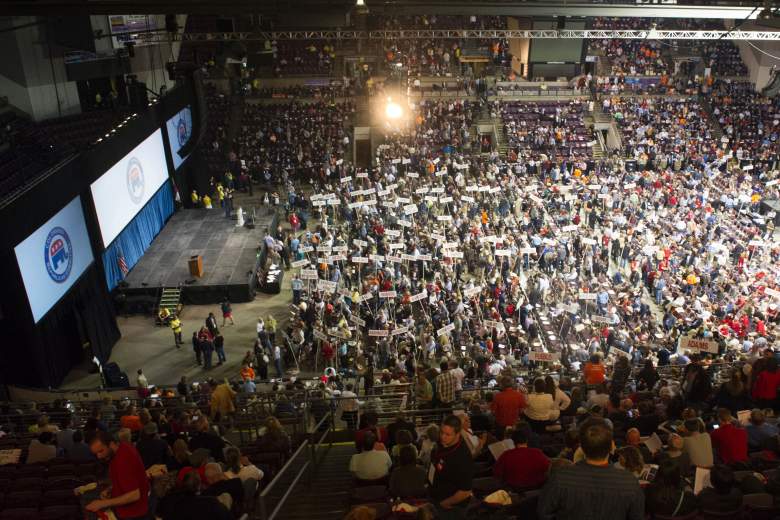 In the midst of one of the most contentious weeks of Donald Trump’s campaign, many conservatives are calling for Republican delegates to “revolt” against Donald Trump and nominate someone else entirely.

On Tuesday, former member of the RNC AJ Spiker tweeted that someone must step forward to challenge Trump.

The Republican Party needs a patriot to step forward, challenge Trump, work delegates and win the GOP nomination for president in Cleveland

Steve Lonegan, a former NJ State Chairman for the Ted Cruz campaign, made similar comments on CNN on Tuesday, saying that Republicans should unbind themselves at the convention and vote for someone other than Trump. 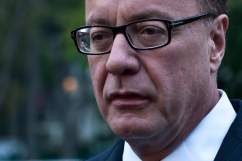 How would this work, exactly? Well…

2. The Convention Rules Can Still Be Changed 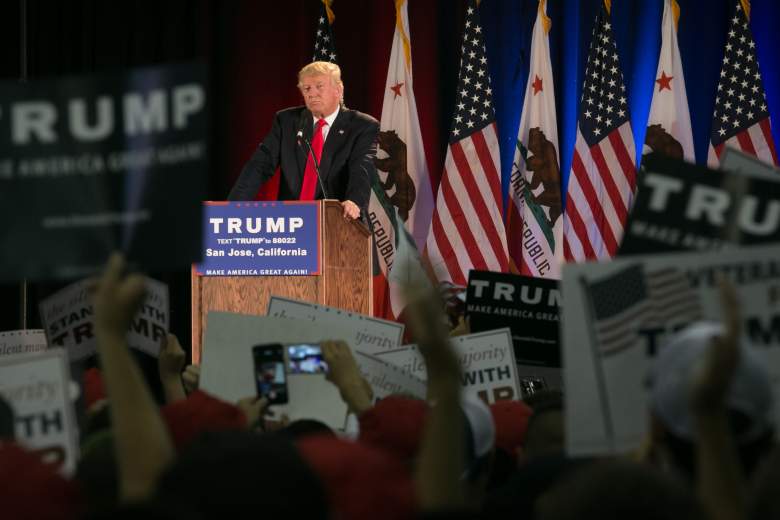 Donald Trump speaks at a campaign rally in San Jose, California ahead of the state’s primary. (Getty)

Delegates are traditionally required to vote for whichever candidate they have been assigned based on the result of their state’s primary or caucus. This is the case on the first ballot, but if no candidate wins during this round of voting, the delegates become “unbound” and can vote for whoever they want. This is why there was so much chatter about a possible “contested convention” a few months ago, when it was thought that no candidate would reach the 1,237 delegates necessary to win on the first ballot.

Since then, Trump has gone over that 1,237 number. So he is guaranteed to be the nominee then, right?

Well, not exactly. Many in the party are now looking at ways that these delegates can unbind themselves even on the first ballot. According to The Washington Post, some Republicans are discussing the possibility of changing the rules the week before the convention so that not all of Trump’s delegates are obligated to vote for him. If this were to happen, it’s quite possible he would fail to earn 1,237 votes, as many Trump delegates have said they would not vote for him if they had a say in the matter.

If the RNC recommends such a major change, the idea would have to go to the Convention Rules Committee for a vote. But if enough delegates get behind the movement to unbind themselves, it’s technically possible they could discard everything that has happened in the primary so far and vote for absolutely anyone.

3. A Potential ‘Conscience Clause’ Has Been Proposed 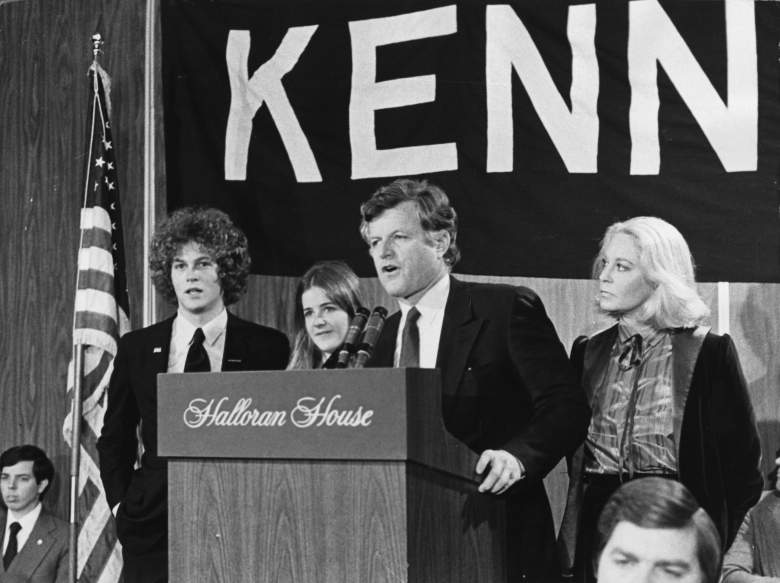 Senator Ted Kennedy was the first candidate to attempt to unbind delegates at the convention. (Getty)

Some delegates have suggested proposing a “conscience clause” to the RNC Rules Committee. This would be a rule that stipulates that delegates should generally vote for who they are assigned, unless the candidate in question fundamentally contradicts the delegate’s set of beliefs.

Guy Short, Republican delegate from Colorado, plans to introduce this clause at the upcoming convention, and if adopted, it would mean that thousands of Trump’s delegates could suddenly become free agents if they feel voting for him would violate their conservative principles. It would no longer matter how any of the delegates’ states voted in the primary.

This idea is not entirely new. At the 1980 Democratic National Convention, Ted Kennedy attempted to unbind delegates on the first vote by adopting a rule by which delegates would vote in “good conscience.” He was hoping to steal enough of Jimmy Carter’s delegates to clinch the nomination for himself, but the proposal was not successful and Carter won on the first ballot.

4. Ted Cruz Could Restart His Campaign 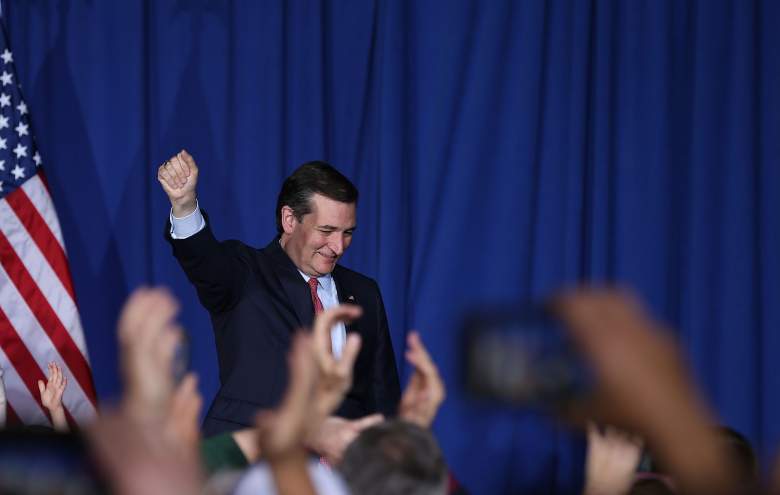 Ted Cruz announces the suspension of his presidential campaign. (Getty)

Ever notice that when candidates drop out of the race, they always say they’re “suspending” their campaign rather than ending it? One of the many reasons for that, in addition to the fact that it allows them to continue to raise funds to pay off campaign debt, is that they could technically jump back in the race at any time.

That means that if a revolt against Trump begins to build in the weeks prior to the convention, Ted Cruz, Marco Rubio, John Kasich, or any other candidate who previously dropped out of the race could make a return and attempt to turn delegates over to their side.

In fact, after Cruz suspended his campaign, he formally requested to keep all of his delegates when he could have easily released them as free agents, according to The Blaze. About 63 of his delegates automatically became unbound from him when Cruz’s campaign stopped being active, but he still retains 564.

That means someone like Cruz could work behind the scenes to unbind delegates on the first ballot and then convince them to vote for him over Trump. On top of his existing 564 delegates, if some sort of massive anti-Trump movement grew, this could technically push Cruz over 1,237.

5. Many Party Officials Are Beginning to Turn on Trump 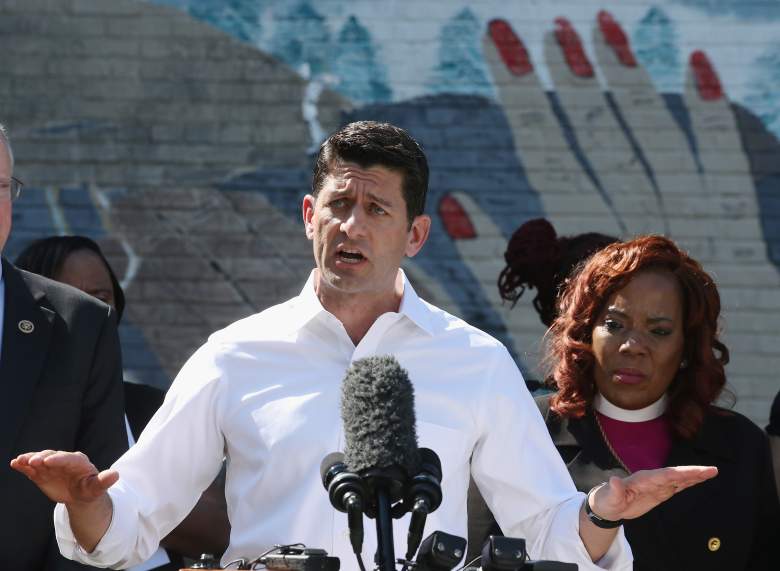 The idea of a delegate revolt seemed rather unlikely a few weeks ago, when the majority of Republicans began to unite around Trump and he had not made any completely outrageous statements for some time. Now, in the days following Trump’s repeated attack of an American judge due to his Mexican heritage, the tides are turning a bit.

On Tuesday, House Speaker Paul Ryan said that Donald Trump’s attack on Judge Gonzalo Curiel was the “textbook definition of racism.” Senator John McCain praised Judge Curiel as representing what the American Dream is all about. John Kasich said that Trump should apologize for the remarks. Marco Rubio said that Trump’s attacks were offensive and wrong. Newt Gingrich said the comments were “inexcusable.”

Virtually every prominent Republican has scolded Trump in the past few days, and Senator Lindsey Graham of South Carolina is going as far as to call on Republicans to un-endorse Trump.

In the previous few weeks, the whole idea of backing Trump, according to politicians like Paul Ryan, was that it was important for the party to unite behind someone who can win in November. But now, with Donald Trump’s entire party condemning him for his blatant racism, that idea might be receiving a second look.

Read More
2016 Presidential Election, 5 Fast Facts, Donald Trump, Politics
Discuss on Facebook
Many Republicans are now floating the idea of a delegate revolt at the convention. How likely is it that Donald Trump will not receive his party's nomination?