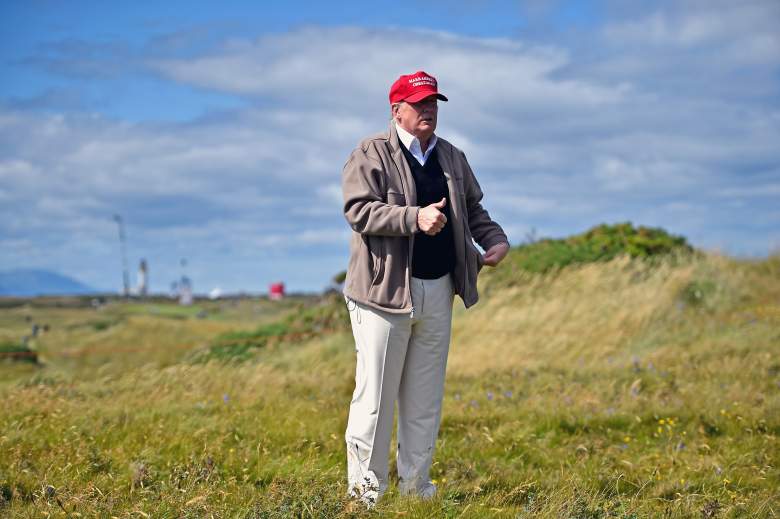 At the end of the worst month of Donald Trump’s campaign, the candidate will be journeying to Scotland this Friday to visit his golf courses.

According to Trump’s campaign schedule, the New York businessman will travel to Trump Turnberry, Scotland on June 24. He will spend two days in the country tending to his golf business, and The New York Times reports that he has no meetings with political leaders scheduled during the trip.

Eric Trump, Donald’s son, told the Associated Press that Trump is traveling to Turnberry to “inspect the course and to support his son who put a tremendous amount of time and energy into the project.” 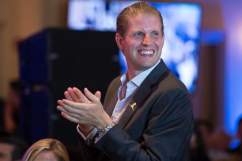 This trip comes days after it was revealed that the Trump campaign only has $1.2 million in cash on hand, an incredibly low amount for such a high profile candidate. The Times reports that many within Trump’s inner circle are frustrated by his decision to go to Scotland this week and wish Trump would cancel the trip to focus on the campaign.

“Everyone knows this is the wrong thing for the nominee to be doing now, and it is amazing this can’t be stopped,” political strategist Scott W. Reed told the Times.

Republican Senator John Thune told the Associated Press that he’s not sure what the purpose of Trump’s trip is and that he hopes the candidate “would get back here quickly.”

Trump is expected to hold a press conference from Trump Turnberry at 10:00 a.m., which will be followed by a ribbon cutting ceremony.

Loading more stories
wpDiscuz
0
0
Would love your thoughts, please comment.x
()
x
| Reply
At the end of the worst month of his campaign so far, Donald Trump will be traveling to Scotland on Friday to check on his golf courses.