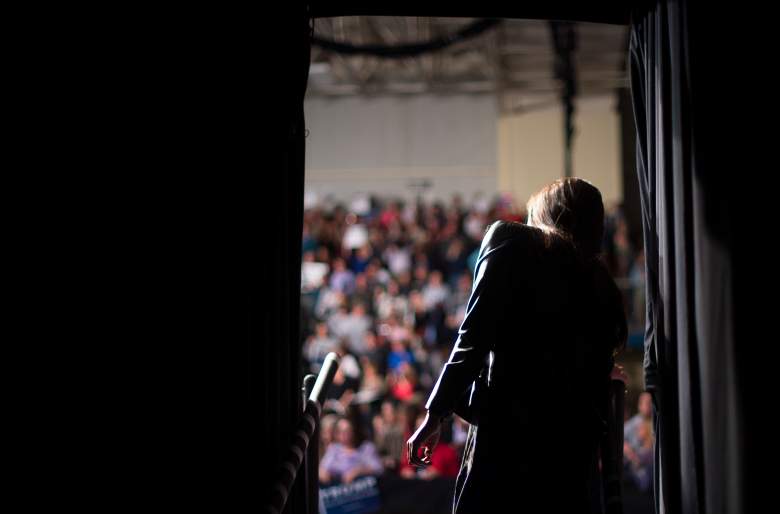 Donald Trump’s campaign manager Corey Lewandowski will no longer be working for the Republican presidential candidate, according to The New York Times.

This puts all eyes on press secretary Hope Hicks, who along with Lewandowski has been a vital part of Donald Trump’s presidential run since the beginning. And considering Hicks and Lewandowski were often at odds with one another, this news may confirm that Hicks really is the most influential adviser working behind the scenes at Trump tower.

Here’s everything you need to know about Hope Hicks.

1. She Has Never Worked on a Campaign Before

Now that Trump's campaign manager is gone, Hope Hicks is more important than ever: https://t.co/KB2poIk1GS pic.twitter.com/V99DlBrcMN

The person helping to run the campaign of the Republican party’s presidential nominee had never worked in politics until two years ago.

According to GQ, Hicks graduated from Southern Methodist University in 2010 and soon began a career in public relations. She was hired in 2012 to work with Ivanka Trump, Donald’s daughter, on her fashion line, and the two soon became close.

Donald himself was impressed with Hicks’ work and decided to hire her. She joined the Trump Organization as director of communications in October of 2014 without having any idea that in a few months Trump would be launching a campaign for president.

2. She Once Pursued a Career as a Model

Born in Greenwich, Connecticut, Hicks pursued a modeling career as a young girl, although she later decided to go into public relations. Still, the modeling experience came in handy when she worked for Ivanka Trump, as Hicks herself actually modeled a few pieces from Ivanka’s clothing line for the website.

Hicks was also enthusiastic about lacrosse as a kid, going on to play on Southern Methodist University’s team. Even though she would not become involved in the world of campaigning until recently, Hicks does say she was interested in politics from when she was young.

Hicks told Marie Claire, “I was home for Easter, reading an article from when I was 11 or 12, talking about how my career as a model had taken off. It said, ‘If modeling doesn’t work out for you, what would you do?’ And I said, ‘Well, I’m not really sure, but I’m interested in politics.'”

3. She Almost Left the Trump Campaign 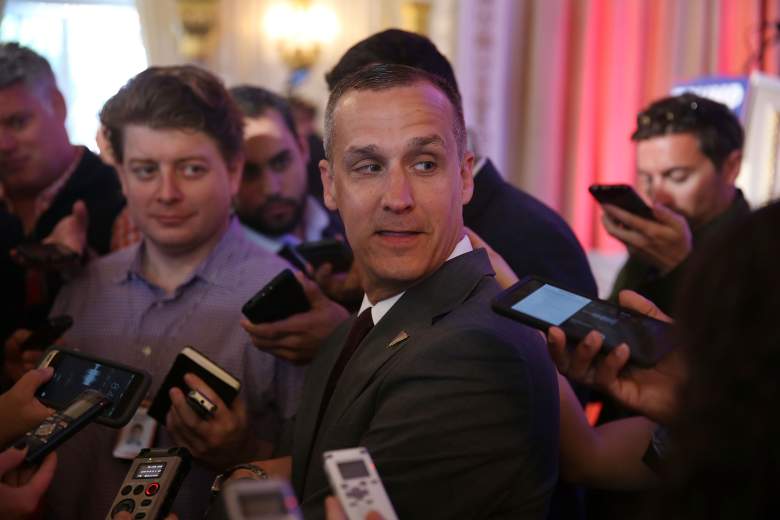 Not long after it became clear that Donald Trump would be launching a presidential campaign, GQ reports that Hicks was told she had to choose if she wanted to work on the political or corporate side of Trump’s company.

At the time, Hicks was already serving as Trump’s press secretary as he visited early primary states. But she never expected this to be a permanent position, and so she decided she would leave the campaign and return to the corporate side of things.

Trump’s inner circle was not happy; political adviser Sam Nunberg told GQ that Cory Lewandowski berated Hicks, made her cry, and told her she was dead to him. Eventually, Trump himself convinced Hicks to stay on the campaign.

This would not be the end of the conflict between Hicks and Lewandowski, though. In May, they were seen screaming at each other on the streets of Manhattan, with Hope yelling at Lewandowski, “I am done with you,” according to Page Six.

4. She is Tasked with Banning Journalists Trump Doesn’t Like 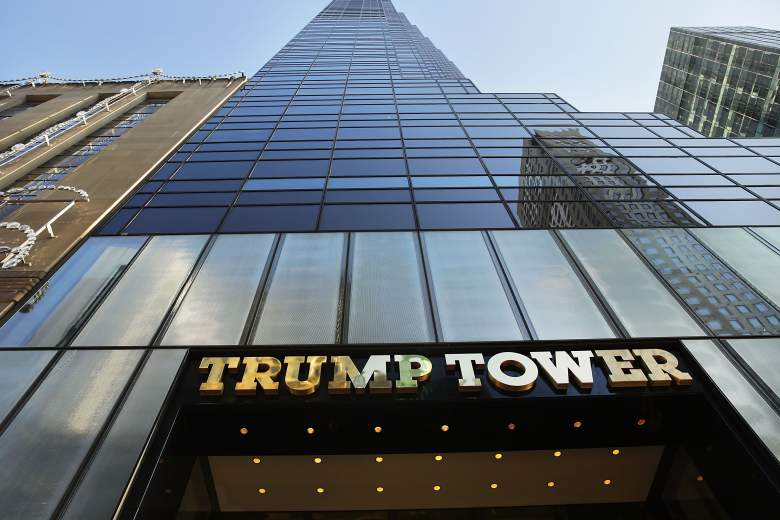 When she’s not on the road, Hope Hicks spends much of her time working out of the campaign offices in Trump Tower. (Getty)

Donald Trump has become notorious for his hostile treatment of the press, as he is frequently insulting journalists on Twitter, emailing them angry responses to articles, or outright banning them from the campaign trail. As it turns out, this is a major part of Hicks’ job.

Hicks herself sorts through the Trump campaign’s onslaught of media requests, but every morning Trump reads 30 to 50 articles about himself and Hope deals with the ensuing rage.

“She sees the tantrums, and there are tantrums,” a source told GQ. Trump will evidently scream about reporters to Hicks, telling her “This guy’s banned! He’s banned for a while.”

Hicks has become notorious among the press for not responding to inquiries. In fact, a parody Twitter account called @HicksNoComment repeatedly replies to mentions of Hicks’ name with the phrase, “Trump campaign Spokeswoman Hope Hicks did not respond to repeated requests for comment.”

5. She Has Been Behind Many of Trump’s Controversial Exchanges 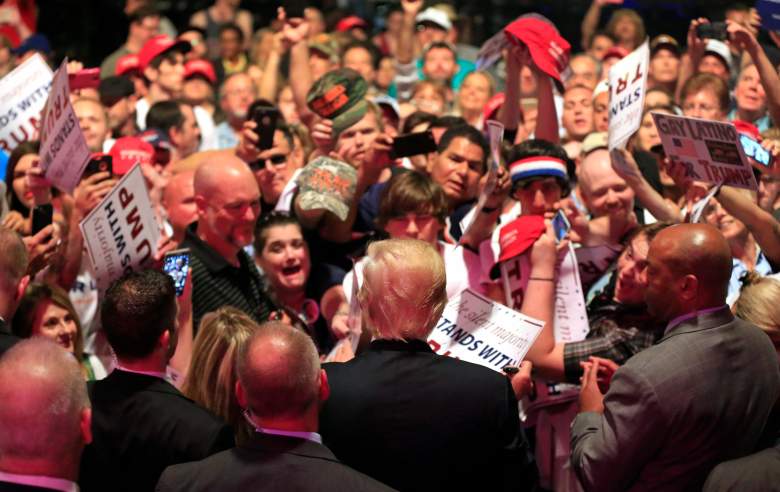 During several of the most contentious moments of the Trump campaign, such as Donald’s spat with Pope Francis or his comments that women should be punished for getting abortions, Hope Hicks was behind the scenes pulling the strings.

According to GQ, Hicks helped craft Trump’s response to the Pope and organized the approach to rebuking the head of the Catholic church. She was also tasked with going after Michelle Fields, a reporter for Brietbart who accused Cory Lewendoswki of assaulting her. Hicks accused the reporter of lying for attention. And when Trump had to issue a response to his confusing abortion position, this statement was crafted by Hicks.

Some D.C. insiders feel that Hicks, a talented young woman, will regret having her name associated with such a divisive campaign.

“She made a choice to work for the most fascist candidate in recent American history,” a political spokesperson said. “Everyone who knows her tells her to stop doing this and putting her name on stuff.… She is going to regret everything she’s said and done. And I don’t think she knows it yet.”

Others disagree, though, praising Hicks for her talent and work ethic.

“When looking at Hope [as a job candidate], I’d be less interested in how intimately she was involved in crafting Trump’s persona and more interested in how she functions under pressure, works with reporters and carries herself with integrity — all of which she does very well,” Hollywood executive David Shane told The Washington Post.

Loading more stories
wpDiscuz
0
0
Would love your thoughts, please comment.x
()
x
| Reply
27-year-old Hope Hicks is the press secretary for Donald Trump's presidential campaign, and she ended up in that position very much by accident.