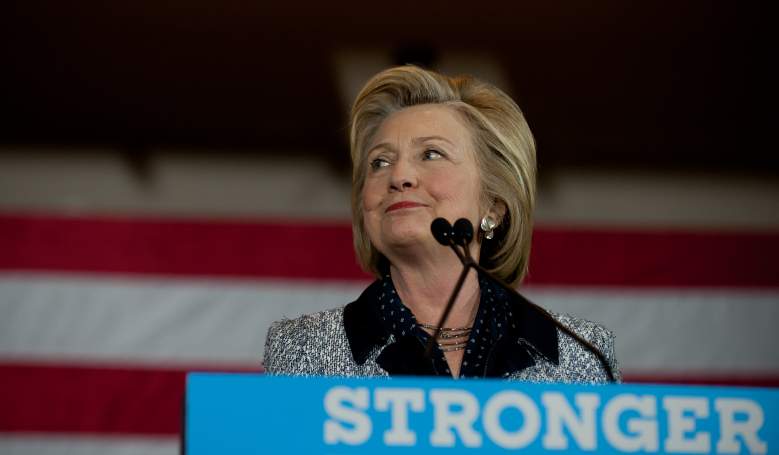 Absent from that lineup is Iowa, a swing state that Trump was not able to win during the presidential primaries. However, although the newest polls out of Iowa are several months old, they still suggest the state is much more in play than New York or California, both of which are extremely blue and which see Hillary Clinton beating Donald Trump by double digits.

Here are all of the general election polls we have seen from Iowa via Real Clear Politics.

The most recent Iowa general election poll was held in January, ahead of the state’s caucus. Even though voters ended up favoring Ted Cruz, this poll still showed that a hypothetical matchup between Trump and Clinton was all tied up. The poll from Public Policy Polling was conducted between January 8th and January 10th by speaking to 1,901 registered voters over the phone.

Another poll from NBC/The Wall Street Journal/Marist was conducted in January by speaking to 2,821 registered voters over the phone. The margin of error is 1.8 percentage points.

Clinton beat Trump by eight points in this poll, an unusually large lead for her compared to other Iowa results. In a matchup of Clinton and Ted Cruz, Cruz actually emerged victorious, beating Clinton 47% to 43%. Marco Rubio also beat Clinton 47% to 42%.

Another Public Policy Polling poll was conducted from December 10th to December 13th by surveying 1,426 registered Iowa voters over the phone. The margin of error is 2.6%.

Though the January PPP poll was tied, Clinton was able to beat Trump back in December, although this victory was within the margin of error. In a matchup between Ted Cruz and Hillary Clinton, Cruz beat Clinton 47% to 44%. Marco Rubio also defeated Clinton 48% to 41%. Bernie Sanders did about two points better than Clinton against Republican opponents in the general election.

An October poll found the Clinton and Trump matchup neck-and-neck once again. The poll from Public Policy Polling was conducted from October 30th to November 1st by speaking to 1,668 registered Iowa voters over the phone. The margin of error was 2.4%.

Marco Rubio held a more solid lead over Clinton, 45% to 43%, while Trump actually fared better against her than some of his primary opponents. John Kasich trailed Clinton by seven points, while Cruz was behind by two points.

A NBC/Wall Street Journal/Marist poll conducted in September showed Trump beating Clinton by pretty substantial numbers. The poll was conducted by speaking to 1,061 registered Iowa voters. The margin of error is 3.0 percentage points.

In this particular poll, Clinton trailed virtually every one of her potential Republican challengers. Jeb Bush beat her by 10 points, and Carly Fiorina beat her by 14 points.

Another NBC/Marist poll from the previous month also saw Trump ahead of Clinton, though not with quite as sizable a lead. The poll was conducted from August 26th to September 2nd by speaking to 998 registered voters. The margin of error was 3.1 percentage points.

Jeb Bush was also significantly ahead of Clinton at this point in the election season, ahead of her by 11 points.

The earliest Iowa poll on record was more favorable for Clinton, though still relatively close. The poll was conducted from August 7th to August 9th by speaking to 1,500 registered voters. The margin of error was 3.5 percentage points.

Clinton beat most of her Republican challenges except for Ben Carson, Mike Huckabee, Marco Rubio and Scott Walker.

Loading more stories
wpDiscuz
0
0
Would love your thoughts, please comment.x
()
x
| Reply
Iowa's general election polls show that the state is a tossup between Hillary Clinton and Donald Trump, with many polls within the margin of error.